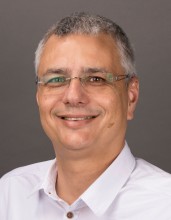 Sitki Egeli is a military and security studies analyst teaching at Izmir University of Economics. He began his professional career in a D.C.-based lobbying firm. From 1991 to 1999, he served in Turkey’s Undersecretariat for Defense Industries (SSM) as Director for Foreign Relations. Between 2000 and 2015, he was hired as a senior executive by an international consulting firm specializing in defense and aerospace industries. He holds degrees from the Bosphorus University (BA), the University of Chicago (MA), and Bilkent University (PhD). He has written several books and articles on proliferation of WMD, missile defense, arms and export controls, air power, and Eastern Mediterranean and Black Sea security.