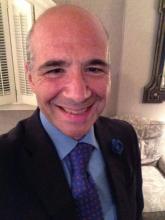 George S. Corey established his private equity and banking law practice in 2014 after 25 years of public service as a senior attorney and financial manager for the U.S. Small Business Administration.  (SBA provides $40 billion a year to small businesses by investing in private equity funds, with up to $350 million per fund, and by guaranteeing commercial loans, with up to $5 million per loan.)  Mr. Corey currently advises private equity firms in the acquisition of middle market, non-depository lenders and their commercial loan portfolios in the $250-$500 million space, and advises private companies in their start-up and growth phases, most recently in the federal defense-contracting industry.  Mr. Corey is a member of several legal, private equity and banking associations, including the Arab Bankers Association.

Mr. Corey serves on the Boards of the National Building Museum and the Washington, DC Police Foundation, and previously served on the DC Police Chief’s Civilian Advisory Council, and received the DC Police “Civilian of the Year Award" for 2013.  Mr. Corey is involved with several DC charities, most notably "Bread for the City," which provides services to DC’s most vulnerable residents.  Mr. Corey assists MEI by fundraising and by sponsoring the creation of a "Young Leaders Council" to encourage the next generation of Middle East leaders.

Mr. Corey’s family immigrated to the United States from Beirut in 1968. Mr. Corey was born in Cairo and both his parents attended the American University Medical School in Beirut. Mr. Corey has a JD and a MBA from Tulane University in New Orleans.