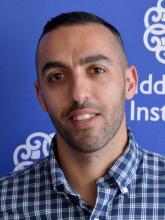 Antoun Issa has been a journalist and commentator on Middle Eastern affairs for six years, having previously worked as the Beirut-based News Editor for Al-Monitor. His work has mostly focused on the Levant and regional geopolitics. He has also written for a number of media outlets, including The Guardian, Foreign Policy, The National, The Huffington Post, and ABC (Australia), and appeared on a number of broadcast networks, including Al Jazeera English, HuffPost Live, BBC, and ABC (Australia). He holds a Masters in international affairs from the Australian National University and a Bachelors in media studies from LaTrobe University. On Twitter: @antissa