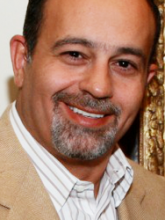 Abbas Zuaiter is Managing Member of Zuaiter Capital Holdings (ZCH), LLC, a Greenwich, CT-based private family office. Mr. Zuaiter currently serves as Chairman of the Board of Directors of Adecoagro, SA and is a member of the Board of the Arab Bank (Suisse).

Mr. Zuaiter co-founded ZCH after he retired from Soros Fund Management (SFM) in early 2013. During his tenure of over a decade at Soros Fund Management, Mr. Zuaiter served in various capacities, including the role of Chief Financial Officer and Chief Operating Officer. He was a constant member of the SFM’s Executive, Investment, Management, Capital Allocation and Risk Committees. During his tenure at SFM, assets under management more than tripled, primarily as a result of capital appreciation.

Prior to joining SFM, Abbas was a Partner in the Financial Services Practices of PricewaterhouseCoopers, LLP (“PwC”). At PwC he served some of the most significant private and public financial institutions in the world.