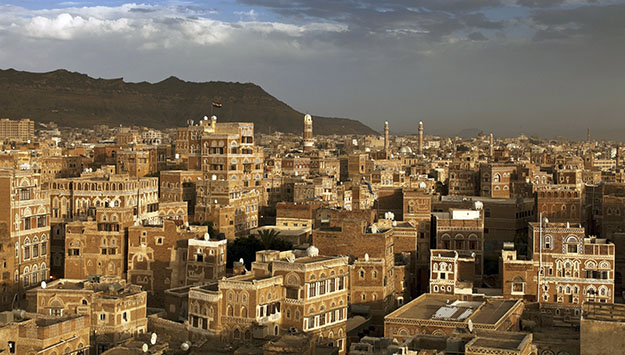 The members of the Friends of Yemen, comprising over 30 governments and several international institutions, including the United Nations, World Bank, Arab League, and European Union, gathered for their sixth meeting September 25 in New York on the margins of the UN General Assembly. Chaired by the governments of Yemen, Saudi Arabia, and the United Kingdom, participants praised Yemen’s efforts to implement a political transition through inclusive and comprehensive dialogue and negotiation—a stark contrast to the course of events in better-known Syria and Egypt. UN Secretary General Ban Ki-moon captured the mood in his remarks, saying how impressed he was by the manner in which the transition process has advanced, citing the courage and determination of the Yemeni people, and applauding the participation of youth, women, and civil society in the national dialogue. Ban noted the fragility of the process and recognized the many challenges that lie ahead, but he pledged the commitment of the international community to stand with Yemenis and expressed his confidence that they will persevere on a peaceful and constructive path.

Deputy Secretary of State William Burns, representing the United States, echoed these sentiments and added that humanitarian assistance and economic reform and development are key elements to the success of the transition process, signaling that Yemen may be moving to a new phase focusing less on politics and more on the bread-and-butter issues felt keenly by average citizens. Burns, in his remarks, and the Yemeni, Saudi, and British co-chairs, by way of a formal statement issued at the meeting, urged Yemen to move forward on economic matters, with Burns saying, “The hard truth is that Yemen’s democratic transition cannot succeed without a sense of confidence in a better and more inclusive economic future. Undertaking reforms today…will better position the Yemeni government to tackle the challenges of tomorrow.”

Prior to the meeting, Yemeni Minister of International Cooperation Mohammed al-Saadi told journalists in New York that his government would press countries to deliver on the pledges of assistance—totaling $7.8 billion—they made during a September 2012 donors conference in Riyadh. He acknowledged that countries had delivered 24 percent ($1.8 billion) of the pledges but that Yemen was eager to move ahead with projects that would be funded by the remaining $6 billion.

Donors have been hesitant to deliver on their pledges out of concern about how their money would be used. Yemen is a notoriously corrupt society, with a significant percentage of complex business transactions going toward procuring the support of the many authorities, formal and informal, that seek a piece of, or play a role in, projects’ implementation. To allay these well-founded concerns, Yemen, in coordination with the World Bank, established the Mutual Accountability Framework (MAF) and recently appointed Hedi Larbi, a former World Bank director for the Middle East and North Africa, as head of the MAF Executive Bureau. The Framework is designed to expedite the delivery and disbursement of assistance by (1) forcing the Yemeni government to spell out its reform and development priorities; (2) listing and describing projects that would be funded by donors; and (3) requiring transparency and accountability for funds spent in support of the projects.

Now, with the MAF set up, the head of the Executive Bureau in place, and the government providing detailed information about projects and financial safeguards, the Friends co-chairs, in their statement, commended Yemen for these fundamental steps addressing priorities and anti-corruption and urged donors to disburse their pledges. While no one expects immediate implementation, Yemen and the international community’s diligent work on these critical building blocks pave the way for a meaningful improvement of conditions on the ground for average Yemenis.

The new focus on economic issues does not mean that nagging political issues have been resolved. While most analysts would credit the ongoing National Dialogue Conference with having succeeded well beyond expectations, two of the seven substantive areas still require further work—southern issues and “state-building” issues. The two working groups that are handling these issues, which are linked, have yet to put forth their recommendations. They are grappling with the nature of the future relationship between the national government and regional governments. To varying degrees, southerners seek greater autonomy, even separation, from the capital Sana, harkening back to the days of the People’s Democratic Republic of Yemen, aka South Yemen, which existed from 1967 to 1990. Participants within the national dialogue appear to have agreed that a future government must be based on federalism, but the active question is the nature of the federal state, in particular whether there will be two regions, or up to five regions. A two-region scenario could set the stage for a possible future referendum on the south seceding from the country—a possibility many southerners seek as an option and those with a stake in the current system abhor. As a result, histrionics and showboating continue apace, with various groups of southerners and northerners boycotting or withdrawing from sessions, and President Abd Rabbu Mansour Hadi playing an increasingly high-profile and decisive role in addressing basic concerns and asserting leadership.

While the issues of the south and the future nature of the state have caused the National Dialogue Conference to be extended beyond its original deadline of September 18, the parties appear to be committed to resolving outstanding issues and generally adhering to the timeline of the Gulf Cooperation Council-brokered political transition initiative. Upon completion of the dialogue, a constitutional drafting committee will be selected and will deliver a draft constitution to be considered in a national referendum by the end of the year. National elections carried out under the new constitution are scheduled to be held in February 2014. While Yemen may not hit the February target, which is only five short months away, the international community is likely to continue to maintain pressure on Yemenis so the country can exit from this transitional period and establish a new government that will have a mandate to tackle Yemen’s many challenges.