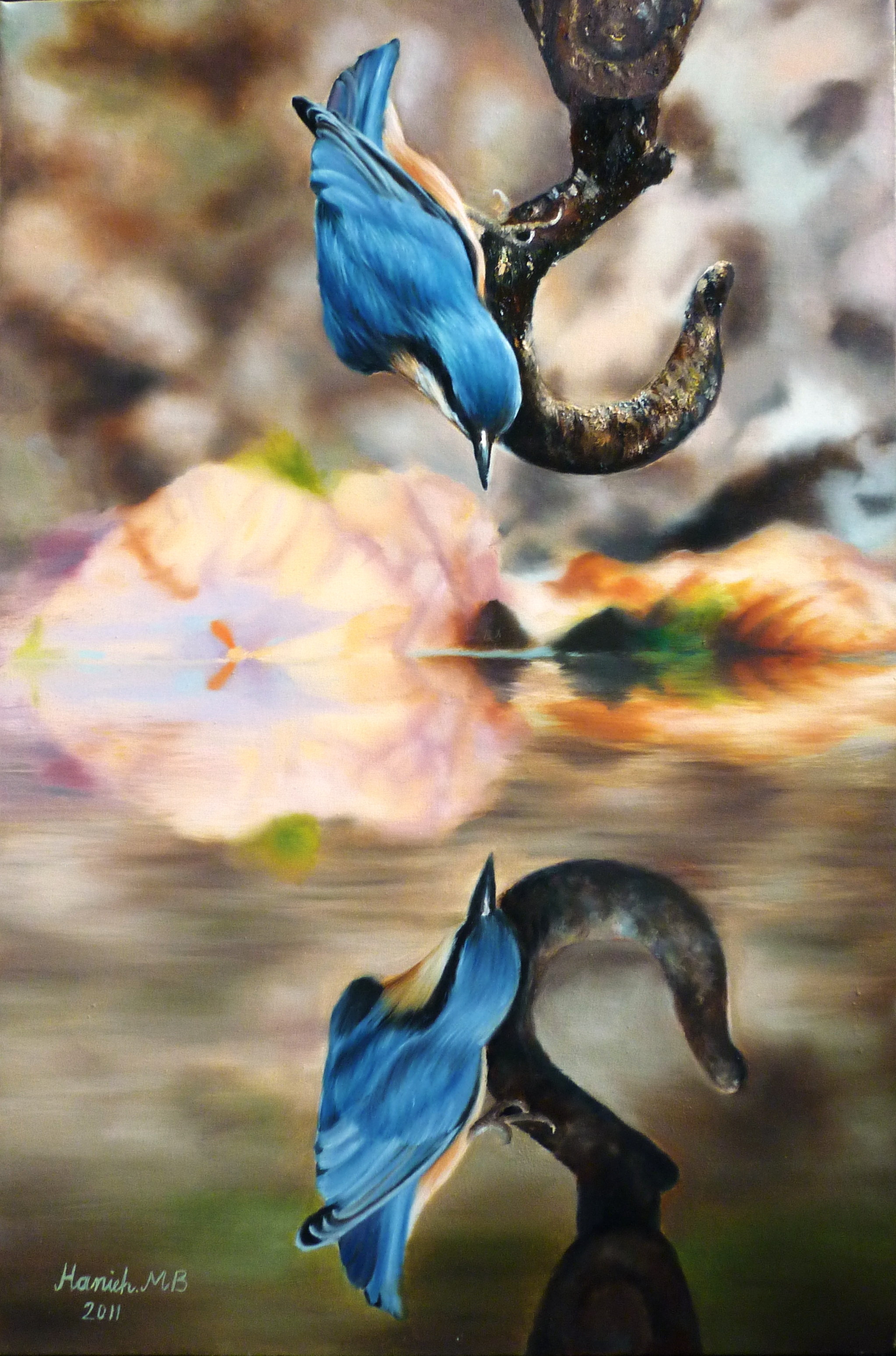 The Iranian diaspora in Malaysia is a diverse and vibrant community of educators, students, artists, and entrepreneurs. The following essays provide snapshots of the historical and cultural connections between Iran and Malaysia, as well as the personal and professional experiences and creative output of some of the members of this community.

Popular art produced by immigrant artists reflects their special circumstances, namely the challenges and limitations associated with navigating two cultures. Such is the case for many Iranian artists in Malaysia who have nonetheless overcome these obstacles to create art.

Artist Asghar Yaghoubi, who was born in Shiraz, Iran, moved to Malaysia in 2008. An accomplished painter and sculptor, he also teaches art at the Cube Gallery, of which he is the founder and director. The gallery is the first and only art gallery in Southeast Asia owned by an Iranian.

Alireza Salehi Nejad, an Iranian citizen who resided in Malaysia from 2007 through 2010 as a student and then a businessman, recently spoke with MEI about his experiences living in Kuala Lumpur. He graduated from Asia Pacific University (APU), a partner of Staffordshire University in Malaysia, with a degree in business information technology and then established a consulting company whose clients are foreigners who wish to invest their capital in Southeast Asia, particularly in Malaysia, and Malaysian residents who wish to invest in other countries, especially in the Middle East and Western Europe. Alireza also founded a mountaineering club, which boasts more than 700 members, the majority being from Malaysia, Iran, Pakistan, Tanzania, Indonesia, and Kazakhstan.

Artist Pegah Jahangiri hails from Tehran, but is currently a doctoral student in visual arts at the University of Malaya, Malaysia. She recently spoke to MEI about her work with batik, strikingly dyed cloth found all over the world, but particularly popular and refined in Southeast Asia.

Historical Dimensions of the Shi`a in Southeast Asia
Christoph Marcinkowski

Shafi`i Sunnis dominate the Malay-Indonesian world, including Singapore, southern Thailand, and the southern Philippines. Shafi`is also constitute the majority of southern India’s Muslim population, a fact that is of historical relevance to the Islamization of Southeast Asia. Persia, too, was one of the centers of Shafi`i Sunni scholarship prior to the establishment there of Twelver Shi`ism as the “religion of state” in 1501 under the Safavid dynasty. Yet there is also a Shi`i presence in Southeast Asia, and it is not simply a result of post-1979 events in Iran. It is rooted in a historical trajectory, especially of Islamic mysticism, or Sufism.

Malaysia―a majority Muslim but multi-religious Southeast Asian country, a leading member of the Organization of Islamic Cooperation (OIC), and one of Asia’s “tiger economies”―is home to tens of thousands of Iranian citizens and of Malaysian (formerly Sunni) converts to Shi`ism. According to conservative estimates, in Kuala Lumpur alone there reside about 100,000 Iranian nationals, including university teachers, students, and especially businesspeople―among them adherents of various political positions.

The Iranian diaspora in Malaysia is incredibly diverse. Supporters of the Green Movement, students, individuals who fast and pray and those who do not know the direction of the qibla, clerics who promote secularism and those who promote the authority of the vilayat-i faqih, Iranian Kurds, Turks, and Arabs, journalists, artists, and environmentalists: all these—and more—constitute the community of Iranians who have fled or quietly moved to Malaysia.