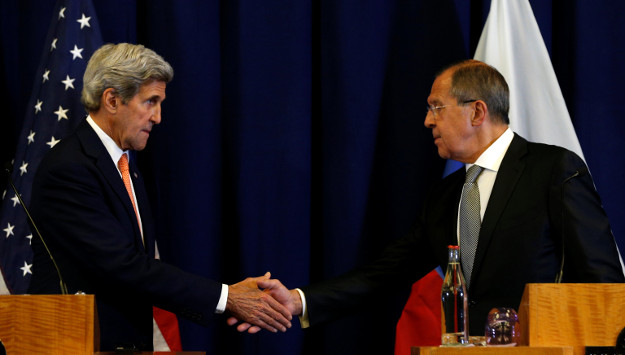 he latest diplomatic attempt to bring calm to Syria and pave a pathway toward peace appears to have failed. After a week of blocked aid deliveries and cease-fire violations, Russian aircraft on Monday reportedly bombed a joint U.N.-Syrian Arab Red Crescent (SARC) aid convoy and warehouse outside Aleppo, killing nearly half of its staff, including a SARC regional aid director.

The remains of a Russian air-dropped OFAB-type fragmentation bomb have been discovered in the wreckage of the SARC warehouse, and U.S. investigations have concluded that Russian Sukhoi Su-24 jets were responsible. Speaking after the incident, U.N. humanitarian chief Stephen O’Brien said the bombing — which lasted nearly two hours — could be a “war crime.”

None of this should come as a surprise, even as the consequences are potentially devastating. The Russian government, much less the Assad regime, has never been a reliable partner for peace in Syria. But even after Russia’s alleged bombing of the aid convoy, U.S. President Barack Obama’s administration is still plowing its energies into a deal that aims to work with the Russian government.

Despite the flagrant violation of international humanitarian law, U.S. Secretary of State John Kerry stood in New York on Tuesday and maintained that the “cease-fire is not dead.”...