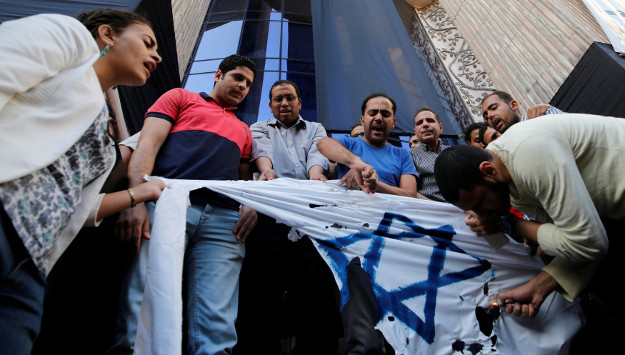 These days even the hint of a renewal of diplomacy on Palestine is enough to set tongues wagging. In recent months, France has led what remains an inchoate effort to fill the diplomatic vacuum created by the Obama administration's decision two years ago to close its book on Palestine.

Pride of place, however, was recently claimed by Cairo. On May 17 in Asyut, Egyptian President Abdel Fattah el-Sisi placed himself at the centre of a new initiative, declaring that Egypt was prepared to create a "real opportunity" for direct talks between the PLO and Israel.

"I say we will achieve a warmer peace if we resolve the issue of our Palestinian brothers ... and give hope to the Palestinians of the establishment of a state," Sisi said.

Egypt has long been absent as the engine of Israel-Arab diplomacy. Sisi himself is an unlikely champion of Palestinian interests. Egyptian restrictions on Gaza are popular among Egyptians even if they are more draconian than those imposed by Israel.

Public support for the Palestinians, long suffered by the Mubarak regime, has been decimated by the ongoing insurgency in Sinai, which the government insists Hamas supports.