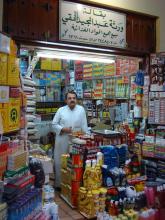 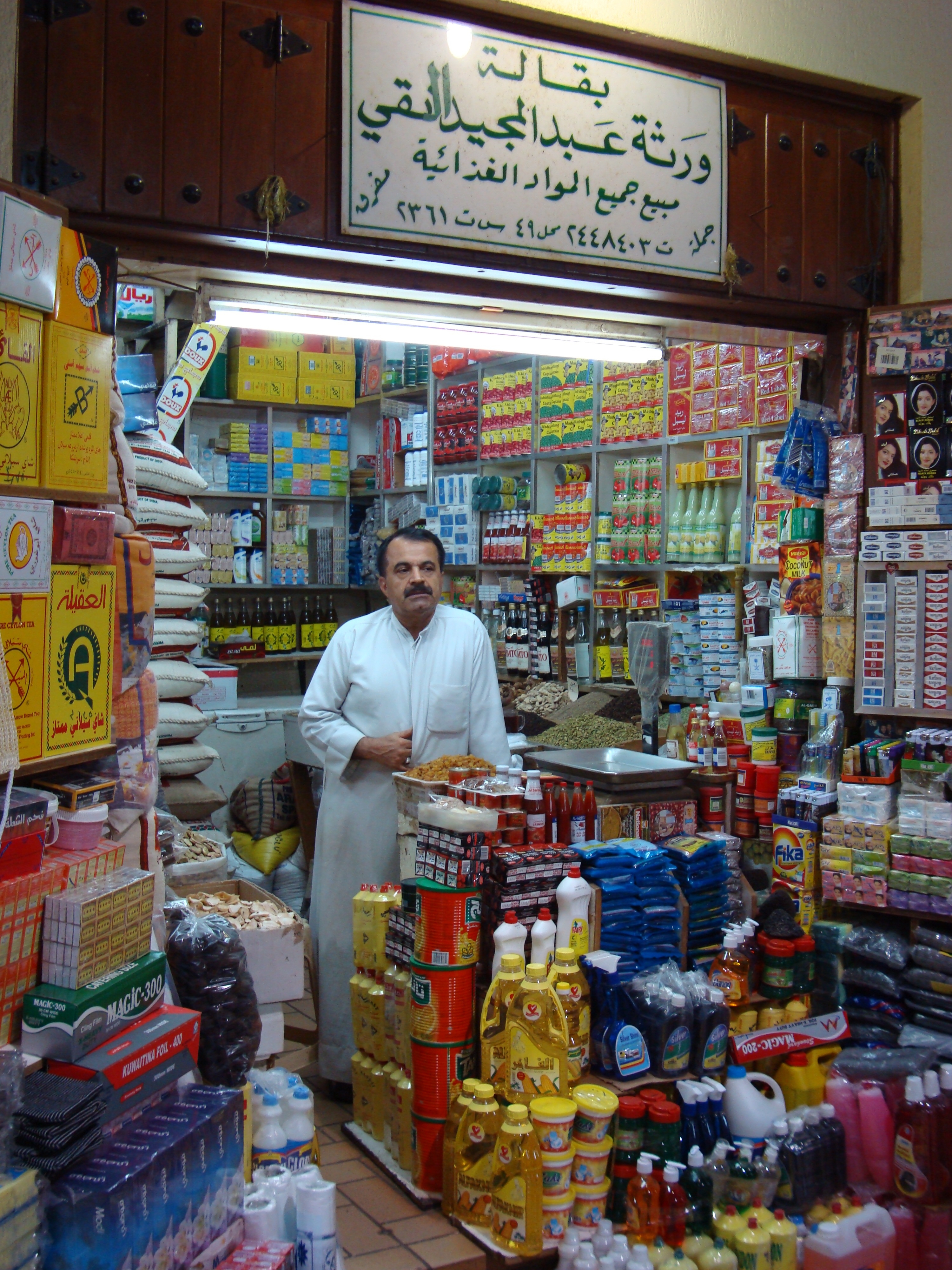 “The question is no longer one of who remains or who departs, but how to leave and how to remain?”[1]

President Bashar Asad often attends the various Christian religious celebrations or delegates this task to someone else. This is a long-standing tradition. For his part, the Grand Mufti of the Republic, Ahmad Hassoun, often partakes in religious festivities in various churches with different Syrian Christian rites. He never fails to invoke the importance of Christianity and its ancient role in the construction of the nation. For him, Syria “provides a perfect example for the world of coexistence and harmony between its fellow-citizens of all religions.”

Christians never fail to demonstrate their attachment to the country and their fraternity with Muslims. In the context of Western pressure on Syria following the assassination of Lebanese Prime Minister Rafiq Hariri on February 14, 2005 and the deterioration of the situation in Iraq, almost all of the businesses owned by Christians in all Syrian cities displayed portraits of the President bearing the slogan: “We all are with you, Bachar.” The image is one of almost utopian cohabitation between the communities. Nevertheless, this has not prevented Christians from migrating.

In 1860, Mount Lebanon and the city of Damascus were the scenes of bloody confrontations between Christians and Muslims who were supported by the Western powers. These events caused a large proportion of the Christian population to choose exile. Their destinations were Egypt, Europe, and America. Another departure was recorded between 1903 and 1930, primarily related to the famine which devastated the area. The union between Syria and Egypt in 1958 triggered the migration of Christians and Muslims mainly towards Lebanon. In spite of its laic (secular) nature, the Ba‘th Party, which after gaining power in 1963 instituted socialist policies, fueled middle-class migration, especially that of Christians. Thus, the nationalization of mission schools was a catalyst for the migration of the Christians. Between 1978 and 1982, violence erupted between the authorities and the Muslim Brotherhood. The alarm bell once again sounded among Christians, even though they were not directly involved in the confrontation.

The constant hemorrhaging of Syrian Christians started in the early 1990s. The religious authorities refrain from disclosing the number of migrants lest this encourage the phenomenon, and they to try to minimize its significance. Indeed, the real figures could sow fear among those who remain. A recent unpublished study is alarming: It estimated that the Christians’ proportion of the population in 2008 had fallen to just 4.6%. Several clergymen revised this figure downward, saying: “We are not more than 3%.” If Christians had constituted over 15% of the population in the early 1980s, what are the reasons for such a precipitous decline in their number?

At the regional level, the fear has been contagious. Iraqi Christians who were forced to leave the country and entered Syria reported terrible accounts of the atrocities committed against them. Lebanese Christians also are worried about their future. These circumstances, along with the situation of the remaining Christians in Palestine, have contributed to a feeling of precariousness in Syrian Christian communities.

Given developments in the region, Christians in particular are asking: Does a real “Islamist threat” to destroy the harmony of Syrian society exist? Will the country inexorably move towards the hegemony of fundamentalism?

Since the creation of the modern state and the establishment of a sociopolitical system inspired by the West’s ideological diversity, Syria has experienced a secular reform movement and a school of interpretation whereby society has been marked greatly by religion. Currently, there is a renewal of religious observance. The number of women wearing the hijab has increased exponentially in recent years. Religious books have enjoyed great popularity. In addition, the circles of religious studies have multiplied. There also has been a wave of violent religious expression in social and cultural spheres. This has caused anxiety among Syrian Christians — heretofore protected by an imposed laicism (secularity) and a strong central authority — who see themselves being submerged beneath this wave.

Almost unconditional support for the regime seems to be nearly unanimous not only in the ranks of the clergy, but also in a good part of the Christian community, which is frightened by what has happened to their Christian neighbors in Iraq. The regime represents for them the last rampart against radical Islamism. The democratic alternative is often associated with the Islamization of the sociopolitical sphere. Therefore, they fear that Islam in its political form will seek to strip away any presence other than its own, driving a wedge between them and causing members of the Christian community to migrate.

At the same time, Christian clerical leaders are conscious of the dangers of the current situation for their communities. All endeavor to convince their flocks that the solution does not lie in migration. Some even insist that economic need is the principal reason for migration. The Church can merely encourage Christians to remain. It asks the state to carry out economic projects in order to maintain the young people of the community. In the same vein, the migration of members of the community to the cities is due mainly to the lack of economic development in rural areas.

The Bishop of Aleppo reports that his “faithful constitute a minority and that they feel compelled to leave. Then, they gather around the Church to seek guidance. If the political system democratizes and changes, perhaps our manner of functioning will evolve, but for the moment, that is not the case. Today, my faithful aspire to another quality of life. I am obliged to assist them … I must give them the possibility of marrying, of finding employment, of remaining in the country … The missionary has an obligation: to testify to Jesus Christ. I do not want these missionaries, my faithful, to flee.” Believers see the situation in a realistic manner. They avoid evoking spirituality in their testimonies and reflections. Fear exists, and beautiful sermons do nothing but soften it.

Another bishop worries about the intentions of young people who say that “this land is not ours anymore, we do not feel that we have a future here.” He notes that in spite of the State’s efforts, there is no real equality between Christians and Muslims, while the West proposes “freedom, equality, and secularity to them — three pillars of modern life for which they are petitioning.”

Today one finds all types: Christians who swear that they will never leave the area (the cradle of Christianity), others who are hesitant to take the leap, and still others who are already taking the initial steps to do so. They give different reasons — political, economic, social, religious, and cultural — to explain their behavior. The “fold” of ideology, the weakening of laic (secular) currents, the abortion of democratic experiments, the failure of attempts at socioeconomic development, and the amplification of fundamentalist movements, form a constellation of factors that encourage the Christians of the area to migrate. Lastly, certain Western countries — though fewer and fewer — continue to grant permission to the Christians of the East who are eager to come to join their co-religionists.

According to a European priest, there exists more and more “of these young people who have little room to grow yet who, without being able to say exactly why, decide to remain. They are animated by a flame which reveals in them a strong presence of the Lord. Engaged in the many movements of young people of the various Churches, they resist joyously a dark future which, however, appears inescapable.” Must we separate out the spiritual dimension in explaining a certain resistance to leaving the country? A definitive answer to this question is not easy in an opaque landscape where spiritual and economic needs, along with the desire for freedom, are mixed together.

The solution, here as elsewhere, lies in the introduction of democracy, which makes it possible for individuals to transcend their primary memberships (tribal, clannish, regional, religious, etc.) and to mobilize for the implementation of political and economic programs in which these data no longer have significance. The democratization of public life in Syria is not an external requirement. It is a deeply felt need inside the country. No one believes that fundamentalist movements will dominate those nations which choose democracy.

Christian clerical leaders are conscious of the dangers of the current situation.