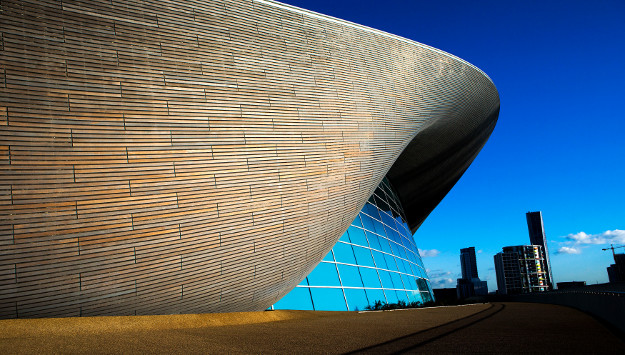 The Middle East Institute (MEI) is saddened by the passing of Zaha Hadid, the renowned Iraqi-born architect whose iconic structures ignited imaginations and experimented with new spatial concepts. Hadid was the first female and first Arab recipient of the Pritzker Architecture Prize, the field’s highest honor. In 2013 she received MEI’s Issam M. Fares Award for Excellence in recognition of her visionary contribution to architecture and urban design.

“One cannot help but be awed by Hadid’s achievements,” said Lyne Sneige, director of MEI’s Arts & Culture Program. “She was a bold luminary in her field and an inspiration for women in the Middle East. Her brilliant creativity will surely leave a lasting impression.”

"Hadid is a self-invented, self-empowered agent of radical change in a profession that is by and large risk averse," said architect Joseph Giovannini at MEI's awards banquet in 2013. "Sometimes buildings are beautiful but not really interesting. Hers are beautiful, but also very interesting and significant. She does not write manifestos, she builds them."

Hadid’s seminal works include the Issam M. Fares Institute at the American University of Beirut, the Hedyar Aliyev Center in Baku, Azerbaijan, the Mind Zone at the Millennium Dome in Greenwich, UK, the Rosenthal Center for Contemporary Art in Cincinnati, USA, and the London Aquatics Center for the London Olympics, among many others. Her architectural design firm - Zaha Hadid Architects, which is headquartered in London employees over 350 people working on projects from Miami to Algiers. Hadid was named as one of TIME’s 100 most influential people in 2010.