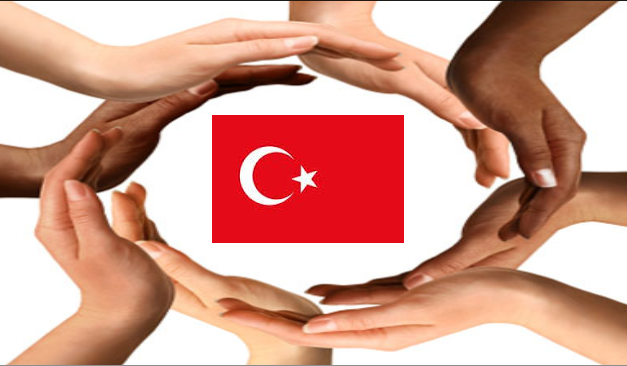 This essay is part of a series that examines the genesis, evolution, mobilization tools and processes, impacts and limitations of informal civil society in political transitions, that is, loose groupings of like-minded individuals—those that are unofficial, unregistered, or unregulated—in the MENA and Southeast Asia. Read more ...

Over the last few decades scholarly attention has increasingly focused on the study of civil society organizations (CSOs) in the Middle East North Africa (MENA) region, as empirical studies have sought to the explore the societal role of these organizations, their impact, composition and the relationships they share. While these empirical studies have provided a number of valuable insights they have typically been based on research only with registered CSOs, excluding informal and unregistered ones. Within the academic literature on Turkey, for example, research has generally focused on the experiences of a small cohort of highly visible, registered CSOs from the major urban centers of Istanbul, Ankara, Izmir and occasionally Diyarbakir. This gap in the literature when it comes to unregistered organizations is significant given that one of the most comprehensive surveys of civil society in Turkey, undertaken by CIVICUS,[1] estimates that informal and unregistered organizations make up approximately one quarter of the overall total of CSOs in Turkey. Indeed, it is worth noting that even this study by CIVICUS does not include informal/unregistered groups in its methodology due to the difficulties faced in accessing such groups, mainly as a result of their low visibility.[2]

In essence, the omission of unregistered and informal organizations/groups means that the research and analysis of civil society to date has excluded a whole area of CSOs, and it is this gap in the literature to which this essay seeks to contribute. More specifically, the essay takes as its focus a small cohort of ten unregistered women’s organizations in Turkey and explores their backgrounds, funding structures and relations with key elements of the political system. It is based on the findings from in-depth semi-structured interviews with unregistered women’s organizations, conducted in parallel with interviews with formal, registered organizations as part of a wider research project in 2013-2014.[3] The concurrent study of both registered and unregistered of CSOs provides a comparative framework for understanding the functioning of civil society in a more holistic manner. Prior to exploring the findings of this research the essay sets out the methodological approach, and in particular the challenges faced in accessing unregistered organizations.

This affiliation with a Kurdish political identity, and the implications of this identity for these organizations and their members was directly connected to their status as unregistered organizations ...

Unregistered organizations stated either that they did not have the capacity to apply for E.U. funding ...  and/or that formalized funding (particularly from the E.U.) resulted in a loss of autonomy and thus they chose not pursue it.

The reliance of Turkish CSOs on E.U. funding is well documented, and for many organizations this reliance has created a power imbalance, whereby registered organizations report that they have altered their objectives and/or written projects to ‘fit’ with E.U. priorities and that the latter has little incentive to listen to their views. Thus, the findings substantiate the views held by certain unregistered organizations that the E.U. has a deleterious effect on their autonomy and suggest that these organizations, by relying on grassroots support rather than a major donor with its own objectives and political interests, they may have greater freedom. These findings also suggest a somewhat instrumental approach by the E.U. towards Turkish CSOs, whereby it is actively determining the agenda of the organizations it funds; an argument which has been convincingly pursued elsewhere.[14]

Yet, there are advantages as well as disadvantages to receiving European Union funding. The registered organizations that had received funding reported that funding meant they were able to expand the reach and scope of their activities, and that this in turn often increased their social and political influence. Conversely, most unregistered organizations struggled to fund activities and reported that this had a limiting effect on them. This was particularly the case in the east of Turkey where most Kurdish organizations were located, as the high level of local poverty meant that income from members’ fees and donations were often quite low. In this context, access to E.U. funding can potentially dramatically increase the capacity of these organizations. This point is captured extremely in the following extract from an interview with one organization located in eastern Turkey which had recently received European Union funding:

Before we had funding we had to try and meet all the expenses by ourselves. We had established the association but if you don’t have any materials, any money, you cannot do anything, you cannot be active. This is particularly the case here in the east because women don’t have much money, so some of our members couldn’t pay any members fees. When we got funding though, suddenly we could be so much more active. I remember the first project with the E.U., we got 40,000 euros and we couldn’t believe [it]! That money made us much stronger; we carried out lots of activities [with it]. You’d never see this kind of support from anywhere else.[15]

Engagement with the Political System

... Another reason why unregistered CSOs generally (i.e., Islamic organizations, too) did not engage with the state was that they simply did not have to.

This essay examined a small cohort of unregistered women’s organizations working in Turkey. While the conclusions that can be drawn from the study are undeniably limited by the size of the sample and its focus on unregistered Kurdish organizations, the study raises two issues in particular that are worthy of future exploration. The first concerns the composition of unregistered civil society and the inclination of marginalized and anti-establishment—in Gramsican terms, counter-hegemonic—groups to populate this terrain. Second, and related, is the level of support available to these groups and important questions of whether, by structuring funding requirements in a way that excludes these groups, funding organizations are limiting their potential and ignoring the very cohort of CSOs with perhaps the greatest grassroots following and potential to progressively transform the status quo. Overall, the results from this study show the importance and value of including unregistered and informal organizations in research on CSOs and moving beyond a focus only on registered, formal organizations. Such research would provide a useful point of comparison for the current study as well as an opportunity to test prevailing theories and knowledge on civil society more rigorously.

[2] This is acknowledged in the report as a limitation to the inclusiveness of the project.

[4] Kaliber and Tocci make a similar observation on the basis of their research with Kurdish CSOs, reporting that Kurdish groups tend to operate ‘beyond the confines of the law.’ See Alper Kaliber and Nathalie Tocci, “Civil society and the transformation of Turkey’s Kurdish question,” Security Dialogue 41, 2 (2010): 191-215.

[5] All unregistered organizations were focused on the needs of the community and the provision of services lacking therein. Yom, in his research has similarly observed that informal CSOs are often more communally oriented and draw a strong following among the poor, see Sean Yom, “Civil Society and Democratization in the Arab World,” Middle East Review of International Affairs 9, 4 (2005): 14-33.

[6] Where groups identified as both Islamic, Kemalist or Kurdish and feminist, precedence was given to the ethic/religious identity, as research shows that these identities have the greatest bearing on these organizations. See Cagla Diner and Şule Toktaş, “Waves of feminism in Turkey: Kemalist, Islamist and Kurdish women's movements in an era of globalization,” Journal of Balkan and Near Eastern Studies 12, 1 (2010): 41-57; and Simel Esim and Dilek Cindoglu, “Women's organizations in 1990s Turkey: Predicaments and prospects,” Middle Eastern Studies 35, 1 (1999): 178-188.

[7] With regard to the latter in particular it is worth raising the question here of whether, as state repression of opposition groups escalates in Turkey these organizations begin to move outside of the formal political realm.

[8] This funding was for a small amount and distributed through a registered organization.

[14] See Hanna Mühlenhoff, “Funding Democracy, Funding Social Services? The European Instrument for Democracy and Human Rights in the Context of Competing Narratives in Turkey,” Journal of Balkan and Near Eastern Studies 16, 1 (2014): 102-118; Jessica Leigh Doyle. "Civil Society as Ideology in the Middle East: A Critical Perspective,” British Journal of Middle Eastern Studies (2015): 1-20; and Markus Ketola, “EU democracy promotion in Turkey.” The EU is also in no way unique in this regard; other donors have taken a similar approach to CSOs. See Julie Hearn, “The ‘uses and abuses’ of civil society in Africa,” Review of African Political Economy 28, 87 (2001): 43-53, and Claire Mercer, “Performing partnership: civil society and the illusions of good governance in Tanzania,” Political Geography 22, 7 (2003): 741-763.