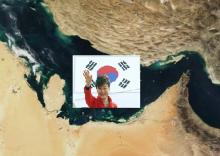 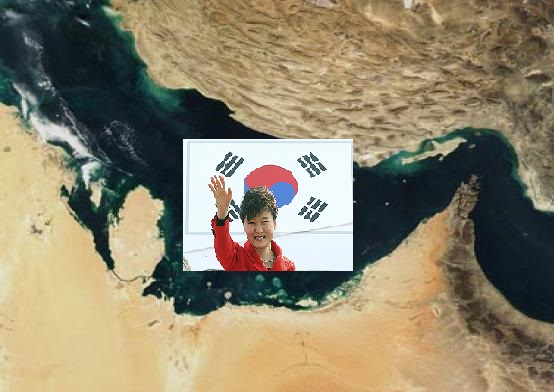 This essay is part of the Middle East-Asia Project (MAP) series on “'Civilianizing' the State in the Middle East and Asia Pacific Regions.” The series explores the past and ongoing processes of Security Sector Reform (SSR) in Asia-Pacific countries and examines the steps already taken and still needed in the MENA region. See More …

Traditionally, South Korea’s economic relations with the Gulf states have been primarily based on energy trade and construction. The most prominent features of this interaction have been the Republic of South Korea’s heavy dependence on Gulf oil to fuel industrialization and its robust involvement in the Gulf construction market that benefited from the oil boom. The Park Geun-hye administration is keen to expand the scope and boost the value of South Korea's economic relations with the GCC countries and with Iran.

In 2014, 84 percent of South Korea’s oil imports originated from the Gulf. See figure 1. Among the Gulf countries, Saudi Arabia is by far South Korea’s leading source of oil. South Korean construction companies continue to be, as they have been since the 1970s, actively engaged in various construction and engineering projects across the Gulf region. South Korean projects range from major petrochemical complexes to power and desalination plants as well as housing and railway projects. Companies such as Samsung, Hyundai, GS Engineering and Construction, Hanhwa, Daewoo, and Daelim Industrial have a substantial presence in the Gulf. Korean companies have been involved in a number of major projects around the Gulf, including the Burj Khalifa in Dubai, the Barakah nuclear power station in Abu Dhabi, and the Doha Metro in Qatar.[1]

President Park Geun-hye’s administration has recently embarked on an ambitious effort to expand the scope and diversify South Korea’s economic relations with the Gulf states. From Seoul’s perspective, the rationale for this change can be found in South Korea’s three-year economic innovation plan. The new initiative was first mentioned by the President Part Geun-hye in her New Year’s Speech in January 6, 2014.[2] This plan was established against the backdrop of a long period of economic stagnation in South Korea. The plan ultimately aims to innovate and revitalize the economy by solving the three main issues identified as the cause of the stagnation. One of the main strategies to address the economic challenge is to promote overseas market expansion.[3] Thus, the Gulf region has emerged as a desirable destination for South Korea to work on the initiative.

In this regard, diversifying cooperation with the Gulf states is an important economic policy objective for South Korea. To that end, South Korea has adopted a strategy that involves a set of steps to strengthen partnership with the countries of the region. One of these steps is to identify and develop new growth areas within the Gulf region. Another is the promotion and application of new business models outside the Gulf region. This strategy also entails finding ways to capitalize on the fresh opportunities presented by the recent lifting of international sanctions on Iran.

On March 1, 2015, President Park Geun-hye began a nine-day tour of the Gulf region, with visits to Kuwait, Saudi Arabia, the United Arab Emirates, and Qatar. This tour marked the launch of South Korea’s effort to diversify its partnership with the Gulf states.

The visits to the Gulf set in motion efforts to expand Korean-Gulf cooperation to various strategic areas that had not been traditional fields of cooperation between the two regions, including  Korea-Kuwait cooperation on building energy efficient grids; collaboration between Korea’s SK Telecom and Saudi Telecom Company in developing innovation capabilities in Saudi Arabia; agreement between Korea and Qatar to cooperate in the field of R&D in energy technology; Korea-U.A.E. cooperation in the field of advanced agricultural technology and cultural exchange.[4] These fields of cooperation constitute the new growth areas that South Korea plans to develop for its overseas market expansion.

In addition, South Korea introduced a new business model to further diversify its cooperation with the Gulf states, in which the two sides join forces to enter emerging markets outside the Gulf region. This strategy combines South Korea’s technological and industrial strength with the GCC states’ capital and regional network. In fact, South Korea and Saudi Arabia have already begun to put this joint business model to work, targeting the small and medium-sized nuclear power plant market. This joint business initiative grew out of the Korea-Saudi agreement on September 3, 2015 for building the System-integrated Modular Advanced Reactor (SMART) units in the Kingdom. The agreement lays out some specific preliminary steps, including formation of a management committee and establishment of a company owned by both countries to carry out joint business.[5]

Although South Korea’s expanding partnership with the Gulf region has been led by the country’s diversifying cooperation with the GCC states, the former’s relations with Iran is now expected to add momentum to the trend. This is because the recent lifting of international sanctions on Iran presents an opportunity for South Korea to both revive and diversify its economic relations with Iran.

South Korea had maintained relatively strong commercial relations with Iran despite the pressure from decades-long international sanctions. South Korea-Iran trade had grown from $2.9 billion in 2001 to $9.6 billion in 2009.[6] However, with the tightening of sanctions against Iran, bilateral trade and investment hit a rough patch.

Korean Foreign Minister Yun Byung-se’s official visit to Tehran on November 7, 2015 occurred just three weeks after the Joint Comprehensive Plan of Action (JCPOA) was agreed. During the visit, the foreign ministers of the two countries agreed to diversify their partnership into various areas such as culture, tourism, development cooperation, and academic exchange.[7] Furthermore, President Park Geun-hye’s visit to Iran is set to take place soon to facilitate Seoul-Tehran cooperation, which is in the recovery process. It is highly anticipated that there will be a serious discussion on developing a strategic partnership between South Korea and Iran, paralleling the efforts to diversify Korea-GCC relations. It is likely that the two countries will seek to revive and expand their industrial and energy partnership in an effort to develop the Iranian economy.

For decades, South Korea and the Gulf states were mostly in a buyer-supplier relationship in the global energy market. However, this productive though somewhat passive relationship between the two regions has begun to experience a new level of cooperation. Now, South Korea’s engagement in the Gulf region is increasingly diversifying based on the development needs for both a post-oil era—in the case of the GCC states—and for developing the post-sanctions economy in the case of Iran.

Also, expanding cooperation with the Gulf states is now a choice of necessity for South Korea, as they make a perfect partner to work with in many important fields that South Korea plans to develop into new growth areas, according to its three-year economic innovation initiative. Furthermore, strengthening ties with the Gulf states provides many fresh opportunities, particularly in the form of joint business model, for South Korea in its strategic plan of overseas market expansion. Such context forms a conducive environment for Korea-Gulf relations to grow into a strategic partnership of interdependence and reciprocity. Korea-Gulf relations are quietly, yet certainly, moving forward.