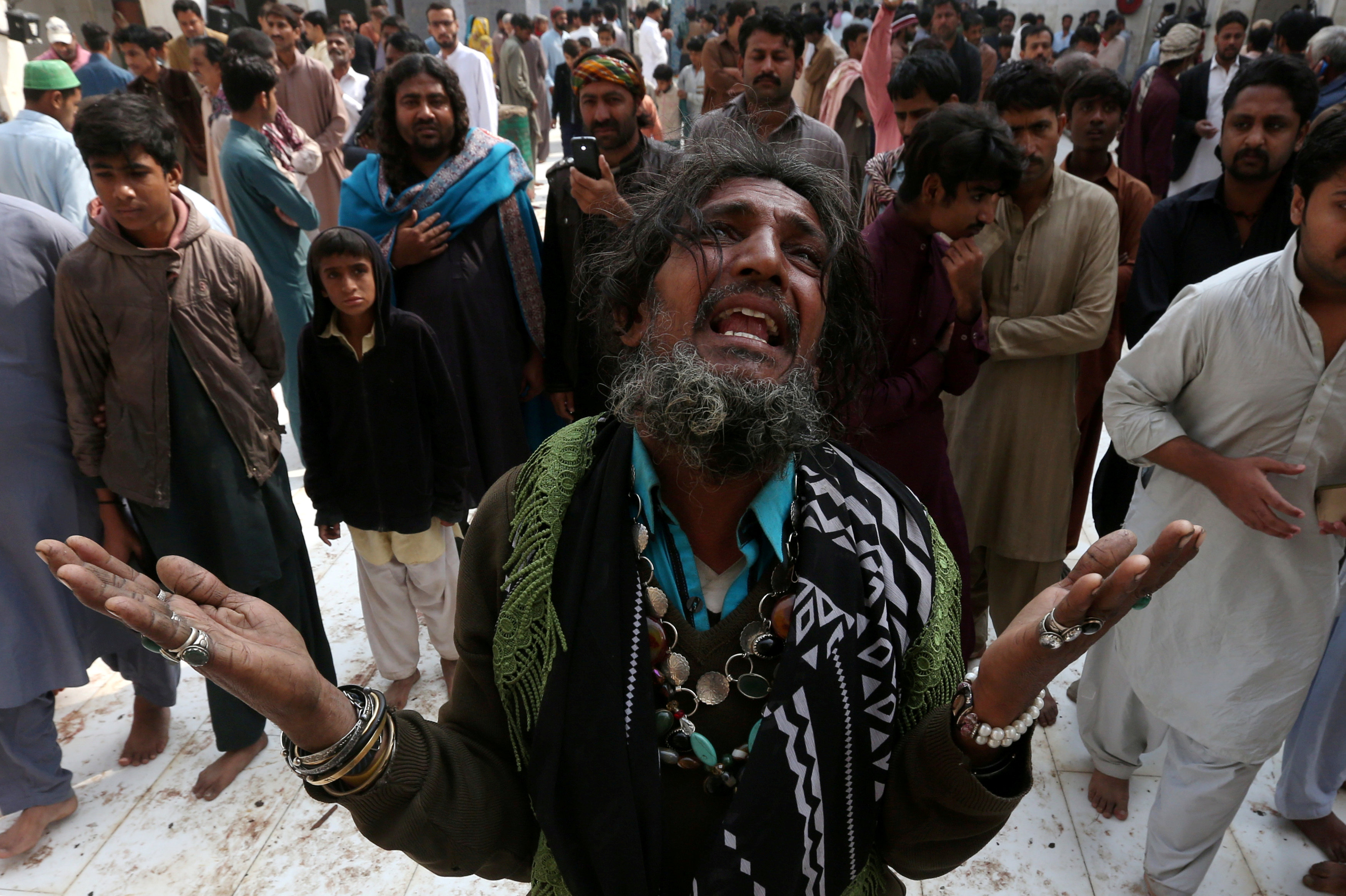 Are religious doctrinal differences primarily responsible for stoking intercommunal fear and hatred? What roles have state, sub-state, and transnational actors played in fomenting sectarian discord? And what could be done to avert sectarian violence; to foster tolerance and peaceful coexistence; and to promote reconciliation? The essays in this series tackle these and other salient questions pertaining to sectarianism in the MENA and Asia Pacific regions. Read more ...

On February 16, 2017, a suicide bombing at the shrine of 13th century Sufi Philosopher Lal Shahbaz Qalandar in Pakistan’s Sindh province took the lives of 90 pilgrims, injuring over 300.[1] The massacre was claimed by the Islamic State of Iraq and Levant (ISIL, also known as ISIS) through its Amaq news agency, specifically mentioning the target as a ‘Shiite gathering’.[2] While the attack in itself demonstrated the inroads made inside Pakistan by ISIS, the target hinted at how it aims to utilize the sectarian divide within the country to its advantage.[3] Within the larger war on terror narrative, the sectarian dimensions of the local conflict have often gone unnoticed or have been overlooked on purpose by the state. However, as ISIS looks to penetrate deeper into Wilaya Khurasan, this hidden war is likely to take center stage. The recent recruitment and mobilization of Pakistani Shiites by Iran to fight in Syria and Iraq, and local alliances between ISIS and anti-Shiite militant groups, indicate that a new transformation is about to take place in the sectarian war within Pakistan.

Historically in Pakistan, Shiite militancy has remained reactive and selective. But with thousands of Pakistani Shiites being recruited and trained by Tehran, the landscape of sectarian militancy is likely to undergo a momentous transformation with a possibility of a head-on confrontation between militant fronts of the two opposing sects. This essay assesses the future impact of Shiite mobilization in Pakistan on the country and how it could transform the local sectarian conflict by fueling radicalization and increasing prospects for ISIS to penetrate and exploit local militant groups to its favor.

Shiite Muslims are 20 percent of Pakistan’s population, roughly 22 million, making it the second largest population outside of Iran.[4] There is a history of violence between the country’s Shiite and Sunni Muslims, particularly in the form of isolated incidents during Moharram.[5] Numerous factors have contributed to the heightening of such tensions, including the Iranian revolution, which reinforced the Shiite identity of the Iranian state and spurred regional rivalry between Riyadh and Tehran; the Afghan jihad; and General Zia ul Haq’s Islamization policies. These were further exacerbated through direct Saudi and Iranian patronage, and financial help for sectarian outfits such as Sipah Sahaba Pakistan (SSP) and Sipah-e-Muhammad Pakistan (SMP), which turned violent, resulting in a deadly campaign in the mid-1980s and early 1990s, killing and injuring thousands.[6] Moreover, state exploitation of Jihadist movements led to an increase in the level of sectarian violence which intensified after the invasion of Iraq in 2003.[7]

Over the last ten years, sectarian violence in Pakistan, including targeted assassinations and indiscriminate attacks, have claimed approximately 3,600 lives, the majority of which have occurred in the Federally Administered Tribal Area (FATA) Kurram Agency and Quetta.[9] Not unsurprisingly then, the majority of Shiite mobilization in Pakistan to fight in Iraq and Syria against the ISIS has taken place in these two areas.

Zainabyoun: A Shiite Jihad in Syria

Pakistani Shiite jihadists were apparently latecomers to the Syrian theater of war. The first signs of their participation in the conflict on Syrian state side appeared in 2013, after a rocket attack on the shrine of Zainab in Damascus.[10] The initial recruitment seems to have taken place at local levels in Shiite-dominated areas of Kurram Agency’s Parachinar town and Hangu with over seven people travelling to Syria via Iran.[11] Initially, they fought as part of a unit of Afghan fighters, called the “Fatimeyoun.”[12] However, the numbers swelled over time as more organized recruitment methods were utilized, and a separate unit called “Liwa Zainabyoun” was raised under Iran’s Islamic Revolutionary Guard Corps (I.R.G.C.). This development was seen as Iran’s effort to expand a regional network of Shiite militia-type organizations on the model of Hezbollah.[13] The I.R.G.C.-affiliated Fars News describes the unit as 5,000-strong but Western news agencies estimate the numerical strength of the group at no more than 1,000.[14] Regardless of their number, it is clear that the Shiite jihadists in the Iraqi and Syrian theater greatly outnumber Western and Pakistani ISIS fighters.[15] Their Iranian patronage and an increasing desire to portray and promote their Shiite identity has also been evident in the public funerals held in the city of Qom for slain fighters and a new law that offers citizenship to families of foreign fighters.[16] A Fars News report claims the unit has suffered 100 casualties since 2013.[17] Pictures circulating on social media eulogize the fallen jihadists as martyrs of the “International Movement for Defense of Islam,” with one displaying a letter allegedly written by Iranian Supreme Leader ‘Ali Khamenei to Zainabyouns, the Pakistani defenders. The letter reads: “They have fought well. They were good Mujahids of the Jihad. I pay my salutations to their parents and their families.”[18]

The recruitment of Shiite jihadists, which started in 2013, appears to be conducted through Urdu-language websites, social media, and local mosques in Shiite-dominated areas. However, recent actions suggest that according to one of the recruitment ads, physically able youth between the ages of 18 and 35 years are eligible. The interested candidates are asked to travel to Qom. Once there, they receive a basic military training of 45-days with an advanced training of six months in Syria.[19] U.S. intelligence agencies have identified nine training camps inside Iran where Afghans and Pakistanis are being trained.[20] There are several financial incentives for those who are willing to join; a monthly salary of roughly $1,000, 15 days of holidays every three months, compensation in terms of children’s education, and yearly pilgrimage packages for family members to Iran, Iraq, and Syria in case the recruit is killed.[21]

Since many of the Shiite-dominated areas, specifically in the FATA, are socio-economically disadvantaged, there is considerable financial incentive for the youth to take up the journey. However, these are other radicalizing factors as well. The Shiite leaders point to the religious obligation to defend the holy shrines, including that of Zainab, from which the Zainabiyoun derive their name. Pakistani Shiite Muslims have also mostly been at the receiving end of the sectarian conflict, and many among the youth are willing to take up their arms against what they suspect is a systematic terror campaign against them. On the other hand, there is the state’s apparent inability to protect the Shiite community, in particular, amid the larger conflict, which generates a self-defense response. The Iranian I.R.G.C. taps into these grievances to bolster its fighting ranks against ISIS and also to increase its influence in the region.

Transformation of Sectarian Militancy in Pakistan

The experience in the Syrian and Iraqi theater is likely to transform the nature of Shiite militancy in Pakistan much like the Afghan jihad served to embolden the Sunni-Deobandi militants in the 1990s.

The Shiite militancy in Pakistan over the years has remained asymmetrical and reactive in nature due to two factors: the realization that they were in numerical disadvantage and the fact that major population of the Sunni-majority country has always been opposed to the violent conflict.[22] However, the experience in the Syrian and Iraqi theater is likely to transform the nature of Shiite militancy in Pakistan much like the Afghan jihad served to embolden the Sunni-Deobandi militants in the 1990s. Just as the capabilities and ideologies of the Sunni-Deobandi militants were developed and forged by Saudi Arabian patronage in the Afghan jihad, the Shiite militants are going through a similar experience in Syria and Iran. This new alliance between Shiite militants from around the Middle East can allow the Shiite militant groups in Pakistan to increase recruitment when these fighters return home and shift gears from a hitherto defensive to offensive warfare.[23] ISIS appears to be conscious of this possibility which is why one of its local affiliates, Lashkar-e-Jhangvi (LeJ), targeted the Shiites in Parachinar in December, 2015, warning that “the locals should stop sending people to take part in the Syrian War.”[24]

However, there seems to be an opposite effect with a Pakistani commander of the Zainabiyoun Unit claiming in a Fars News Agency interview that “God willing, the Zainabiyoun fighters will return [triumphantly] from the Syrian insurrection and will become the Supreme Leader's right hand in the world” and to “fight the takfiri-Zionist enemies upon returning to Pakistan.”[25] These are hints towards future ambitions of the Shiite militants which will also be defined by how ISIS and its local affiliates, including LeJ, tread in the coming months and years with regards to their openly hostile intent towards the Shiite community in Pakistan. The ideology of ISIS vis-à-vis Shiite Muslims was defined by its ideologue Abu Musab Al Zarqawi whose strategy included a total annihilation of apostates (including Shiite Muslims whom ISIS considers rafidha or rejecters).[26] There is little evidence to suggest so far that its strategy in Wilayah Khurasan will be any different given the convergence of ideology with its local affiliates, including LeJ and other militant outfits. Much then will depend on the Pakistani state’s response and how it deals with returning Shiite militants on their return keeping in view Tehran’s desire to counter Saudi Arabia in the region.

Given the geographical location, a large Shiite population, history of sectarian militant outfits and divergent interests and patronage of countries like Saudi Arabia and Iran, Pakistan remains a fault-line for potential escalation of regional rivalry. This could mean a dramatic intensification of sectarian conflict in Pakistan much like the 1980s and 1990s. While attempting to chart a neutral course, the Pakistani state has so far been even-handed when it comes to dealing with sectarian outfits. Jamat-ul-Ahrar (JuA) and Lashkar-e-Jhangvi Al Alami (LeJA), both anti-Shiitemilitant outfits, were banned in November, 2016, while Lashkar-e-Hussain, an off-shoot of Shiite group Lashkar-e-Mehdi, was also banned for recruiting Shiites to fight against ISIS in December, 2016.[27]

However, the state appears to be lacking an effective response when it comes to plugging the recruitment of potential jihadists both by the ISIS and Iran for the Iraqi and Syrian theater. As ISIS comes under increasing pressure in Syria and Iraq, it is bound to move towards other regions, including Pakistan. Furthermore, the Shiite militants will inevitably return to Pakistan with increased capabilities, improved quality and quantity of fighting ranks, better finances and linkages and, more importantly, a sense of victory and hardened ideology. These circumstances could thus set the stage for transforming the sectarian conflict, with potential for escalation in violence in the region and the country, for which the Pakistani state seems unprepared.