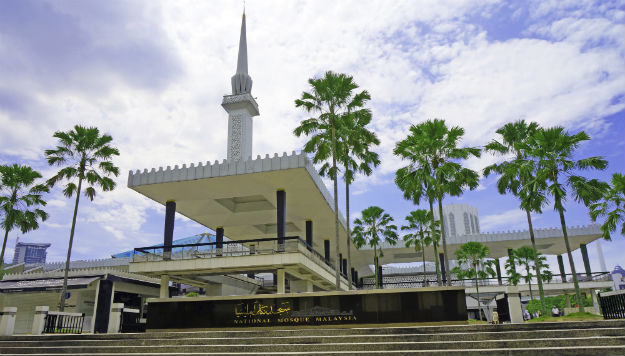 Are religious doctrinal differences primarily responsible for stoking intercommunal fear and hatred? What roles have state, sub-state and transnational actors played in fomenting sectarian discord? And what could be done to avert sectarian violence, to foster tolerance and peaceful coexistence, and to promote reconciliation?

The essays in this series tackle these and other salient questions pertaining to sectarianism in the MENA and Asia Pacific regions. Read more ...

Islam in the Malay World: A History of Diversity
The history of the Islamization of the Malay world is inseparable from the history of the spread of Sufi orders in Southeast Asia. Islam in the Malay world has historically been very accommodating to the cultural diversity of the region, in part because it was introduced through the Sufi tradition. Although the Malays did not compromise on the fundamentals of Islam, they were accepting of a variety of beliefs and practices that were often influenced by local customs known as adat. Two well-known cases are Sunan Drajat and Sunan Kalijaga, the fifteenth century saints of Java who are said to have used traditional Javanese art forms—such as the wayang kulit (shadow play) and gamelan (traditional Javanese music ensemble)—to convey the spiritual teachings of Sufism. Another example is Habib Alawi bin Tahir al-Haddad (1884-1962), a prominent jurisprudential scholar, historian, and mufti of Johor from 1934 to 1961. Perhaps the most well-known mufti Malaysia has ever produced, Habib Alawi demonstrated his openness by granting permission (ijazah) to transmit hadith (sayings of the Prophet Muhammad) to senior Iranian Shi‘i cleric Ayatollah Mar‘ashi Najafi. It is unusual for a leading Sunni scholar to grant ijazah to a scholar of a sect that he regards as deviant; Habib Alawi’s willingness to do so shows his respect for Shi‘ites.

Sunnis and Shi‘ites represent the two main divisions in Islam, with Sunnis constituting the majority. The Sunni-Shi‘a split took place during the first centuries of Islam and was caused by different historical experiences and competing views about who should have succeeded the Prophet Muhammad as leader of the young Muslim community. While Shi‘ism had never been firmly implanted in the Malay world, it was not unknown in the region. More important, the scholars of the majority Sunni community have generally adopted a tolerant—and even open—view toward the Shi‘a. Only in the 1980s did this begin to change.

The Rise of Intolerance

In the last few decades, religious scholars have branded many age-old Malay and Sufi religious practices as wrongful innovations. One of the great casualties of this rising intolerance has been Shi‘ism, whose followers have received some of the most intense criticism. It is widely accepted that these developments have much to do with the rise of Salafism.

Extremism among Muslims has existed since the early days of Islam. The early Muslims had terms that described such extremism, such as ghuluw (often translated as “zealotry”). The roots of extremism today, however, can be traced to ideas that first appeared in eighteenth-century Arabia. Muhammad Ibn ‘Abd al-Wahhab (1703-1792), the founder of Wahhabism—sometimes considered a particular orientation within Salafism—sought to return the Arabs to the true monotheistic teachings of Islam, at a time when the veneration of saints, trees, and objects was common.  Ibn Abd al-Wahhab aimed to eradicate these perceived manifestations of unbelief (kufr) and polytheism (shirk) by emphasizing the unity of God. However, his rules and punishments—such as the public stoning of women accused of adultery—were considered excessive by many Muslims.

Salafism is the most important extremist orientation in Islam today. Generally understood to be a literalist, strict, and puritanical approach to Islam, Salafism promotes intolerance of Muslims with different viewpoints, which sometimes results in their designation as takfir, or even excommunication. It also emphasizes rules and regulations at the expense of spirituality, and proscribes beliefs and practices deemed permissible by the majority of Muslims. Furthermore, Salafis tend to engage in literal, nonhistorical, and decontextualized readings of the Qur‘an and Sunna (the sayings and practices of the Prophet Muhammad). A small minority of Salafis even advocate violent action against non-Muslims (and certain Muslims), an act that they erroneously refer to as jihad.

Some Salafis also target particular sects or schools of thought within Islam. A case in point is Abu Musab Zarqawi (1966-2006), the Jordanian-born founder of al-Tawhid wal-Jihad (later known as Al-Qaeda In Iraq, or AQI).[1] In a 2004 letter to Osama bin Laden, Zarqawi refers to Shi‘ites as “the insurmountable obstacle, the lurking snake, the crafty and malicious scorpion, the spying enemy, and the penetrating venom.”[2] Later in that same letter, he describes Shi‘ism as a “sect of treachery and betrayal throughout history and throughout the ages.”[3] He goes on to say that “Shi‘ism is a religion that has nothing in common with Islam except in the way that Jews have something in common with Christians under the banner of the People of the Book.”[4] And he warns that  “The unhurried observer and inquiring onlooker will realize that Shi‘ism is the looming danger and the true challenge.”[5]

Extremist views can be shockingly inhumane; for example, Sheikh Abdul Rahman Ibn Abdul Aziz as-Sudais, Imam of the Grand Mosque in Mecca, reportedly encouraged Muslims to rejoice at the murder of Sheikh Mohamed Said Ramadan Al-Bouti, a notable Syrian scholar. The sheikh, killed by a suicide bombing at the Iman Mosque in Damascus in March 2013, had been a vocal critic of Salafism.

The impact of such sectarian thinking has devastating consequences, such as the wave of violence and persecution of Shi‘ites in Indonesia and Malaysia. Although Sunni consensus regards Shi‘ism as a legitimate school of thought and jurisprudence in Islam, this had not prevented some critics from acting against Shi‘ites. In August 2012, a deadly anti-Shi‘a rampage in Sampang on the island of Madura turned houses into ashes, leaving some Shi‘ites dead and others homeless. Sunni leader Rois al-Hukama of the Nahdlatul Ulama was charged with participating in the arson attacks and destruction of property. However, the Surabaya District Court of Indonesia acquitted him of the charges, citing lack of evidence. At the same time, members of the Shi‘i community were apparently forced to take an oath of allegiance to Islam as a condition for returning to their homes in Sampang.

Over the last 30 years, the Malaysian authorities’ attitude toward the Shi‘a has shifted from one of acceptance to one of rejection and even persecution. In 1984, the Fatwa Committee of the National Council for Islamic Religious Affairs (JAKIM) declared that two Shi’i schools of jurisprudence—the Ja‘fari and Zaidi—were acceptable in Malaysia. However, this decision was revoked in 1996, followed by a series of fatwas issued in multiple Malaysian states between 1998 and 2012 that placed restrictions on the spread and practice of Shi‘ism. In the state of Selangor, Shi‘ites have been arrested for performing their rituals; in December 2010, about 200 Shi‘ites, some of them foreigners, were arrested by state religious authorities during a raid at a Shi‘i center.

The Selangor Islamic religious Department (JAIS) director, Datuk Muhammed Khusrin Munawi, reportedly stated that Shi‘ites are “fanatics and a threat to national security.” This idea was repeated on various occasions by Malaysia’s state-dominated media. Datuk Khusrin is also reported to have said that for the Shi‘ites, “the blood of the followers of other faiths is lawful and it means that adherents of the followers of Sunnah Wal Jamaah could be killed.” He also made other incredibly erroneous statements about Shi‘ism, such as: “Hajj is not compulsory for them; visiting Imam Hussain’s shrine is sufficient for them to get into heaven …”[6]

Under Section 16 of the 1992 Perak Criminal (Syariah) Enactment, it is an offense to possess items related to Shi‘ism, including books, audiovisual materials, and posters. In early August 2013, two Shi‘ites were arrested, followed by another six arrests in September. Ahmad Nizam Amiruddin, the Perak Islamic Religious Department (JAIPk) enforcement chief, is reported to have said that the Shi‘a should be eradicated. In March 2014, Perak state religious authorities arrested more than 100 people believed to be Shi‘ites. The arrests were carried out while they were commemorating the birth of Siti Zainab—the daughter of Sayyidina ‘Ali, the fourth Caliph of Islam, and the grand-daughter of the Prophet Muhammad.

Salafism and the State

The position taken against Shi‘ism in Indonesia and Malaysia is also found among the Salafis and Wahhabis. It is in this sense that we can speak of the Salafization of Sunni Islam in the Malay world. It is ironic that there was also an e-fatwa issued in 2013 by JAKIM that considers Wahhabism as inappropriate for Malaysia. Nevertheless, state religious officials themselves have adopted an anti-Shi‘a position that does not differ from conventional Wahhabi or Salafi views. To some extent, this is due to the gradual influence of Salafism within the state itself.

To date there are no studies on Salafism or Wahhabism in Malaysia politics. Nevertheless, it is known that Salafis have been gaining influence within the state, particularly through the ruling party, the United Malays National Organization (UMNO). Some UMNO politicians had muted the idea that UMNO bring Salafi ‘ulama into its membership in order to bolster its Islamic image and enhance its ability to compete with the opposition Pan-Malaysian Islamic Party (PAS), but it is known that several Salafi ‘ulama indeed joined UMNO in 2010. It is also important to mention that the Salafi group ILMU (Malaysian Intellectual Organization) serves UMNO by conducting classes and talks for party members.

Although many acts of violence are perpetrated in the name of Islam, the religion of Islam is not intrinsically violent. Instead, the problem lies in certain orientations found among Muslims, such as Salafism. To be sure, not all Salafis are intolerant or violent. But there clearly have been instances where intolerance exhibited by Salafis has given way to sectarian violence and persecution against members of the Shi‘i community, as in Indonesia and Malaysia.

If tradition were truly upheld, adherents of all religious orientations—including Salafis—would not be made to feel threatened or unwelcome. There would be no talk of the eradication of groups of differing perspectives. Differences would instead be addressed through polemics, intellectual argumentation, and public education.

The examples of extremism discussed above stand in contrast with the tolerant and open tradition of Islam in the Malay world. It has also become increasingly clear to scholars and activists alike that one of the main forces working against “religious” extremism in Muslim societies is the Sufi tradition. Indeed, Sufism, which espouses religious tolerance and coexistence, could well serve as an effective counterweight to Salafism and other extremist orientations.