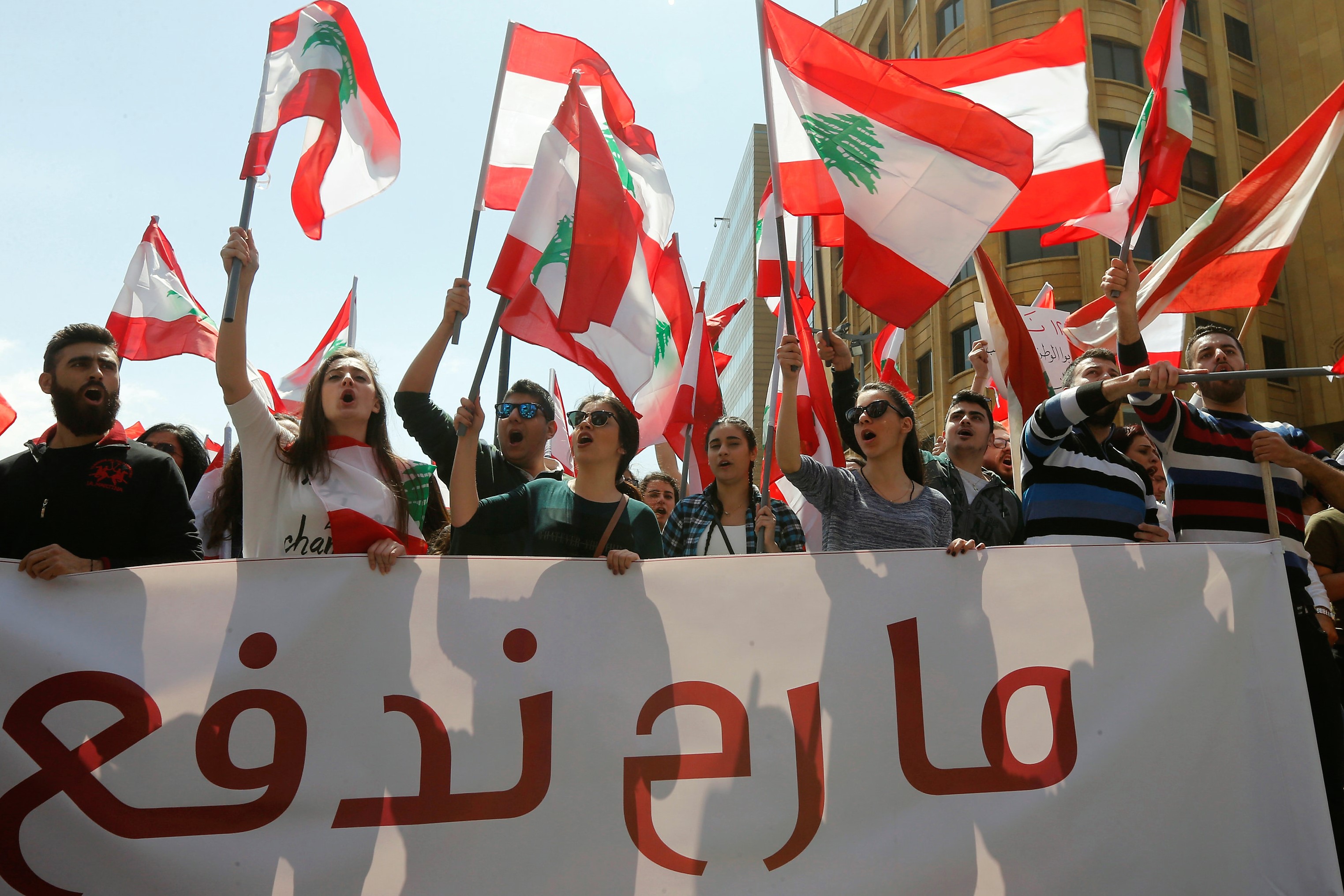 Are religious doctrinal differences primarily responsible for stoking intercommunal fear and hatred? What roles have state, sub-state and transnational actors played in fomenting sectarian discord? And what could be done to avert sectarian violence, to foster tolerance and peaceful coexistence, and to promote reconciliation? The essays in this series tackle these and other salient questions pertaining to sectarianism in the MENA and Asia Pacific regions. Read more ...

If one were to walk through the streets of Beirut randomly asking passersby about their attitudes towards “sectarianism,” the responses would contain words or expressions with overwhelmingly negative connotations. Indeed, respondents would likely ascribe most of the country’s ills to sectarianism, conveying the sense that it is a force majeure — Lebanon’s irreversible and unavoidable fate.

At the official level, the Lebanese constitution calls for abolishing political sectarianism. The speeches of political leaders — ironically, many of whom are sectarian entrepreneurs — are frequently laden with similar calls. Warnings of the threat posed by sectarianism are also common in the charters and manifestos of most political parties, including Hezbollah’s new political manifesto, issued in 2009.[1]

However, if sectarianism is so widely considered to be pernicious, why does it persist? More importantly, how does sectarianism reproduce itself within changing power dynamics and structural conditions? Most of the literature that seeks to explain sectarianism in Lebanon focuses on its history or on the regional and geopolitical dynamics associated with it. Relatively few studies have examined the internal factors that shape the process of sectarianization and sustain sectarianism today.[2]

As Mahdi Amel argues,[3] if one does not first understand the present dynamics of sectarianism and the material and structural factors that shape it, then exploring the history of the phenomenon in an attempt to locate its “roots” is unlikely to be very illuminating. This essay seeks to shed light on the current political economy of sectarianism in Lebanon so as to advance our understanding of this phenomenon.

The Strange Disappearance of Class in Social Analyses in Lebanon

The decline in sociological analyses in favor of International Relations and political analyses has resulted in the skewing of the literature. In fact, pre-war debates around sectarianism were very much divided between those who viewed Lebanese society as being essentially vertically divided into sects[4] and those who viewed it as being primarily a horizontally divided class society.[5] Positioned between these two poles, discussions of the intersection between class and sect, and concepts such as “class-sect” or analyses that presumed the existence of two structures in Lebanon, one sectarian- and the other class-based, flourished.[6] Regardless of the accuracy or usefulness of these concepts, even those who adopted a primordialist approach to sectarianism had to engage with the sociological question of class, if only to deny its existence. In his analysis of Lebanese exceptionalism, Michel Chiha,[7] for example, considered that sects have replaced classes in Lebanese society as the main social division.

Interest in addressing the relationship between class and sectarianism in Lebanon seems to have faded ...

Interest in addressing the relationship between class and sectarianism in Lebanon seems to have faded in post-war discussions, both among activists and academics.[8] There is no doubt that one main reason for this waning interest is the decline of the Left and the rise of postmodernist trends in knowledge production. More importantly, however, the flagging interest in exploring the relationship between class and sectarianism also reflects a decline in sociological analyses that engage with the question of social structures and social cleavages and attempt to study, rather than assume, the nature of social conflict. While it is true that the sectarianism is a complex phenomenon and not reducible to class dynamics or economic determinism, it seems strange to completely dismiss class as an important factor shaping sectarianism.

A liberal trend among many activists and intellectuals considers that the main problem in Lebanon is sectarianism, and addresses the issue through an emphasis on “corruption,” “bad leadership,” “lack of accountability,” “blind followers” and “uncivilized citizens” or “peacebuilding” and “intercommunal dialogue.” However, is sectarianism experienced and mobilized in the same way across classes? Can we really understand sectarian mobilization and sectarian loyalty without looking at its political and social economy?

The starting point from which to examine the social and political economy of sectarianism is the economic structure of the state (i.e., a laissez-faire free market economy), coupled with its constitutional structure (i.e., a corporate consociational democracy[9]) and legal context (15 separate religious courts, rather than a single judiciary operating in accordance with civil personal status law[10]) that shapes it. Under the current system, Lebanese nationals are not “citizens” as such. Instead, they are members of religious “communities” through which they subscribe to the state in order to access their political and social rights. Therefore, within this system important aspects of one’s social life (e.g., marriage, divorce, custody, birth, death and inheritance) are bounded by the laws of religious courts; and most routes to political representation are tied to one’s sectarian identity (given the sectarian quota system).

Lebanese nationals are trapped in a system whereby their very existence in the modern nation-state is determined by their sectarian belonging ...

Thus, Lebanon's consociational[11] system operates from the assumption that the society is “deeply divided” along sectarian lines; therefore, personal matters are relegated to religious courts, and political power is carefully divided among representative leaders from each sect in order to mitigate conflict. Hence, far from being a choice, Lebanese nationals are trapped in a system whereby their very existence in the modern nation-state is determined by their sectarian belonging, and their political representation and access to state resources is at the mercy of their sectarian leaders or “patrons.” From this starting point, the analysis of the dynamics of sectarianism becomes clearer.

Hannes Baumann explains that, “the political economy of sectarianism is one where a small politically connected elite appropriates the bulk of economic surplus and redistributes it through communal clientelism.”[12] In that sense, the nuts-and-bolts of sectarianism lie in the system of non-state (or para-state) welfare and security, known as clientelism.[13] It is evident that political leaders and economic elites, despite their righteous discourses against sectarianism, have direct interests in deploying sectarian tactics in order to sustain the current system and maintain their positions of control and dominance. Nevertheless, it remains important to understand why people follow.

Within the structures described above, it seems that people do not follow sectarian leaders blindly, but rather follow their perceived interests closely. In fact, sectarianism has its logic and mechanisms “from below.” In contrast to explanations of sectarianism as a manifestation of identity-based politics, here it is understood as an expression of interests-based politics. Therefore, while the upper ruling class uses sectarianism as a tool of control to maintain their position, the working classes abide by the sectarian rules of the game in order to access welfare and protection or to avoid sanctions. In this sense, sectarianism masks (and often co-opts) class politics, and it traps the working classes in what Laurent Berlant called “cruel optimism.”[14] It is through this system of positive and negative sanctioning that sectarianism has been able to reproduce itself and to co-opt most attempts to organize according to class interests from below. In other words, the current sectarian system acts as the guardian of the class interest of the elites and plays divide-and-rule politics whenever it feels that the status quo might be threatened or that people might be organizing based on class awareness.

This high level of class consciousness and solidarity among the ruling elites became obvious during the 2015–16 trash crisis and subsequent You_Stink movement. At that time, all political leaders, regardless of their sectarian or political belonging, stood together against the protesters and deployed all sorts of tactics in order to co-opt the movement that had reached an important momentum in denouncing the political class in Lebanon. Similarly, it was remarkable to see all political parties come together to form a coalition in the Beirut municipal election of 2016 against the Beirut Madinati campaign that consisted of civil society activists.[15] Although neither the You_Stink movement nor the Beirut Madinati campaign were mobilized on a class basis, these initiatives were fiercely repressed by the state and its political elites, given the potential they had to attract followers from the constituencies of traditional political parties.[16]

However, both movements ended up mainly attracting segments of the middle classes that are able to liberate themselves from the system of patronage and clientelism. While claiming to be inclusive and non-partisan, these two social movements have shown a high level of class-blindness while maintaining a careful sectarian sensitivity. The movements carefully formulated their campaigns in a sect-sensitive way: Beirut Madinati had a clear sectarian quota for its candidates, while the You_Stink movement raised the slogan “All_Means_All” in an attempt to avoid singling out any particular sectarian leader and thus risking a sectarian backlash. They systematically repelled the participants from the (often non-) working classes[17] by not addressing their concerns or speaking their language, or by labelling them as “violent” or “infiltrators.”[18]

The labor movement in Lebanon is an important focal point for the study of the social and political economy of sectarianism and the interaction between class and sect.

Finally, the labor movement in Lebanon is an important focal point for the study of the social and political economy of sectarianism and the interaction between class and sect. To be sure, the labor movement has managed to organize itself and challenge the status quo a number of important instances.[19] However, it is also evident that trade and labor unions in Lebanon have been subject to sectarian cooptation or coercion.[20]

The recent mobilization for a new salary scale for public sector workers has shined a spotlight on who the ruling class in Lebanon is, and what sustains its power. Ultimately, the ruling elites managed to coopt the labor movement by interfering in union elections, sidelining the two main leaders — Hanna Gharib and Nemi Mahfouz — and replacing them with representatives from the ruling parties.[21] Although the movement had sought a salary and pay scale raise from the Lebanese government, the response it received, as usual,[22] came mainly from the Beirut Traders Association and other financial and business elites who were heavily involved in the negotiation and decision-making process. Therefore, although it is widely believed that sectarian political elites rule Lebanon, it is clear that these elites do not operate on their own. On the contrary, they are guided and supported by class counterparts who control the economy. These examples, among many others, underscore the importance of analyzing social dynamics in Lebanon in terms of class, and not just sect.

[8] More recently, a renewed interest in the topic of class and political economy has appeared in the academic literature and in some activist circles in Lebanon. However, these important efforts remain marginal compared to the mainstream trends.

[12] Bauman, “Social protest and the political economy of sectarianism in Lebanon,” 3.

[17] Given the high rates of youth unemployment in Lebanon, a considerable number of participants in the movement could have been from the poor and unemployed.

[20] Baumann, “Social protest and the political economy of sectarianism in Lebanon,” 3.

[21] The elected representatives are from the Free Patriotic Movement, and they were agreed upon by all traditional parties in order to co-opt the movement

[22] Under the Tripartite Dialogue, wage increase-related issues are to be discussed between state, capital, and workers.