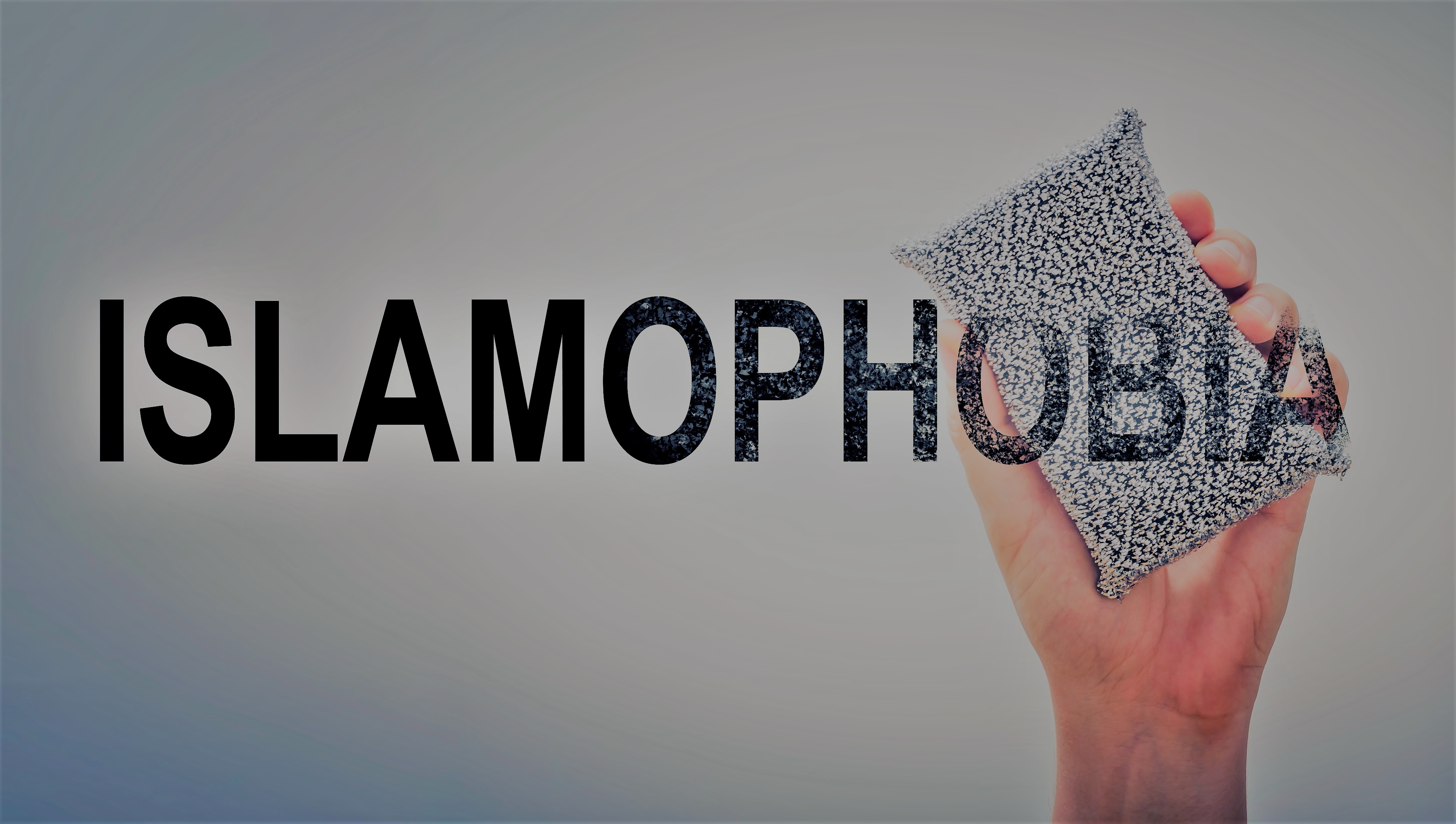 The current debate regarding Islam in Germany reveals that Germany has not yet made up its mind as to whether it is ready to embrace its new status a country of migration. In this, the country is part of a worrying global trend, stretching all the way to East Asia.

As, after months of political paralysis, the German governing coalition slowly steps into gear, the newly crowned Minister of Interior, Construction and Homeland Horst Seehofer was keen to make his mark. A member of Bavaria’s conservative Christian Social Union, Seehofer used his first major interview with the Federal Republic’s largest tabloid newspaper[1] to contradict both the incumbent Chancellor Angela Merkel[2] and the former German President Christian Wulff[3] by declaring that “Islam does not belong to Germany” (while law abiding Muslims living in Germany do belong). Seehofer’s inflammatory remark was promptly rebutted by the Chancellor. Since then, prominent German politicians and public intellectuals have fallen into line around either side of the argument.

More than an empty debate about heuristics, the current “Islam debate” signals a profound struggle over what it means to be German, specifically whether Germany has truly succeeded in overcoming historical, ethnic conceptions of citizenship. Further, German discussions around Islam and multiculturalism mark a worrying global trend of renewed skepticism towards cultural pluralism within nation states.

The ethnic conception of German nationhood is deeply entrenched in the country’s history. To see this, one need only examine German nationality laws, which until January 2000 accorded German citizenship primarily by parental blood line (Jus Sanguis) rather than place of birth (Jus Soli).[4] Up until the 1990s the highest political authority of the Republic declared that Germany was not a “country of migration,” despite Germany having absorbed several million guestworkers in the post-war reconstruction effort.[5] Subsequent attempts to liberalize citizenship laws and to embrace a more multicultural conception of “Germaness” often coincided with the so called “Leitkulturdebatte.” These discussions generally emerged from Germany’s conservative Christian democratic parties and sought to define as well as prescribe German values for all members of German society — often in opposition to alarmist conceptions of Islam, Sharia, or Muslim “honor-killings.”[6]

Germany exemplifies wide-ranging trends that suggest a retreat from multiculturalism and pluralism, not only in Europe, but around the world.

Despite these enduring controversies, the international community was quick to view Germany’s full embrace of the European Union and, most importantly, Chancellor Merkel’s courageous opening of German borders to Syrian refugees as signs that Germany had finally arrived in the multiculturalist camp. Meanwhile, the domestic backlash against Merkel’s decisions was significant. Not only were centrist parties punished at the 2017 elections, enabling the rise of the new far-right Alternative for Germany, the conservative elements of the governing coalition themselves moved against their own chancellor in endorsing the revival of discussions regarding German identity. As Germany continues to struggle to define its relationship with its new population of majority-Muslim migrants, it would be imprudent to see a comprehensive endorsement of multiculturalism as a foregone conclusion. In this sense, Germany exemplifies wide-ranging trends that suggest a retreat from multiculturalism and pluralism, not only in Europe, but around the world.

In many ways, the most obvious example of the retreat of multiculturalism and the celebration of cultural pluralism occurred in a country, whose open embrace of immigration once earned it the title of the great “melting pot.”[7] Following a divisive election, the United States has been experiencing anti-immigration rhetoric and policies, including the so-called “Muslim ban.” Despite repeated challenges in US courts, the different iterations of President Donald Trump’s travel ban increased the hurdles for the immigration of citizens from several Muslim-majority countries to the United States.[8] While Trump’s America, like Germany, is factually very diverse, such cultural pluralism faces outright opposition by the country’s leadership.

Meanwhile, the State of Israel, its history inexorably linked with the need to provide a homeland to Jewish refugees after the Second World War, has turned a cold shoulder to Africans seeking refuge within its borders. Israel is accused of subjugating African refugees to grueling conditions in refugee “internment camps.”[9] At the same time, the state allegedly issued fake visas to migrants in order to facilitate their deportation to Uganda.[10] Additional contentions of a morally dubious “refugees-for-arms” deal[11] with a country accused of severe human rights violations[12] complete the picture of outright hostility towards migrants.

... there are examples in East Asia of countries having "covertly" wed themselves to ethnically homogeneous conceptions of nationhood.

In addition to these prominent challenges to a cultural diversity, multiculturalism and immigration (especially from Muslim-majority countries) there are examples in East Asia of countries having “covertly” wed themselves to ethnically homogeneous conceptions of nationhood. On one hand there is Japan, which despite a rapidly aging population, maintains strong restrictions on migration and accepted only 20 of 19,628 applications for asylum.[13] On the other is Korea, where Muslim migrant laborers and refugees confront rising Islamophobia.

In South Korea, one of the most ethnically homogenous countries in the world,[14] national identity is almost entirely synonymous with race, and residents without Korean blood struggle to be fully accepted in Korean society. The country has yet to overcome its emphasis on racial purity, minjok,[15] and such ideology was only recently removed from the academic curriculum and military manuals. Most Muslims residing in South Korea come as migrant workers from countries such as Uzbekistan and Bangladesh, which many South Koreans look down on as less developed countries.

Following rapid economic development,[16] South Korea faced an increased challenge to maintain social cohesion and economic prosperity in the face of unprecedented immigration. Part of such immigration was, in fact, attributable to a government-sponsored training program that recruited foreign agricultural labourers to work in the Korean countryside. However, the jobs performed by migrant laborers are frequently labelled by ordinary Koreans as “3-D,” which is shorthand for dirty, dangerous and demeaning.[17]  Studies show that migrant workers are portrayed in the media solely as the perpetrators and victims of violent crimes and sexual abuse.[18] This stigmatization is compounded by a Korean unfamiliarity with Islam, which, coupled with headline coverage of global terror attacks by groups such as ISIS and Al Qaeda, produces anxiety and hostility towards Muslims.[19]

At the same time, South Korea has the second highest denial rate for refugee applications in Asia (after Japan). South Korea created a legal framework for accepting refugees in 1994 but did not accept any refugees until 2001. As of August 2015, only 600 non-ethnic Korean refugees have been legally admitted, out of 18,800 applicants. In 2015, the Gyeonggi Institute of Research and Policy Development for Migrants’ Human Rights survey shows that of 560 foreign residents 43.7% felt discriminated against at their workplaces.[20] A further survey suggested that more than 1 in 3 South Koreans responded they didn’t want a neighbor of a different race.[21] South Korean society places a premium on harmony and, despite pending demographic challenges (much like those seen in Japan), Muslim laborers and refugees are often seen as a threat to such harmony.

What ties together the global tides of Islamophobia and anti-migrant sentiment is a vision of nation states, not as multicultural melting pots or mosaics,[22] but as homogenous entities, often defined by ethnicity. Increasingly powerful groups within these nation states seek to preserve and defend social constructs of their “homeland,” even when in many cases these are contrary to the de facto realities existing in parts of their country. Thus, the lived experiences of cosmopolitan elites from in Berlin, Frankfurt, Tel Aviv, Seoul or America’s coastal cities should not delude proponents of multicultural, pluralistic societies of the rising challenge to their preferred way of life. Rather, the threats posed to multiculturalism and open borders must serve as a stark reminder that tolerance and pluralism, where they existed, were earned in hard fought normative struggles against more regressive visions of political community. If such values are to be preserved these normative struggles must continue.

[4] Federal Government Commissioner for Migration, Refugees, and Integration, “German citizenship: Everything you should know about it,” accessed April 20, 2018, https://m.bundesregierung.de/Content/Infomaterial/BPA/IB/Die%20deutsche%...ürgerschaft.pdf;jsessionid=AE57F71C7A20CBBE382BBF7DFA94328E.s1t1?__blob=publicationFile&v=18.

[22] Both are common metaphors for integration widely used in academic literature. See for example, Ceri Peach, “The mosaic versus the melting pot: Canada and the United States,” Scottish Geographical Journal 121 (2005): 3-27.