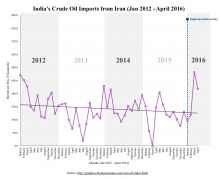 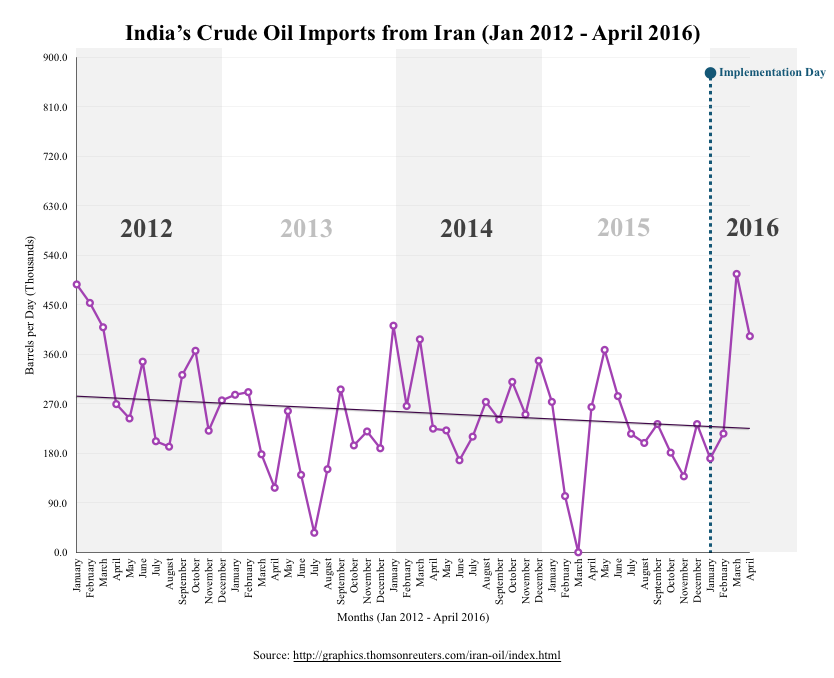 Since the lifting of nuclear-related sanctions in January 2016 as described in the Joint Comprehensive Plan of Action (JCPOA), India’s crude oil imports from Iran have increased markedly. In fact, in March 2016, India imported an estimated 506,100 b/d of crude oil from Iran, the highest monthly total in five years. India is currently Iran’s second-largest crude oil customer, after China.[4]