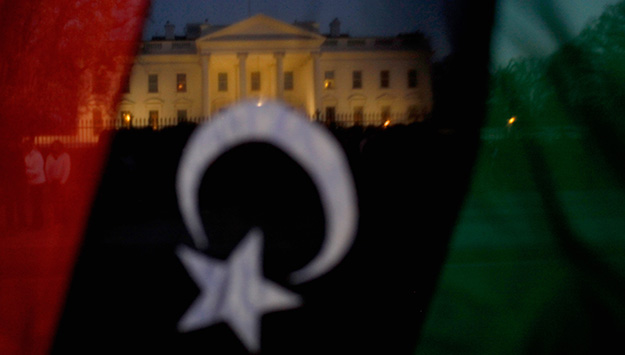 Libyan popular and political support for engaging the international community offers the United States and Western partners an opportunity to help stabilize a North African energy producer and encourage orderly political change. Conversely, a failure to act could have costly, long-term regional and international security consequences. Domestic political limitations to direct U.S. government engagement, along with other issues that compete for attention and resources, are constraints on a more active policy. Moreover, Libyans themselves would not tolerate a dominating U.S. role. There is room, however, for the United States to expand a modest official presence and nurture extensive private sector assistance to Libya. Visa issuance, trade promotion, educational exchange, and cautious use of military training and equipment are promising tools. Politically, U.S. officials can best promote U.S. interests and build Libya’s capacity for stable self-rule by working behind the scenes and with the United Nations, NATO, the EU, and the Friends of Libya.

Libya’s post-Qaddafi fate is existential for Libyans and extremely important for its African and European neighbors. It also impacts key interests of the United States, especially in the realm of regional security and counterterrorism. Potentially, Libya’s political evolution can either validate or call into question the support of the United States for democratic transitions in the Arab world.

Domestic issues dominate the thinking of most Americans and their elected leaders, while the 2014 foreign policy agenda of the U.S. government is very full. President Obama and Secretary Kerry have made it clear that global trade and climate change are top priorities. Challenges from North Korea to Crimea demand that the United States play urgent leadership roles. Even when Washington policy makers narrow their focus to the Middle East and North Africa, several issues are likely to loom larger than Libya, such as an Israeli-Palestinian settlement, relations with Iran, and the future of Egypt, Iraq, and Syria. It would be tempting but probably too easy to write off greater U.S. engagement in Libya in view of that country’s knotty internal problems and competing U.S. priorities, as well as the greater relative interests that NATO and the E.U. have in Libya.

But there are good arguments for the United States to give more attention to Libya than it currently does.

Washington has resisted a major temptation in dealing with change in Libya. It has minimized unilateral measures or operations with only a few partners, even though that might have enabled quicker decisions. When others have been prepared to step up to a problem involving Libya, the United States has supported international efforts and Libyan sovereignty in a manner acceptable to congressional and public opinion. Yet when the United States has needed to act unilaterally or in discreet partnership with the Libyan government it has done so. Examples are the arrest and removal for trial of a suspected al-Qa‘ida associate and the seizure of an oil tanker operating in violation of Libyan sovereignty. The United States must be ready to conduct operations of similar limited scope when the circumstances strongly support such actions. It would be preferable, however, to develop greater Libyan capacity and willingness to take on such necessary measures.

Some critics of the Obama administration have argued that the United States should exercise more assertive leadership and show less restraint in the use of military force. Others have warned that an American public weary of foreign adventurism, particularly of a military nature, would not sustain more vigorous U.S. engagement.

There are other legitimate grounds for caution. After a bitter colonial legacy and a historic memory of being a battleground for external powers, Libyans could exhibit a negative backlash. Whatever Libyans tell us today, they have a history of suspicious resentment of outside intervention. Although Libya lacks the deep ethnic and sectarian fault lines found elsewhere in the region, a productive balance between powerful local identities and an effective central government has yet to emerge. Indeed, few countries have weaker central government institutions. Finally, Libya could become another morass for U.S. military forces.

Thus, while there are solid arguments for more U.S. involvement in Libya, there are also many reasons to proceed with caution. Essentially, Libya matters, but what should the United States do about it? A number of options are available.

Some version of Option One best accords with the long-term interests and sustainable capacity of the United States. It is the best match to U.S. interests, U.S. unique capabilities, constraints on U.S. resources, respect for Libyan sovereignty and national pride, and the desirability of acting within a coalition that enjoys international legitimacy.

Explanation and Guide to Decision Making in Libya

The worst thing would be for the United States to promise more than it can deliver over the period of at least five years that would be necessary for more direct nation building.

Better a large coalition than engagement that looks like the United States is trying to play not merely a leading but the dominant role. The United Nations, NATO, and other parts of the international system are desirable instruments for burden sharing. In particular, the U.N. enjoys a strong reputation in Libya due in part to its role in Libyan independence and its early efforts at constitutional governance. In some key respects, the E.U. is a more natural economic and political partner for Libya than the United States, which should give Western Europeans no excuse to avoid major commitments. Aside from commercial promotion, U.S. interests regarding Libya are not competitive with those of Western Europe. As an ad hoc group, the Friends of Libya has been a useful way to mobilize international support from individual governments and from more permanent institutions. It has the added virtue of a place at the table for Arab governments friendly to the United States that may have particular assets that supplement American ones.

Individual Libyans may seek greater direct U.S. government involvement in Libyan politics and constitutional development. Most Libyans, however, would resent this, and the resentment would increase as years pass. Libyan politics are a potential swamp into which the United States government would be wading at its peril.

In the commercial area, the United States should insist on an even playing field rather than demanding special advantages for American firms. If Libya improves its procedures for doing business in a transparent way according to international norms, the most qualified international partners are likely to benefit. If the U.S. government engages in a modest level of trade promotion, U.S. companies will be among the winners in the Libyan marketplace.

The United States has the tools to take direct military action in the rare situations in which it would fit its national interest. Finding the right target to bomb in Libya is harder than delivering the pay load.