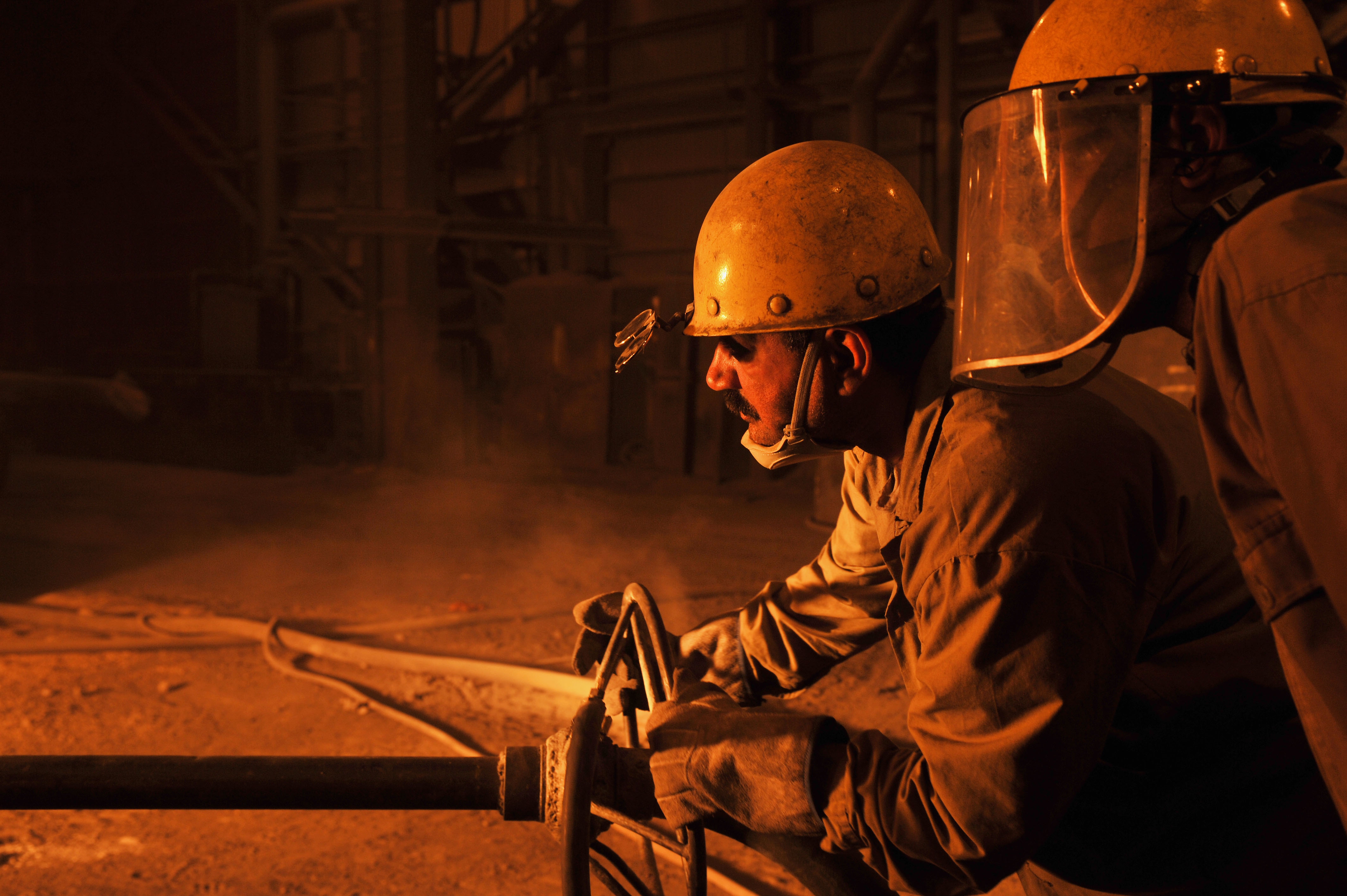 Migration from Lebanon, a phenomenon that began in the late 1800s, has ebbed and flowed according to the socio-political situation in the country, as well as in the countries of immigration. Prior to the First World War, Lebanese emigrated to the United States, Canada, Australia, Africa, and Latin America. After the Second World War, migration shifted to the oil-producing countries of the Arabian Peninsula, mainly Saudi Arabia and Kuwait. Since the 1980s, all of the Gulf states, and especially the United Arab Emirates (UAE), have attracted a large number of Lebanese migrants, whose remittances have been a major boon to their country of origin.

The “Pull” of Lebanese Migrants to the Gulf

According to Boutros Labaki, migration from Lebanon to the oil-producing countries increased between 1960 and 1970, when “the demand for manpower in different sectors of their economies … gave the decisive boost to Lebanese emigration.”[1]One of the “pull factors” was the increase in oil prices after 1973.[2]Riad Tabbarah puts the number of Lebanese emigrants residing in the Arab oil-producing countries by 1980 at 110,000. According to his calculation, Kuwait was the main destination in 1975 with 25,200 Lebanese emigrants, followed by Libya with 10,900, and Saudi Arabia with 8,000.[3]However, a shift subsequently took place whereby Saudi Arabia became the largest employer of Lebanese migrants with 97,300 in 1980, followed by Kuwait with 34,500, and the UAE with 18,000.[4]According to the International Labor Organization (ILO), by 1982 there were 127,000 Lebanese emigrants in Saudi Arabia, the UAE, Kuwait, Qatar, Bahrain, and Oman.[5]

The majority of Lebanese migrants in the Gulf in the early 1980s worked in construction, followed by the trade, tourism, transport and communications, banking, and public service sectors.[6]Marwan Maaouia states that “while there is a generally valid correlation to be drawn between job occupation and geographical origins, this correlation does not hold for the Lebanese who have tended to play in a league of their own … The Lebanese do not fit into the correlation that is otherwise to be found between job occupation and nationality. They have tended to spread themselves fairly evenly in different sectors.”[7]

Nor does the typical Lebanese migrant to the Gulf fit the stereotype of the unskilled and illiterate worker. As Maaouia has shown, even in the early 1980s “the Lebanese emigrant tends to be an educated worker in the high salary bracket.”[8]Philippe Fargues estimated in 2006 that 51.8% of Lebanese emigrants had a university education.[9]According to a multinational leader in the field of transportation and computer solutions with a regional office for the Middle East, North Africa, and the Indian subcontinent stated “that 35% of the directorship positions in the Gulf countries are occupied by Lebanese.”[10]The latest World Bank publication ranked Lebanon 28th among the 30 countries with the highest emigration percentage as a proportion of its educated labor force; at that time, the emigration rate in Lebanon exceeded 38%.[11]

In an interview with As Safir newspaper in December 2008, Finance Minister Mohammad Chatah stated that about one-third of Lebanon’s workforce, or about 350,000 people, were working in the Gulf.[12]However, it is important to note that the total number of Lebanese immigrants in the Gulf countries is based on estimates. Different sources claim different numbers; these numbers range between 124,000 (Fargues) and 350,000 (Shatah).

Maaouia states that the reason for migration to the Gulf states is that “the greater number of emigrants come from the two extremes of the social ladder: the already successful and wealthy in search of new opportunities, and the underprivileged who hope to do better abroad than they did at home.”[13]The massive destruction and displacement resulting from the summer 2006 war in Lebanon, as well as the subsequent civil unrest and intermittent assassinations, gave a further boost to migration. In a study entitled Insecurity, Migration and Return: The Case of Lebanon Following the Summer 2006 War, of the 460 surveyed Lebanese residents between the ages of 21 and 45, 60% indicated that they wanted to emigrate, just over two-thirds of whom confirmed that the war had helped lead them to the decision. The same study showed that the main destination preferred by those who intended to emigrate was Europe, followed by the Gulf countries.[14]

The Inflow of Remittances to Lebanon from the Gulf States

Lebanon relies heavily on remittances from Lebanese expatriates. Remittances played, and continue to play, a vital role in the life of Lebanon and its people. They are country’s most stable financial flow. On the micro level, remittances are considered a safety net for families afflicted by political and security turbulence, unemployment, underemployment, and the burdens of children’s education, and/or caring for the sick. Facilitated by both the sending countries and receiving countries, remittances “have emerged as a critical insurance mechanism for residents of countries afflicted by economic and political crisis (Lebanon during its civil war, Haiti…).”[15]On the macro level, remittances increase the country’s stock of foreign currency, and when consumed, remittances generate a positive multiplier effect.

There is no exact figure for the total remittances inflow originating from the Gulf. However, we can estimate that the majority comes from the Gulf based on migration numbers. According to Dilip Ratha and Zhimei Xu, the stock of emigrants in 2005 stood at 621,903, or 17.4% of the population.[16]If we accept this figure of 621,903 emigrants and Choghig Kasparian’s estimate that 35% of Lebanese emigrants are in the Gulf, then taking the $5 billion of remittances received by Lebanon in 2005, we can estimate remittances by Lebanese from the Gulf at $1.7 billion. The Gulf Cooperation Council (GCC) countries accounted for 57% of the total of $960.4 million electronic cash transfers to Lebanon in 2008, with the UAE being the leading source with $227.3 million.[17]Some experts estimate that an equal number is remitted informally, both in cash and in kind.

Gross remittance inflows are vital to the Lebanese economy, constituting between 20% (2008)[18]and 24.4% (2007)[19]of the Gross Domestic Product (GDP), making the country one of the largest recipients of remittances as a share of GDP in the world. Indeed, Lebanon’s Finance Minister Mohammad Chatah has stated that the income of Lebanese expatriates working in the Gulf is four times that of their compatriots in Lebanon.[20]

The flow of remittances into Lebanon has been on a rising trajectory, as the above graph illustrates. This is due not only to the good incomes that Lebanese expatriates earn, but also to the steady increase in the number of emigrants from Lebanon to many destinations, especially to the Gulf states. If insecurity continues to plague Lebanon and if the Gulf states maintain their pace of development and their need for qualified personnel, emigration from Lebanon will continue to intensify, especially if Lebanon continues to possess “a reservoir of qualified human resources.”[21]

[2]. Marwan Maaouia, “Lebanese Emigration to the Gulf and Saudi Arabia,” in Albert Hourani and Nadim Shehadi, eds., The Lebanese in the World: A Century of Emigration, The Center for Lebanese Studies (London: I.B. Tauris & Co. Ltd, 1992), p. 651.

[20]. “Lebanon Starts to Feel the Pinch of Financial Crisis.”

[21]. Kasparian, “La Migration Circulaire au Liban: Perspective Démo-économique,” pp. 4-5. The UNDP World Population Prospects predicts that in 2015 Bahrain will be the main destination of emigration for those in the 20-25-year-old age bracket. See Philippe Fargues, Emerging Demographic Patterns Across the Mediterranean and their Implications for Migration through 2030 (Washington, DC: Migration Policy Institute, November 2008), p. 25.

Remittances played, and continue to play, a vital role in the life of Lebanon and its people.