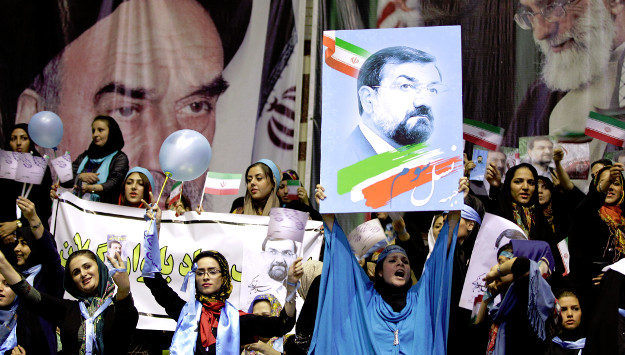 News Brief: Mohsen Rezaei, the long-time former head of the Islamic Revolution Guards Corps (IRGC), has launched a scathing attack on the government of President Hassan Rouhani and its policies. “Resumption of diplomatic relations with America is not a solution to the country’s problems,” he said in a clear jab at Rouhani. “We had tens of meetings with the Americans at foreign ministerial levels, and what do we have to show for it?” Instead, he urged for “everyone [inside the regime] to pursue revolutionary goals.” He said that “governments that are helped by liberals and technocrats in the economic policy making process have disregarded revolutionary values and held the people back.”

Rezaei remains influential both in the ranks of the IRGC and as the deputy head of the Expediency Council, a regime arbitration organ, and is a potential 2017 presidential hopeful. He has repeatedly failed as a presidential candidate but his latest remarks suggest he might still harbor presidential ambitions. Rezaei’s reference to “liberals and technocrats” and attacking the Rouhani’s government’s policies aimed at attracting foreign investment is nothing but a populist grab for attention. As someone who has been at the top political levels in Iran for almost three decades, he is as responsible as anyone in the Iranian regime for the country’s political and economic ills.