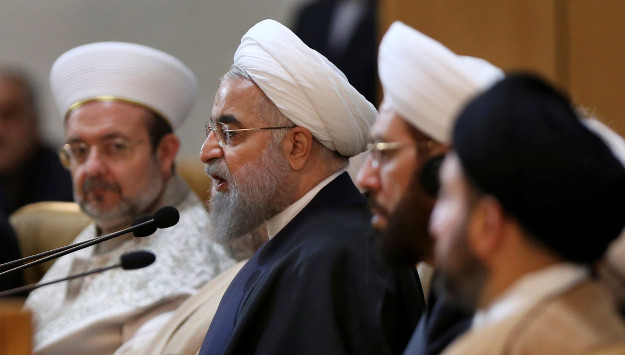 A new opinion poll shows that public support for Iranian President Hassan Rouhani is plummeting as Iranians are increasingly dissatisfied with the government’s handling of economic and democracy-related issues.

A survey conducted by the University of Maryland in December indicates that the Iranian president’s favorability rating has declined sharply from 61 percent in August 2015 to 28 percent last December.  Many respondents complained that the nuclear deal Tehran signed with world powers in 2015 had not improved their economic situation. Slightly more than half of those surveyed said the country’s economic conditions were worsening.

Another poll published by the Zogby Research Services (ZRS) last November, also indicated that 70 percent of Iranians were “dissatisfied” with the government’s record relating to promoting and protecting democracy and civil rights in the country.

The survey results come as Rouhani is readying to run for a second term in the next presidential election slated for May. Although he has no formidable rival at this point, the sharp decline in support for him puts his reelection bid at risk.

Many Iranians hoped that Rouhani’s 2015 nuclear deal with world powers would stimulate economic recovery in the country. But while most nuclear-related international sanctions on Iran were lifted in January, American sanctions related to terrorism and Iran’s missile program have remained in place. As a result, international companies and foreign banks have been reluctant to invest in and do business with Iran, and Rouhani campaign promises of job creation and greater incomes have yet to materialize. But sanctions are not the only problem. The Rouhani government has also failed to tackle endemic corruption and mismanagement that hinder economic recovery in the country. Transparency International Corruption Perceptions Index for 2016 released on January 25 showed Iran shared 131st position with Russia.

Moreover, Rouhani has not delivered on his campaign promise of promoting freedom and democracy in Iran. The incumbent’s reformist base is increasingly frustrated with his unwillingness to stand up to Iran’s repressive judiciary and intelligence agencies and improve the country’s dismal human rights record.