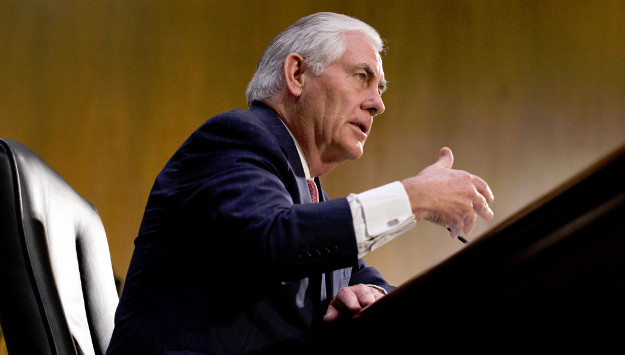 The confirmation hearing of the man slated to be the next US Secretary of State, Rex Tillerson, has received a mixed review in Iran. On the one hand, Tillerson’s remarks on Iran were hardly encouraging to Iranian ears.

Calling Iran “the common enemy of United States, Israel and the Arab states,” Tillerson warned that exclusively focusing on the 2015 nuclear deal would divert attention away from Tehran’s support for terrorism and groups “such as Hamas and Hezbollah.”

However, Tillerson’s views on the nuclear deal hardly represented a rejection of the controversial agreement that President-elect Donald Trump had vowed during his presidential campaign to rip apart once in office. In fact, Tillerson only vowed to “have a comprehensive review of the deal.” In Tehran, this was not the worst message that could come from the man who might soon be the next Secretary of State.

Meanwhile, Tillerson’s past views and the reputation of his old company, ExxonMobil, as an opponent of the use of unilateral American sanctions as an instrument of US foreign policy, are all seen in Tehran as encouraging. Such hopes by Tehran might prove short lived as overall the Trump administration contains plenty of voices that are highly energized to confront the Iranian agenda in the Middle East once they assume office.