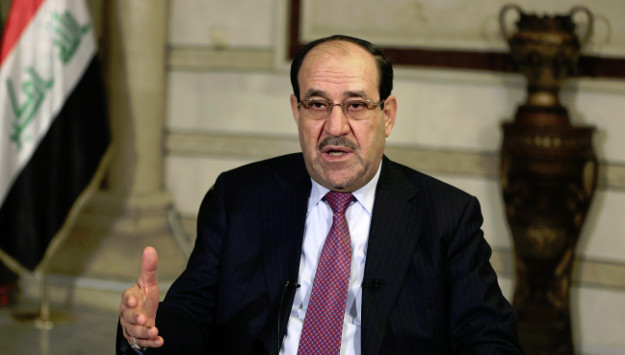 Ali Shamkhani, the head of Iran’s Supreme National Security Council (SNSC), has called Iraqi Shiite militia, the Hashd Al-Shaabi (Popular Mobilization Forces), a “strategic capacity for the future of Iraq.”  Shamkhani said this to the visiting former Iraqi prime minister, Nouri al-Maliki. Mailiki in turn thanked Iran for its “support for the Iraqi government and people” and lashed out at Tehran’s regional rivals Turkey and Saudi Arabia. In Tehran, Maliki claimed that “countries like Turkey and Saudi Arabia, [had] hatched plots to disintegrate the region,” and that those “plots” were now defeated.

Maliki, a controversial politician who is widely believed to have caused much of the rise in sectarian tensions and violence in Iraq when he was in office during 2006-2014, is one of Tehran’s most valuable Iraqi allies. It was during his time in office that Iranian influence in Iraq rapidly expanded. Maliki has also been a vocal supporter of the Shiite militias in Iraq whose activities and obedience to Iran remain a major obstacle to reduce Sunni-Shiite tensions in the Iraqi population. Maliki's attacks on Turkey and Saudi Arabia show that he has little independence in terms of his foreign policy posture and has to stay very close to Tehran's line in order to maintain its support.