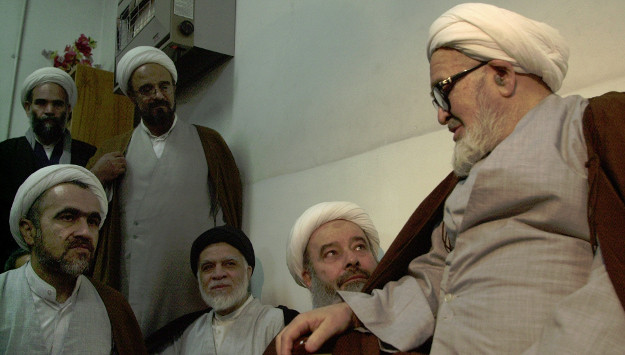 In the latest act of political repression and human rights violation in Iran, a Special Clerical Court has defrocked regime critic Ahmad Montazeri and sentenced him to six years in jail for publishing an audio recording in which his father had condemned a mass execution of political prisoners in the summer of 1988. Montazeri called the verdict “cruel” and vowed to appeal it.

Ahmad Montazeri is the son of late Grand Ayatollah Hossein Ali Montazeri, who was once designated as a successor to Ayatollah Ruhollah Khomeini, the founder of Iran’s 1979 Islamic revolution, but was later marginalized after openly criticizing top regime officials for oppressing dissidents and imposing a dictatorship.

"In my view the biggest crime in the history of the Islamic republic, for which history will condemn us, has been committed at your hands," Montazeri is heard telling a gathering of judges and judiciary officials involved in the case. "Your names will be written in history as criminals."

The execution of thousands of members of Mujahideen-e Khalq (MEK) and other leftist organizations was carried out at Khomeini’s order.

Montazeri’s jail term shows that the 1988 executions still remain a taboo subject in Iran. Although late Montazeri had detailed the episode in his memoir, regime officials were alarmed by the audio tape’s release because it was widely disseminated through the internet and social media, including by young Iranians inside and outside the country.

Moreover, some top judiciary officials condemned in the audio tape are currently serving in the government, including Justice Minister Mostafa Purmohammadi. They may be terrified that that the audio clip might implicate them of crime against humanity at an international court, if not at home.

By handing Montazeri a six-year prison term, regime authorities may also be trying to prevent him from releasing any other incriminating evidence relating to the 1988 executions and other acts of oppression by the regime in the past. It also sends a message to other Iranians that disclosing cases of repression and rights violation by the Islamic Republic bears dire consequences.