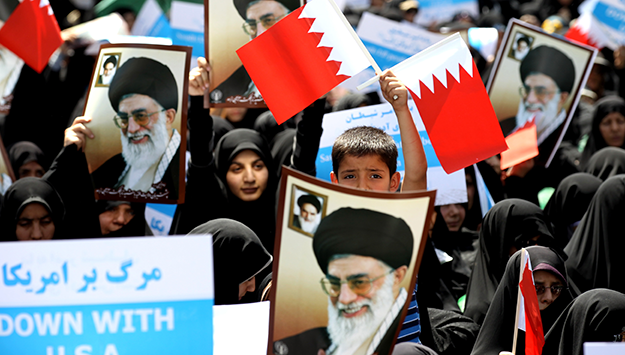 View the full issue brief at the Atlantic Council.

To many Bahrainis who oppose the policies, and some even the rule, of the al-Khalifa royal family, the mere mention of Iran’s interest in the Kingdom and its increased interference during and after the country’s 2011 uprising is considered a major distraction and insult to their struggle for economic integration and fair political representation. To the government of Bahrain and its supporters, on the other hand, downplaying Tehran’s intentions and designs in Manama is as dishonest as it is irresponsible.

The gap between these two perspectives among Bahrainis, which creates pressures for Washington’s Bahrain policy, is not unbridgeable, but it is widening because of the intensifying clash between the government and the opposition in recent years. Currently, there is very little trust between the two sides, which might explain why there is no appetite for a return to dialogue.

Things were not always thus. Even in 2011–2013, in the heat of political battle when confrontations between the protestors and the police were taking place almost daily, reasonable people on both sides agreed on two things: one, the opposition movement—which is predominantly though not exclusively Shia and represented by a substantial segment of the Bahraini population—has a set of legitimate demands at the head of which is the country’s transition to a constitutional monarchy; and two, Iran has been involved in destabilizing acts across the Kingdom in partnership with radical members of the opposition. Those views are not mutually exclusive.

However, the lack of meaningful dialogue since 2014 (and the failure of previous talks), the recent punitive measures by the Bahraini government against the opposition (primarily al-Wefaq), and the heightening of sectarian conflict across the region partly due to boiling tensions between Iran and Saudi Arabia have all led to the current stalemate.