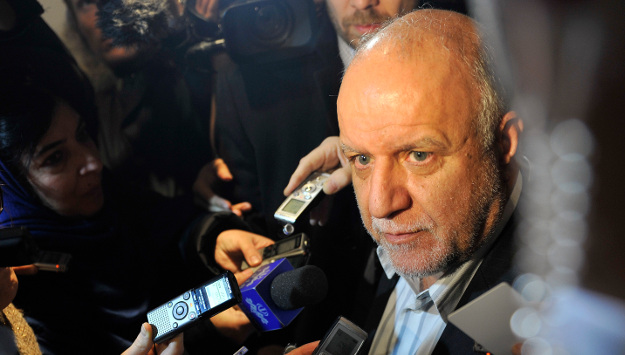 As the June 30 deadline for a nuclear deal between Iran and the P5+1 approaches, the world is eagerly following the fortunes of political moderate figures in Tehran. Can the Cabinet of President Hassan Rouhani overcome any last-minute roadblocks put up by hardliners in either Tehran or in Washington? One member of Rouhani’s cabinet, Minister of Petroleum Bijan Namdar Zangeneh, is arguably more vested than anyone else in hoping for a positive result from the talks.
...
Zangeneh is in his job today because he is widely seen to be Iran’s top oil man. And given that oil exports, and the expanding natural gas sector, are the mainstay of the Iranian economy, his stewardship will be critically important as long as he can stay in the job. But he is assured plenty of scrutiny from those who are suspicions of him. When Rouhani first nominated Zangeneh in August 2013, the pushback was swift. He was not one of the three nominees to be rejected by the Majles, where hardliners have a majority thanks to Iran's candidate vetting process that hugely favors hardliners. As was expected, however, Zangeneh’s margin of support among the parliamentarians was on the narrow side.

The hardliners see Zangeneh as a relic left over from the moderate presidencies of Ali Akbar Hashemi Rafsanjani (1989-1997) and Mohammad Khatami (1997-2005), two men that are today defined by the hardline faction as the intellectual heart of the moderate movement in Iran that champion political reform at home and the return to the international mainstream.