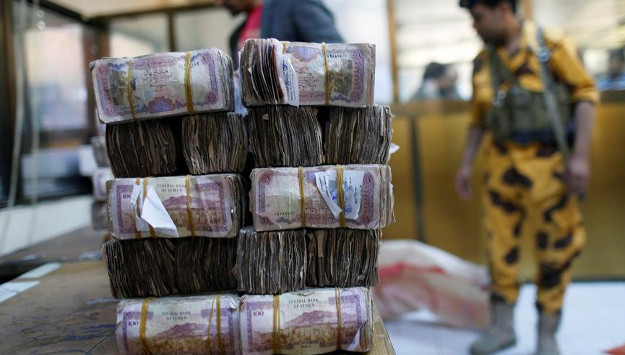 The U.S. Treasury Department today sanctioned a network of individuals and entities involved in counterfeiting Yemeni bank notes for the Islamic Revolution Guards Corps and assisting I.R.G.C.’s destabilizing activities. The network is said to have produced hundreds of millions of dollars in fake Yemeni cash, using “deceptive measures” to circumvent European export restrictions to buy advanced equipment needed to print the money for the I.R.G.C.’s elite Quds Force. The Treasury had designed Iran’s Quds Force pursuant to the global terrorism Executive Order (E.O.) 13224 in 2007. "This scheme exposes the deep levels of deception the IRGC-Qods Force is willing to employ against companies in Europe, governments in the Gulf, and the rest of the world to support its destabilizing activities.  Counterfeiting strikes at the heart of the international financial system, and the fact that elements of the government of Iran are involved in this behavior is completely unacceptable," said Treasury Secretary Steven Mnuchin.  "This counterfeiting scheme exposes the serious risks faced by anyone doing business with Iran, as the IRGC continues to obscure its involvement in Iran's economy and hide behind the façade of legitimate businesses to perpetrate its nefarious objectives."

Comment: It is not the first-time that U.S. authorities have discovered an Iranian-linked counterfeit cash scheme. As Mathew Levitt, director of Stein Program on Counterterrorism and Intelligence at the Washington Institute, documented in his book, “Hezbollah: The Global Footprint of Lebanon’s Party of God,” Iran has produced counterfeit U.S. and other currencies for the Lebanese Hezbollah as well.

Furthermore, a report in Asharq al-Awsat alleged earlier this year that the Houthi militias have allowed large amounts of narcotic drugs into Yemen disguised as Iranian medical assistance. The report claimed that the I.R.G.C. had set up front companies to facilitate such illicit shipments. “Iran also provided to Houthi militias and [Yemen's former president Ali Abdullah] Saleh with land mines to plant in residential areas and has continued to provide them with armory and missiles despite [U.N.] Security Council resolution 2216.”