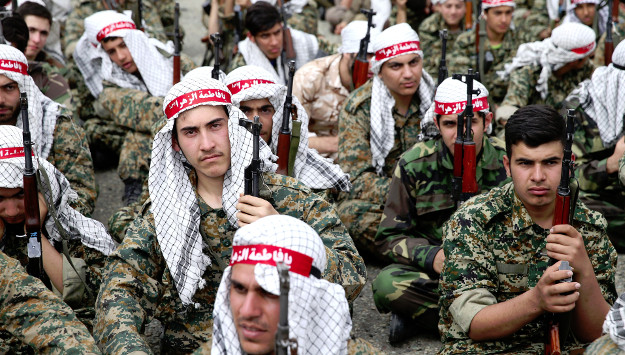 A senior official of the Islamic Revolution Guards Corps has announced that the paramilitary Basij Force will soon begin patrolling missions in the capital city of Tehran, IRGC-affiliated media outlets reported. “All necessary coordination efforts for a plan to conduct region-centric patrols have taken place with the law enforcement forces and the Judiciary. And this plan will soon begin in Tehran,” Brigadier General Mohammad Reza Yazdi, the commander of the IRGC Greater Tehran’s Mohammad Rasullah, said. “This plan’s objective is to maintain security for the citizens in the city. Of course the law enforcement forces do their utmost to provide security and carry out their mission, but maintaining complete security necessitates cooperation between all agencies,” he added. “Through these patrols, the Islamic Revolution Guards Corps seek to maintain a portion of security in the capital.” He further hailed the Basij Force for “jihadi actions” in tackling poverty, narcotics addiction, and other sociopolitical problems in the country.

Comment: Yazdi’s remarks indicate that the IRGC is seeking to use the latest antigovernment protests across the country as a pretext to expand its authority.  His comments also vindicate Iranians’ fear that the IRGC and hardliners will further securitize and militarize the country’s sociopolitical sphere and impose more restrictions on their freedoms. IRGC leaders are also pushing for an even stricter monitoring of the Internet in the wake of up of the last protests.

The Basij Resistance Force is a largely volunteer paramilitary organization operating under the IRGC leadership. In recent years, the force has significantly expanded and Basij members are now omnipresent in Iran’s security, political, cultural, religious and economic arenas. The Basij Force was instrumental in the bloody suppression of anti-government protests that rocked Iran after the 2009 controversial presidential elections. Its plainclothes agents and moral police regularly harass ordinary Iranians, university students, government workers, journalists, activists and politicians.

Since the Basij Organization has become an integral part of the IRGC, its size and scope of responsibilities have expanded even further. On December 7, 2016, Iran’s Supreme Leader Ali Khamenei appointed Gholam Hossein Ghaib-Parvar as the new head of the Basij Force, and tasked him to counter “enemy infiltration” and “soft” threats against the regime. Previously, the Supreme Leader had warned that “enemies” were trying to change Iranians’ political beliefs and values and that “infiltrating into [political] currents is more dangerous than influencing individuals.”