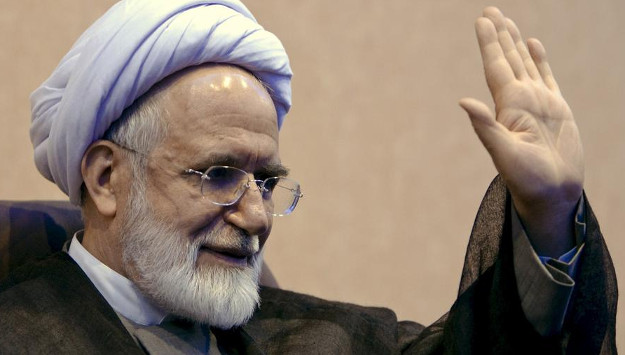 In a strong rebuke of Iran’s Supreme Leader, a leading reformist leader has said that Ayatollah Ali Khamenei is responsible for the country’s growing political, social, and economic problems. “You have been the head of state for three decades, yet you still speak from the stance of an opposition,” Mehdi Karroubi, who has been under house arrest for the past seven years, wrote to Khamenei in an open letter. He bluntly told the supreme leader to take responsibility for his leadership failures instead of blaming others. “In these three decades, you sidelined an important segment of the original forces of the revolution so as to implement your own policies,” he continued. The 5,000-word letter was published in Saham News, which is affiliated with Karroubi’s National Trust Party.

Karroubi, who run for president in 2005 and controversial 2009 elections, also referred to the deepening anger and frustration of the Iranian people about political and economic stagnation as well as the regime’s oppressive policies suffocating Iranians’ freedoms. He said the current challenges are “the direct results of the strategic and executive policies” of Khamenei.

The reformist leader further cautioned Khamenei to reform the system or face dire consequences. The latest protests against “the regime’s oppression, corruption and discrimination ring an alarm bell which you need to address as soon as possible,” he stressed. The cleric further urged Khamenei to release protesters still suffering abuse in prisons.

The former speaker of Iran's parliament also condemned widespread corruption by religious and security institutions. Revolutionary foundations have turned into “financial cartels,” he noted. “More than 50 percent of the country’s wealth is at the disposal of a few state institutions which are immune from monitoring and accountability.” also Karroubi held Khamenei responsible for the “catastrophic” entry of the Islamic Revolution Guards Corps (IRGC) and the Basij Organization into Iran’s economic, political cultural and internal security spheres – undermining other state institutions and promoting corruption.

Karroubi further criticized Khamenei for undermining state institutions. He said the supreme leader has degraded parliament to a “pliable assembly” and indicated that the Assembly of Experts has lost power and only praises the supreme leader, instead of doing its job of supervising the performance of the leader.

Comment: The timing of Karroubi’s rare and bold criticism of Khamenei is significant. First, the open letter is published on the seventh anniversary of the house arrest of Karroubi and opposition leaders Mir-Hossein Mousavi and his wife Zahra Rahnavard. The Green Movement leaders were placed under house arrest after the widespread protests in Tehran in the wake of the 2009 fraudulent elections. Second, there were talks in Tehran recently about the possibility of ending the house arrest and releasing the opposition leaders. According to media reports, one of Khamenei’s conditions to release the reformist leaders is that they retract anti-regime statements and apologize for their roles in the unrest seven years ago. But Karroubi’s letter shows that the opposition leaders remain defiant.

The letter also comes just weeks after nationwide protests that rocked the Islamic Republic. More than 20 people were killed and thousands detained during the protests that began on December 28 and continued for two weeks. Sporadic protests are still reported from some parts of Iran. The protesters not only denounced the government’s mismanagement and corruption responsible for the Iranian people’s deteriorating living conditions, they also called into question the legitimacy of Khamenei and the Islamic Republic system. Many also chanted slogans against the IRGC’s costly involvement in regional conflict at the expense of domestic priorities. Some even chanted slogans in support of the Shah. Therefore, in his letter, Karroubi highlighted the fact that “the system is on a downward spiral to the extent that if feels endangered by a few thousand protesters.”

Tomorrow, Iran begins an 11-day celebration marking the 39th anniversary of the Islamic Revolution that toppled the Shah. The revolution had promised Iranians freedom, prosperity and dignity. But today, even some like Karroubi who played a part in the 1979 revolution admit that the system has failed the Iranian people.

Khamenei has the final say in all state matters in Iran. He has a veto power over all decisions and at times micromanages Iran’s domestic and foreign policies. While he takes credit for any achievements, he always blames others for failures. Recently, he cited that the Rouhani government should not “speak like an opposition” but instead must address people’s problems. But Karroubi rightly reminded him that he remains the source of all major political and economic challenges Iran is facing today.