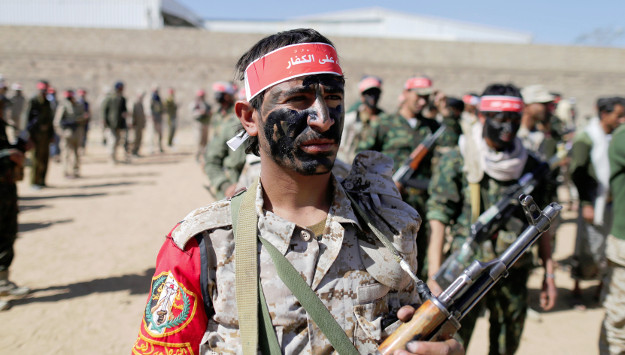 emen's Houthi rebels fired at least seven missiles into Saudi Arabia on Sunday, hitting different targets including the capital city of Riyadh, according to Iranian and Arab media outlets. Yemeni Vice President Lt. General Ali Mohsen al-Ahmar laid blame on Iran, claiming that the latest missile attacks show that Iran has not stoppled supplying missiles and other weapons to its Houth allies in Yemen. In a meeting with Yemen’s Minister of Planning and Cooperation Mohammad al-Saadi, Ahmar further emphasized that Iran and its allies in Yemen undermine international efforts to resolve the Yemeni conflict. He also accused the Houthi rebels of promoting hostility between Yemen and Saudi Arabia and other Gulf Arab states.

The Saudi-led coalition supporting the Yemeni government also accused Tehran of providing the missiles to Houthis. Spokesman Col. Turki al-Malki said the coalition has the right to respond to Iran “at the appropriate time and manner”, under international law and within the UN framework, to protect the kingdom.

Iranian outlets affiliated with the Islamic Revolution Guards Corps (IRGC), however, lauded the missile attacks that killed at least one civilian in Riyadh. “Panic in Riyadh; Yemeni Army’s ballistic missiles snatched sleep from Saudis’ eyes,” was the title of an article about the latest Houth assault in Tasnim News Agency. “Yemen, a dark tunnel for Saudi Arabia, the Emirates, and Sudan,” was the headline of another Tasnim piece on the latest incident. The article stressed that the Houthis are bolstering their military capabilities.

Comment: The frequency and range of Houthi missiles into Saudi Arabia in recent months have heightened tension between Riyadh and Tehran. Last month, the spokesman for the Saudi-led Coalition Forces said the Saudi Royal Air Defence Forces intercepted a ballistic missile launched from Houthi-held Sa’ada Governorate of Yemen toward the Saudi city of Khamis Mushait. Col. Turki al-Maliki said the Coalition held Iran responsible for continuing Houthi missile attacks into the kingdom. He emphasized that the Houthi missiles indiscriminately target civilian population centers and accused Iran of continuing to aid the Yemeni rebels in defiance of the UN Security Council Resolutions 2216 and 2231. The spokesman further called on the international community to take concrete steps to stop Iran’s “continuing smuggling and transferring of ballistic missiles and weapons to terrorist groups and non-state actors.”

The increasing Houthi missile attacks have also triggered angry reactions in Washington. When a Houthi ballistic missile targeted the international airport in Riyadh on November 4, both Saudi and American officials said they held Tehran and its allies responsible for the attack. Saudi Foreign Minister Adel al-Jubeir accused Iran’s ally Lebanese Hezbollah of smuggling missile parts into Yemen. According to the Saudi Press Agency, Saudi Crown Prince Mohammad bin Salman said the “involvement of the Iranian regime in supplying its Houthi militias with missiles is considered a direct military aggression by the Iranian regime and may be considered an act of war against the Kingdom.”

Iranian officials, including Foreign Minister Javad Zarif, denied any Iranian involvement. But Reuters reported that a team of United Nations sanctions monitors had concluded that remnants of four ballistic missiles launched into Saudi Arabia by Houthi rebels this year, including residuals from the November 4 attack, appeared to have been designed and produced by Iran. “Design characteristics and dimensions of the components inspected by the panel are consistent with those reported for the Iranian designed and manufactured Qiam-1 missile,” the monitors said.