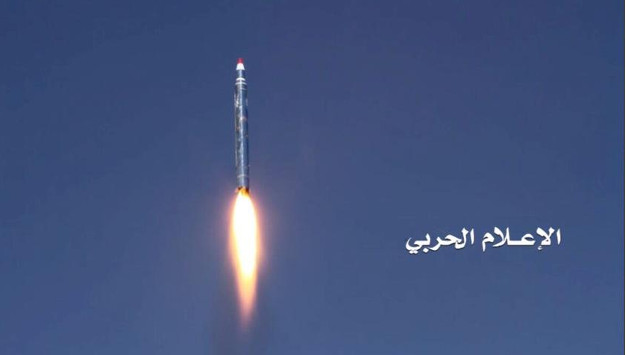 Iranian media also reported on today’s speech by Abdul-Malik al-Houthi, the leader of Ansarullah, in which he pledged to further advance the group’s missile capability to be able to attack more strategic areas in Saudi Arabia and United Arab Emirates in the future, including oilfields and military bases.

Comment: The latest ballistic missile attacks against Saudi mainland by the Iranian-backed Houthi rebels in Yemen has heightened regional tension and risks triggering a wider conflict in the Middle East.

Following a similar ballistic missile attack at Riyadh’s main international airport on November 5, Saudi Foreign Minister Adel al-Jubeir accused Iran’s ally Lebanese Hezbollah of smuggling missile parts into Yemen. According to the Saudi Press Agency, Saudi Crown Prince Mohammad bin Salman said the “involvement of the Iranian regime in supplying its Houthi militias with missiles is considered a direct military aggression by the Iranian regime and may be considered an act of war against the Kingdom.”

Last week, U.S. Ambassador to the U.N. Nikki Haley also presented “concret evidence” of Iran’s transfer of weapons to the Yemeni rebels and called for the creation of an international coalition to confront the Iranian threat. "When you look at this missile ... it is absolutely terrifying," she said. These weapons "might as well have had 'made in Iran' stickers."

Iranian officials, including Foreign Minister Javad Zarif, have denied any Iranian involvement. But Reuters reported last Wednesday that a team of United Nations sanctions monitors has concluded that remnants of four ballistic missiles launched into Saudi Arabia by Houthi rebels this year, including residuals from the November 4 attack, appear to have been designed and produced by Iran. “Design characteristics and dimensions of the components inspected by the panel are consistent with those reported for the Iranian designed and manufactured Qiam-1 missile,” the monitors said. The independent panel of U.N. monitors has submitted the report to the Security Council.

Moreover, in a rare admission earlier this month, the head of Iran’s Revolutionary Guards said Iran is providing assistance to the Houthi “resistance movement” fighting the Saudi-led Coalition. “Our assistance to the resistance front has been provided at the request of their people and governments, and Yemen is one of those examples. In Yemen, the power today lies in the hands of Ansarullah and Iran’s assistance is at the level of advisory and spiritual support,” Major General Ali Jafari said at a press conference in Tehran. He further stressed that the Islamic Republic will spare no effort to continue supporting the Houthi movement in the future. Although Jafari said Iran’s support to the Yemeni rebels is confined to “advisory” missions, he and other Iranian leaders make similar claims about Syria and Iraq despite Iran’s substantial military involvement in the two countries.

The U.S. military and its allies have confiscated several Iranian arms shipments destined for Yemen in the past two years. In January, the Australian government also released photographs that showed light anti-armor weapons seized near the Yemeni coast were manufactured in Iran. And last November, another report published by the Conflict Armament Research, a U.K.-based organization that tracks and analyzes weapons shipments around the world, indicated an arms “pipeline” originating from Iran extended to Yemen and Somalia. Last year, Iran’s former ambassador to Iraq, Hassan Kazemi-Qomi admitted that Tehran “assisted the region’s oppressed people, including in Yemen against the Saudi invaders.” In an interview with a conservative Iranian newspaper, he warned that Iran’s national security would be compromised if Riyadh succeeded in Yemen.