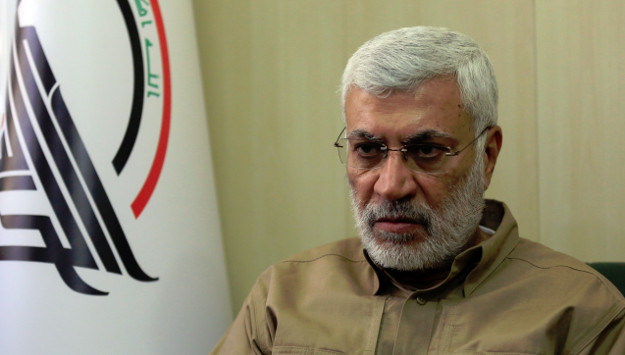 The deputy head of Iraq’s Popular Mobilization Forces has said that, with the military defeat of ISIS, the paramilitary forces will now play a key role in the security sector, Fars News Agency, an outlet affiliated with the Islamic Revolution Guards Corps (IRGC) reported. “We were able to mobilize our nation’s capabilities, and by training tens of thousands of young men, we established a complete military organization within four years equal to institutions that have a 97-year history,” Abu Mahdi al-Muhandis, the top commander of PMF said during a speech in the Iraqi city of Basra. “Hashd al-Shaabi has put an end to the case of Daesh [ISIS] from a military aspect, and it will now confront terrorism from a security perspective.”

Comment: With the military defeat of ISIS, PMF leaders are pursuing a dual approach to consolidating their gains and influence in Iraq. On the one hand, its military commanders have rejected any idea of disbanding the paramilitary organization and seek to remain an integral part of the Iraqi security forces. At the same time, several key PMF leaders have resigned from their official positions and are preparing to contest the upcoming Iraqi parliamentary elections slated for May 12 this year.

The PMF consists of militia forces largely from Shiite but also other Iraqi ethnic and religious groups. While some PMF units are Iraqi nationalists and follow Iraq’s top cleric Grand Ayatollah Ali Sistani, many prominent groups within PMF – such as Asa’ib Ahl al-Haq and the Badr Organization – have close ties with Qassem Soleimani, the head of the IRGC’s elite Quds Force. Iran used these groups to attack American troops before 2011, and now works to ensure that they hold key positions within the Iraqi security and political apparatuses. Iran’s Supreme Leader Ali Khamenei specifically asked Iraqi Prime Minister Haider al-Abadi during his two trips to Tehran last year not to dissolve the PMF. The Iran-backed groups within the PMF have recently formed a coalition to participate in the upcoming elections. Hadi al-Amiri, the head of the Badr Organization, is leading the alliance.

Muhandis, the chief commander of PMF, is more loyal to Tehran than Baghdad. Last April, he said he took a pride in being a “soldier” of Soleimani, calling it “a blessing from God.” In a documentary aired on the Iranian state-run Ofoq television channel, Muhandis, reiterated his allegiance to Khamenei and the principle of the “Islamic jurisprudence.” He further explained that he fights for Iran because the Islamic Republic is the “mother of the Islamic community” and “our Mecca.”

According to U.S. government accounts, Muhandis participated in the bombing of Western embassies in Kuwait and plotted assassination of the Emir of Kuwait in the early 1980s. He has been convicted in absentia by the Kuwaiti government.

Under Soleimani’s supervision in 2007, he formed a group called Kata’ib Hezbollah – also known as the Hezbollah Brigades or the Iraqi Hezbollah – and employed Lebanese Hezbollah experts to train and prepare his militiamen in guerilla warfare to attack coalition troops in Iraq. Kata’ib Hezbollah now functions under the P.M.F. umbrella. Muhandis also reportedly played an instrumental role in smuggling weapons from Iran into Iraq and distributing them to anti-coalition terrorist groups.

As a result, the U.S. Department of the Treasury designated Muhandis and the Kata’ib Hezbollah group in 2009 for having “committed, directed, supported, or posed a significant risk of committing acts of violence against Coalition and Iraqi Security Forces” under Executive Order 13438. The Treasury noted that Muhandis was an advisor to Soleimani.

Muhandis’ real name is Jamal Jaafar Ibrahimi. His family is said to have migrated from Iran to Iraq decades ago and his wife is reportedly Iranian as well.