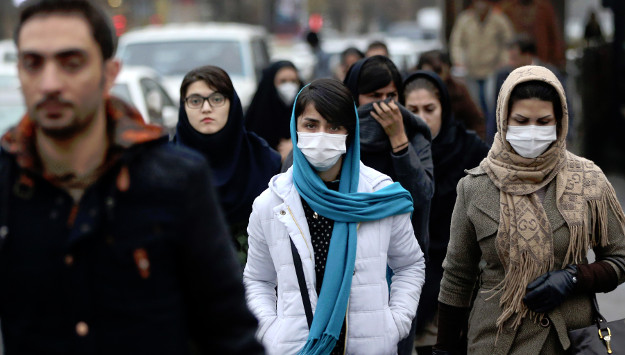 Air pollution in the southwestern Iranian province of Khuzestan has reached “extremely dangerous” levels, the BBC Persian reports. All flights at the international airport in Ahvaz, Khuzestan’s capital, have been suspended, and schools in several cities such as in Ahvaz, Abadan, Khoramshahr, and Mahshr have temporarily shut down. A video clip published on the BBC Persian website shows that dense dust pollution has forced scores of residents to leave the area. The pollution problem and dust storms in the region are said to be getting even worse during the summer. The air is not safe to breath. The pollution problem in Ahvaz is deteriorating at a time that Iranian government official warn about water scarcity and other environmental problems across the country.

Comment: Iran’s oil-rich Khuzestan Province witnessed angry protest rallies last year as residents were calling on the government to address the region’s worsening environmental degradation and air pollution. People were also angry because their power and water supplies had been cut off for several days. Protesters in the provincial capital city of Ahvaz also blasted local authorities and the government of President Hassan Rouhani for neglecting the region. Photographs from the rallies showed protestors carried placards that warned “Khuzestan is tired and will not remain silent anymore.”

Although Khuzestan accounts for a vast majority of Iran’s oil production and government revenues, its residents, particularly the Arab Sunni community, have been subjected to economic, social and political marginalization for decades.

In last year’s protests, the Khuzestan residents were not only criticizing the government for mismanagement, deliberate negligence and corruption, but they were also lambasting Tehran’s involvement in foreign wars at the expense of domestic priorities. “When saving [Syrian President Bashar] Assad is more important than protecting Khuzestan, seeing such a dreadful situation is not unexpected,” tweeted Mostafa Tajzade, a leading Iranian reformist figure and political activist. His message was re-tweeted several hundred times and generated a heated discussion among Iranians living inside and outside the country.

Government authorities predictably responded to protesters’ demands with a campaign of intimidation and arrests. President Rouhani also pledged to address the protesters’ problems. But the worsening environmental problems in the province show that the government has not matched its promises with action.