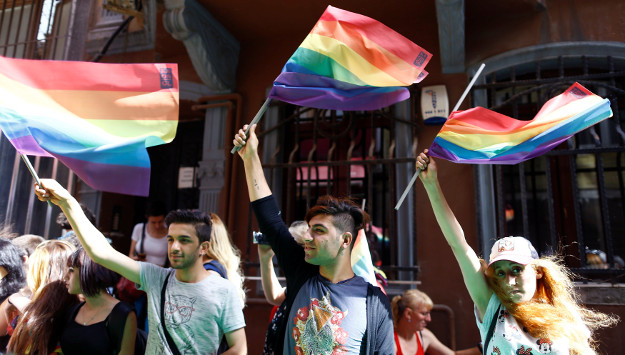 Last month’s massacre at an LGBT nightclub in Orlando launched a heated debate about the relationship between Islam and homosexuality, and more acutely, about the prevalence of a virulent homophobia in the Islamic world. But in the Middle East, this debate began long before Orlando. LGBT people in this part of the world have been battling for their rights for years, and not without casualties.

Across the region, sexuality has become one of the main battlegrounds in the broader confrontation between advocates for democracy and human rights on the one hand and authorities and conservative religious forces on the other. This is reflected in LGBT activists’ successful alliances with other progressive forces, and in the success they have found championing their own cause by casting it as part of a more general struggle for freedom and dignity.

Nowhere has this been more evident than in Turkey, where President Recep Tayyip Erdogan’s drive to concentrate power in his own hands is being accelerated in the wake of last week’s failed coup attempt. Inherent to Erdogan’s growing authoritarian streak is his push to impose on the Turkish people a set of conservative, Islamist values that impinge on a raft of civil and personal rights.

Since his ascent to power in 2003, discrimination has become widespread. Its manifestations range from public homophobic statements by ruling party officials — one former minister in 2010 labelled homosexuality “a biological disease” — to the blocking of gay social media apps and, in 2013, the punishment of a publishing house for releasing a novel with “homosexual content” under the pretext of “indecency.”