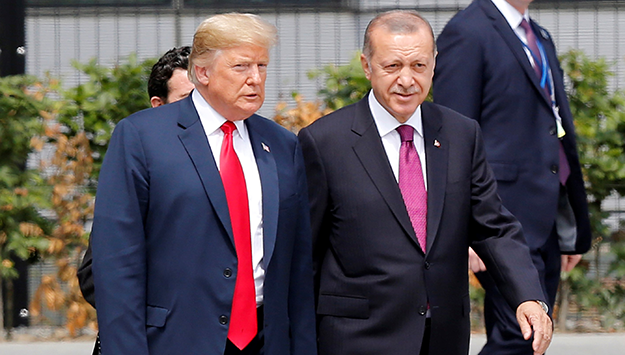 Can the US and Turkey mend fences in Manbij?
Gonul Tol, Director for Turkish Studies

Turkey-U.S. cooperation in Syria is still on despite recent tension between the two countries over the jailed American pastor Andrew Brunson. Last week, U.S. Secretary of Defense James Mattis announced that Turkey and the U.S. are preparing for joint patrols near the Syrian city of Manbij. The move is part of a deal reached between the two countries in June. According to the agreement, the Syrian Kurdish militia the People’s Protection Units (YPG)—considered a terrorist organization by Ankara—would withdraw from the town and the U.S. and Turkey would then conduct independent but coordinated patrols along the borders of Manbij before joint patrols begin.

For Turkey, the next step is to enter the city and replace the governing council that is currently dominated by pro-YPG forces with groups that are close to Ankara. And that is where the deal might face its toughest challenge. The U.S. insists Turkish forces will not enter the city. Washington is also opposed to a change in the structure of the governing council. Ankara hopes that the agreement in Manbij can be extended to other Kurdish-dominated areas in northern Syria while Washington is only focused on Manbij.

Through the Manbij deal, the U.S. hopes to maintain its relationship with the YPG while appeasing its NATO ally, but it might end up angering both. Recognizing the vulnerable position the deal might put them in, the Kurds have started negotiations with the Syrian regime. The U.S. military presence in the area might be threatened if a deal is reached between the two. If the Turks do not get what they want from the deal, further headache awaits Washington in its already troubled relationship with Ankara.

U.S. National Security Advisor John Bolton is to meet his Russian counterpart, Nikolai Patrushev, in Geneva later this week, and media reports say Syria is on the agenda. Russia wants American support for the nascent Syrian government reconstruction efforts, but Washington is not interested in financing reconstruction, even in areas where American forces are present in Syria. On Aug. 20, Foreign Minister Sergey Lavrov sharply criticized American reluctance to help rebuild, claiming that it would deter refugees from returning to Syria. Russia is increasingly linking reconstruction funding, for which it lacks resources, to the resolution of the sensitive Syrian refugee issue. Patrushev likely will press Bolton to agree to a larger role for and faster response from the U.N. in reconstruction and refugee return, including greater funding.

On the way to his meeting with Patrushev, Bolton stopped in Israel to discuss with the Israeli government issues related to Iran. Bolton stated last week that the U.S., Israel, and Russia all agreed that Iranian “entrenchment” in Syria and its support for Hezbollah should end. Bolton told ABC News on Aug. 19 that Russia agreed with the U.S. and Israel that Iranian “offensive operations in Syria and Iraq” should stop, and that the U.S.’s goal is to see Iranian forces withdraw from Syria. Moscow, however, has repeatedly cautioned that compelling Iran to withdraw would be difficult; the Russian ambassador in Lebanon told Israeli television on Jul. 30 that Iranian forces play an important role in liberating Syria from “terrorists.” Patrushev, thus, is unlikely to offer any major new Russian initiative to pressure the Iranian forces in Syria.

Iran is about to unveil a new fighter jet called Qaher F-313, which in Arabic means conqueror. I am not sure how much “conquering” this new plane will be involved in because there are serious doubts about its alleged features.

Let’s start with stealth. The Iranians claim that this new plane will be stealthy, meaning that it will be able to avoid radar detection using various technologies. To be clear: only a handful of highly developed countries with mature aviation industries around the world possess stealth technology, and Iran is definitely not one of them.

It’s unwise to make definitive judgments about this “new” plane—which the Iranians have been working on since the days of President Mahmoud Ahmadinejad—because there’s a lot that we don’t know. But from the looks of it (the Iranian military posted some pics online), it seems tiny with seemingly little or no space for things that “conquering” planes will need: avionics, bigger engines, and yes, weapons.

But let’s assume half of Tehran’s claims are true, why compete and ultimately be crushed in a space where Iran’s direct adversaries, the U.S. and some Gulf states, have clear dominance? It makes no financial or strategic sense. It’s nice to have a balanced defense posture but let’s face it: Iran is better off focusing on building its offensive missiles to neutralize its enemies’ aerial advantages.

This is more about political posturing. The unveiling of a new plane, a new missile, and naval exercises in the Gulf are all part of an information campaign by Iran’s leaders meant to reassure the home front and deter adversaries at a time of intense U.S. pressure and renewed sanctions. 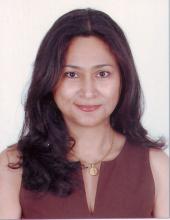 Egypt has been busy on the diplomatic front lately.

While it is involved in one way or another in almost all regional negotiations, those on Gaza and Yemen have been particularly frenetic over the past few weeks.

The discussions on Gaza are particularly convoluted since they involve trying to set up a truce between Israel, Fatah, and Hamas, with the Fatah-Hamas discussions being almost as contentious as the Palestinian-Israeli ones. Although there have been no confirmations as yet, last week the Israeli daily Haaretz published a broad outline of the deal. This included a one-year truce, reopening the border crossing, the expansion of vital fishing zones to 12 miles off the coast, and vital Gaza reconstruction.

The talks, which also involve the U.N., depend on Egypt’s being able to negotiate compromises from all three parties, amid multiple complications. Among those are the insistence of Fatah’s military wing, the al-Aqsa Martyrs’ Brigade, on not accepting a solution unless it includes both Gaza and the West Bank and allegations that the talks are a precursor to U.S. President Donald Trump’s much derided “Deal of the Century.”

President Abdel-Fattah el-Sisi has also met with the Saudis, the Emiratis, and Yemeni President Abed Rabbo Mansour Hadi. While Egypt is sticking to it position on not sending troops to Yemen, it is upping its involvement in security in the Gulf, Red Sea, and Bab al-Mandab strait.

It all signals that Egypt is trying reclaim its role as a regional heavy hitter without committing itself to military commitments or conflicts.