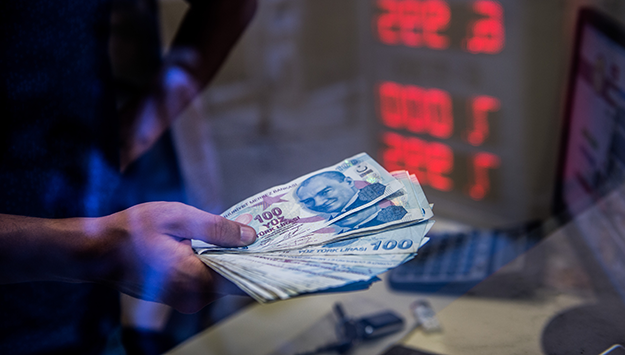 In this week's Monday Briefing, MEI experts Gonul Tol, Robert S. Ford, Randa Slim, and Marvin G. Weinbaum provide analysis on Turkey's currency crisis, talks in Ankara over the future of Idlib, Abadi's chances of clinging to the premiership, and the Taliban's capture of Ghazni.

The Turkish lira has hit a record low, continuing a slide that rattled markets around the world late last week. The Turkish currency has lost almost half of its value against the dollar this year, making it the world’s worst-performing currency in 2018. The crisis is not only creating a headache for President Recep Tayyip Erdogan—it is also unsettling global markets.

The currencies of other major emerging markets are being hit by the lira’s slide, and European banks are coming under pressure over concerns that the lenders are overexposed to the faltering currency. Financial experts have urged Erdogan to take immediate steps, but he insists on maintaining low interest rates and blames the U.S. for “waging an economic war” against the country.

A combination of factors have caused the Turkish currency’s nosedive, and Turkey’s worsening relationship with the U.S. is one of them. The U.S. Treasury recently sanctioned two Turkish ministers for their alleged role in the imprisonment of a North Carolina pastor who has been in jail in Turkey since 2016 on trumped-up terrorism charges. The U.S. dealt the Turkish currency a further blow in a tweet late last week in which President Donald Trump said he had doubled tariffs on Turkish steel and aluminum.

But there are underlying causes too. The country has a large current account deficit and relies on foreign money flows. Inflation is high. Turkish companies have borrowed heavily and will now have difficulty repaying loans in dollars and euros. Worst of all, investors doubt whether Erdogan can take steps to address these issues in a rational way. All these factors have led to fears that the country is sliding into an economic crisis. To get out of the crisis, Erdogan has to make a U-turn on both his unconventional economic views and his uncompromising stance vis-a-vis the U.S.

Russian Foreign Minister Sergey Lavrov will hold talks in Ankara today, and the future of the northwestern Syrian province of Idlib—still held by the Turkey-backed opposition—is high on the agenda. The Syrian government on Aug. 9 urged the remaining opposition fighters there to relinquish their arms and accept government-imposed surrender terms. Damascus launched airstrikes against several towns in Idlib last week, and the Syrian army has reinforced its ground forces near Idlib, readying for ground assaults. The risk of a direct confrontation between Syrian government forces and Turkish forces deployed inside Syria has increased.

A top Russian official on Jul. 31 had downplayed the likelihood of a major assault on Idlib, indicating Moscow would restrain Damascus. On Aug. 13, Moscow released a statement saying that Lavrov and his Turkish counterpart would discuss setting up a meeting about Syria that would include France and Germany. The Russians want Western help to rebuild Syria. At the same time, Moscow has long demanded the elimination of al-Qaeda–linked extremists in Idlib; anti-Russia fighters from the Caucasus are of special concern to Moscow. The Russians are also annoyed at drone attacks against Hmeimim air base launched from inside Idlib.

Recent Russian statements demand that Turkey smash the extremist elements in Idlib quickly, implying that Turkey’s failure to do so would justify military action by the Syrian government. The Russians might even support a Syrian incursion into part of Idlib to squeeze Turkey to act elsewhere in the fractious province. Ankara, beset with deep economic problems and a major dispute with Washington, and worried about a new surge of refugees should wide-scale fighting erupt in Idlib, is poorly positioned to resist pressure from Moscow.

Iraqi political parties are the major stakeholders in the ongoing negotiations to form the parliamentary coalition that will nominate the next prime minister. The conclusion of the manual vote recount, which found a 99 percent match with the May 12 election results, officially launched this process. Parties including those of the Iraqi Shi‘i clerical leadership in Najaf and Muqtada al-Sadr set forth criteria for the next prime minister to meet. While these criteria help frame the ongoing negotiations, two external stakeholders also have say in selecting the next Iraqi prime minister: Iran and the U.S. Since 2003, no Iraqi candidate who is vetoed by either can become prime minister.

The remarks made by the current prime minister Haider al-Abadi at a press conference last week declaring that Iraq will abide by the U.S. sanctions imposed on Iran effective Aug. 6 earned him Tehran's ire. Since then, he has been trying to repair the damage. Following news that a trip to Tehran and Ankara this week was cut short primarily because he was no longer welcome in Iran, Abadi walked back his previous statements, saying that he will commit to not using U.S. dollars in transactions with Iran. It is doubtful that this partial walk-back will succeed in healing the relationship between Tehran and Abadi—a relationship that has been fragile at best.

Abadi’s pronouncements touched a raw nerve among Iranians who feel they have sacrificed blood and treasure to defend Iraq against ISIS. They also strengthened Iranian protesters’ narrative against their government for prioritizing spending on interventions in Syria, Iraq, Lebanon, and Yemen over domestic projects.

Ongoing protests in Iraq over his government’s poor service delivery record and a public mood calling for change at the top have already minimized Abadi’s chances of returning to the premiership. An Iranian veto will make his path to office even more challenging.

Over the last four days, Taliban insurgents have managed to occupy Ghazni, a strategically located gateway city to Afghanistan’s south. Several hundred fighters have succeeded in capturing all but several government buildings and have cut off all telecommunications. Upwards of 100 Afghan security forces have thus far been killed along with an estimated 130 Taliban fighters. In an effort to recapture the city, the U.S. has carried out airstrikes and American advisors embedded with the Afghan military have joined the fight.

The Taliban will no doubt be eventually forced or will choose to yield control of the city. But once again, their success in capturing Ghazni has demonstrated that the Taliban holds battlefield initiative and is determined to either push relentlessly to a military victory or be in a position to dictate the terms of a political settlement.

The greatest damage incurred in the Ghazni offensive cannot be measured by the military setback but in the toll it will take on the public’s confidence in the Kabul government’s ability to provide basic security. The difficulty of getting reinforcements to the city have raised criticisms of the central government’s security officials and provincial authorities for their ineptitude and negligence in not taking heed of the looming dangers to the city.

The assault on Ghazni and other almost simultaneous attacks across the country occur at a time of supposed greater Taliban flexibility toward advancing peace talks. But rather than being dispirited by these latest attacks and questioning the Taliban’s intentions, the many in Kabul, Washington, and elsewhere that are desperate for a way out of the conflict will probably only see the need to redouble their efforts.