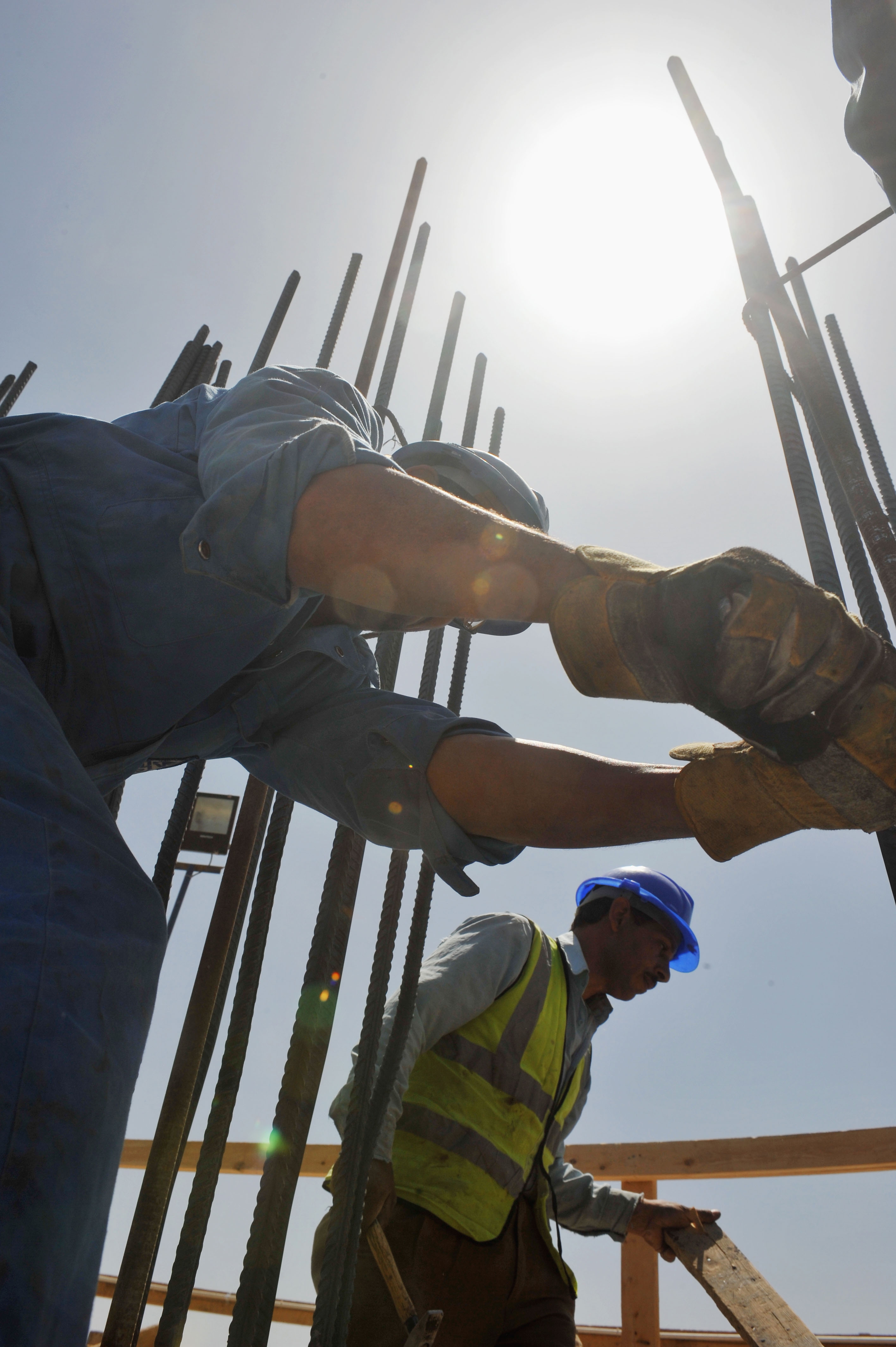 This essay explores the liminal position of second-generation Lebanese-Australians and their struggle to find home in the context of racism in the host-nation and ambivalent belonging in Lebanon. The case of immigrants from the village of Hadchit, a Maronite Catholic village in north Lebanon, who reside in Sydney shows that physical mobility between Lebanon and Australia cannot resolve el ghurba, the feeling of homelessness and exile. Rather, women's practices of care within domestic space mediate the contradictions of the migration process by defining the emotional and spiritual core of home within mobility. Home transcends place and is defined, not by geography, but by its affective and spiritual dimensions, which are socially constructed by women. [1]

Migration from Hadchit to Sydney

Migration from the village of Hadchit began during the first wave[2] of Lebanese emigration in the 1890s and went to 14 countries,[3] with the majority of migrants settling in the United States (in St. Louis, Missouri, Butte, Montana, and Portland, Oregon). In the post-World War II period, migration from the village of Hadchit shifted to Sydney, Australiam, and intensified in the aftermath of the Lebanese Civil War (1975-1990). Today there is a migration cluster of approximately 500 households from Hadchit in the suburbs surrounding Parramatta, who are part of the broader Maronite Diasporic community in Sydney.[4] Lebanese Christians comprise 50.3% of Australia’s Lebanese population, while 40.5%[5] are Lebanese Muslims. The remainder derive from Lebanon’s 18 confessions and minorities, which together include eastern rite Christian denominations (including Maronite Catholic and Orthodox), Sunni, Shi‘ite, and Alawite Muslims, and Druze.[6] Lebanese settlement patterns in Australia have tended to reproduce the spatial segregation of Christians and Muslims between Parramatta Local Government Area (LGA) and Bankstown/Lakemba LGA,[7] but not exclusively. In total, there are 74,850[8] Lebanese-born adults in Australia; their children, the second generation, are thought to number at least 200,000.[9]

While contact between the American Hadchit descendants and Lebanon became attenuated over time, the Australian Hadchitis claim a transnational and synchronic connection, which has been facilitated by globalization and electronic technologies such as phone, satellite, and the Internet. A paradox of this new-found connectivity between Diaspora and homeland peoples is that it has been accompanied by the rise of anti-immigrant sentiment in immigrant-receiving nations, especially for Arabs living in the West in the aftermath of September 11, 2001. Lebanese migrants in Australia have found themselves in a particularly difficult position after a series of moral panics since the late 1990s,[10] which culminated in the Cronulla Riots of 2005.[11] The experience of social exclusion in Australia amplifies the feeling of el ghurba and has led members of the second generation to reconnect with Lebanon.

Return to the Shrine

Return visits to Hadchit from Sydney are popular, and have steadily increased since the end of the Lebanese Civil War in 1990. The 500-household Hadchit Survey[12] in Sydney found that 31% of respondents have returned frequently to Lebanon, with a further 30% having returned at least once in the last five years. Through return visits, returnees seek to re-connect with the land (ard) of Hadchit. A common narrative of return is a description of touching and kissing the ground and feeling a love of the soil of Hadchit as if it were sacred. But even the intensity of this connection is experienced simultaneously with being “out of place” and an “Australian” in the village, as this second generation returnee describes:

I felt more Australian there, but on a spiritual level I felt connected and the ground was holy — sacred and I wanted to take a piece of that land home and I felt an appreciation of Aboriginal people. I felt the soil was speaking to me — and then I understood what the Aboriginal people were talking about. When I went there I felt more Australian. They spoke too much in the village about everyone else’s life — they would tell you every detail about everyone’s life and the girls. When I got up and walked outside everyone knew I had got up and had breakfast. The gossiping got to me. Also — their spirituality — they are surrounded by saints and churches and they didn’t go to church on Sunday and I was shocked by that.

In fact, finding identity and belonging in the home village of their parents has turned out to be fraught with contradictions. Often, return migrants find themselves positioned as “Australians” or at best “Mughtaribi” (return immigrant), but certainly not “locals” as this interviewee tells us:

Did they accept you in Hadchit?

According to the Hadchit Household Survey, 28% of returnees strategically time their return visits for the St. Raymond’s Day Festival, named for the patron saint of Hadchit, which is held in Hadchit every September. When asked why, they say they go there to dance Dabki, the Lebanese spiral dance, in the village square of their forefathers:

The St. Raymond’s Festival in Hadchit is Arabic music and Dabki dancing. I am really into it. I really love Dabki. It gives you a big high — I get emotional — you get sort of — you are with your family [and] you don’t see them — but then you get really high and you feel like you belong, that this is where you should be for that moment. Then you come back to reality the next day and think that you work tomorrow and how are you going to make the next dollar.

This interviewee describes his desire to unify and transcend the experience of contradiction and liminality. Through the cathartic power of the Dabki dance, returning emigrants experience communitas[13] and are able to unify the two competing conceptions of home: one that moves with the migrant, and the other that is tied to the primordialism of place and ancestry, if only for a moment.

If dance momentarily unifies the competing constructions of home between Sydney and Hadchit bodily, how is it resolved conceptually?

This interview describes the construction of dual belonging by making a division between two kinds of home — the everyday home, which moves where the migrant moves, and the conversion of Hadchit into a spiritual motherland where the connection to place is symbolic and spiritual.

The Spiritual Resolution of El Ghurba

If home is shifting, what defines the core of home for immigrants from Hadchit? I conclude that it is highly gendered. Where is home? A common reply is “at my mother’s table:”

Absolutely — friends, work make us feel at home. This is where we grew up and made our daily routines. Mum’s cooking is one thing that you become accustomed to and you never enjoy anything other than your mum’s food at her table with her tablecloth. Doesn’t matter where you go — even in Hadchit it is not the same as your mum’s table.

In this formulation, home transcends place and is defined not by geography, but by sitting at “mum’s table.” It is here that the immigrant can “be at home.” Eating the food of one’s mother at her table provides the ultimate feeling of nurturance that forms the core of home, identity and belonging. The feeling of home, therefore, is defined by its affective and spiritual dimensions, which are socially constructed by women. The most important woman for the construction of home is the matriarch, sit el bayt, the power of the house. Women perform a mediating role between the sacred and profane and resolve contradiction through a “spiritual division of labor” within the home, where they construct and reconstruct home at the “kitchen table.” This is the key to being “at home” within mobility.

[1]. This article draws on the findings of my doctoral thesis, submitted in November 2009 (ANU), “At My Mother’s Table: Migration, (Re)production and Return Between Hadchit, North Lebanon and Sydney.”

[2]. A. Hourani and N. Shehadi, eds., The Lebanese in the World: A Century of Emigration (London: The Centre for Lebanese Studies in association with I.B Tauris & Co Ltd, 1992).

Through return visits, returnees seek to re-connect with the land (ard) ...