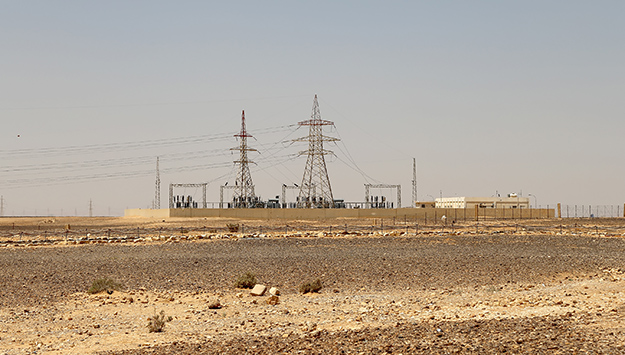 Amidst great excitement, Jordan signed a $10 billion agreement with Russia to construct the country’s first nuclear power plant in March 2015. Chairman of Jordan’s Atomic Energy Commission (JAEC) Khalid Toukan confidently asserted, “We aim to build a state of the art nuclear power plant that will be a showcase for the region.” Promising cheap energy, Toukan assured that nuclear power is the optimal way forward. Yet, independent experts— both domestically and abroad— fear that the Jordanian government's insistence on pursuing nuclear energy is leading the country down a harmful path.

In an interview at the JAEC office, Toukan championed nuclear energy as providing stability to the country. Noting that Jordan imports 98 percent of its energy, Toukan added that the nuclear program would supply Amman with energy independence and allow Jordan to “stand on its own feet.” While the Hashemite kingdom previously relied on Egypt for natural gas, the numerous attacks targeting the country’s pipelines after the 2011 uprisings reduced supplies to Jordan. Toukan, who obtained a Ph.D. from M.I.T. in nuclear engineering, assured that the program would boost Jordan’s technological and scientific skills for the coming generations.

Although Toukan promises that the nuclear project will offer Jordan energy independence, others point out that in order for Jordan to build the expensive project, it will be forced to rely on foreign funding. Under the 2015 deal, the Russian state-owned company Rosatam agreed to fund 49 percent of the project, with Jordan accepting responsibility for the remaining funds. However, Russia’s ability to fund the project should also be called into question. The International Monetary Fund warns that Russia will likely remain in a recession throughout 2016 due to declining oil prices. Deputy Finance Minister Sergei Storchak emphasized in January that the country could suspend its foreign loans due to a “strained” budget, risking the future of Jordan’s nuclear project. Furthermore, after signing a 2010 deal with Turkey, Daily Sabah reported in April that Rosatam is planning to sell 49 percent of its shares in the plant because of severe financial problems. How would Jordan fund its nuclear program in a similar situation if Russia were to cut its assistance?

Even if Moscow manages to provide its promised financing, Amman is still required to find enough money to fund its half of the project. Jordan’s own economic situation is fragile. The country’s debt has nearly doubled since the beginning of the Syrian conflict, jumping from $18.9 billion in 2011 to $35.2 billion this year. Jordan’s generous absorption of 655,000 refugees and closed borders with Syria have strained the country’s resources. Amman’s public debt to G.D.P has spiked to 93 percent. In order to finance the nuclear project, Jordan could raise taxes or cut subsidies, but both these moves would be deeply unpopular and have previously provoked massive demonstrations.

When signing the deal with Russia, Toukan mentioned that other international investors would cooperate with Jordan to finance the expenses. In March 2015, he promised that the country would sign deals with these partners “by the end of the year.” Midway through 2016, no such contracts have materialized, according to Toukan’s own admission. Seven years ago, the atomic chairman argued that Jordan could rely on uranium mining to fund the nuclear program, with Amman earning $1.25 billion annually. Ali Ahmad, director of the Energy Policy Program at the American University of Beirut called such figures “ridiculous.” The French mining company Areva left Jordan after finding the country’s uranium quality to be below standard and not commercially profitable. Ahmad added that uranium prices have plummeted from $135 per pound in 2007 to only approximately $35 per pound today. Therefore, many nuclear experts consider Toukan’s plan to fund the nuclear program with uranium to be highly unrealistic.

Security risks also warrant caution in regards to the country’s nuclear project. Striking a nuclear site would be a strategic accomplishment for terrorists and would provoke unspeakable damage. In March 2016, the Jordanian government accused Islamic State militants of engaging in an intense firefight with security forces, leaving eight dead in the heart of the Hashemite kingdom’s third largest city Irbid. Even in the country’s most secure environments, terrorism has penetrated. On June 6, the first day of Ramadan, a terrorist killed five Jordanian officials at the Ba’qaa intelligence office. Toukan admits that an attack at the nuclear facility is a genuine possibility, but asserted that, given the potential rewards of the project, “you have to take the risk.” Furthermore, Jordan neighbors the war-torn Syria and Iraq and has acknowledged that about 2,000 ISIS agents are camped at the country’s northern border. The current hazardous security environment makes the building of a nuclear plant in Jordan especially risky.

Domestic opposition to the nuclear program has been fierce. In 2012, the Jordanian parliament voted to suspend the building of the country’s nuclear reactor. M.P.s noted that the nuclear program “will drive the country into a dark tunnel and will bring about adverse and irreversible environmental damage.” Vocal parliamentarian Hind al-Fayez from the influential Bani Sakhir tribe— which is situated near the proposed construction site— asserted that the JAEC would build the plant over her “dead body.” Nonetheless, the legislative vote did not deter government officials from signing the deal with Russia and marching ahead with the nuclear reactor. Even within the royal family, divisions persist toward Toukan’s project. Princess Basma has voiced reservations against the nuclear program, as she is a strong environmental supporter.

Jordan’s water scarcity is alarming, given its importance in cooling nuclear power reactors. The Hashemite kingdom is the world’s fourth water-poorest country, according to the United Nations. The JAEC initially proposed building the reactor near Aqaba and the Red Sea for better access to water. But, the atomic commission shifted sites to Amra in the heart of the desert, approximately 37 miles east of Amman. Toukan, who previously headed five government ministries, including energy and education, noted that al-Samra’s wastewater plant would be utilized for cooling. However, M.V. Ramana, a nuclear expert at Princeton University, explained that diverting the wastewater, which is currently being used elsewhere for agriculture, will further strain the country’s limited resources. Ramana added that, if the wastewater plant were to shutdown, the nuclear reactor would lack the required water for cooling, potentially leading to a nuclear meltdown. As the vast majority of nuclear sites are built near large water sources, Ramana emphasized that only one other nuclear plant worldwide uses wastewater for cooling. Safety concerns in the nuclear industry have become especially sensitive after the horrific 2011 disaster at Japan’s Fukushima plant.

Jordan’s recent decision to purchase two large 1,000-megawatt reactors further complicates the situation. Electrical experts note that no single power plant should be larger than 10 percent of the country's total energy capacity. However, since Jordan’s limited current capacity is approximately 3,400, then the large nuclear plants far exceed the recommendation. If the plant shuts down— either for regular maintenance or during an emergency— then a significant share of the power supply would become inaccessible and possibly destabilize the entire grid.

Responding to this argument, Energy Minister Mohammad Hamed stated that Jordan's electricity demand would triple by 2030. This would potentially solve the problem of Jordan's limited energy capacity. Nonetheless, nuclear specialists question whether Jordan can increase its electricity capacity so dramatically in this short period of time.

Jordan’s persistence in following the nuclear path, despite the many risks, is harmful due to the high opportunity costs. The Hashemite kingdom has spent at least $160 million on the nuclear program according to Toukan, with outside experts assuming the number is much higher. Thus, Jordan no longer has enough money remaining to invest in renewable energy sources, such as solar and wind energy, because of the country’s limited budget. A.U.B.’s Ahmad has been pushing for increased attention toward solar energy, whose prices have dropped by 80 percent since 2008, and cited the United Arab Emirates as a model for its significant investments in solar power.

Since Jordan established the Atomic Energy Commission in 2007, Toukan has worked intensely to establish a nuclear energy program. However, experts caution that the security challenges, funding concerns, scarcity of water, and domestic opposition pose significant hurdles to a successful nuclear project. Perhaps the Jordanian government should consider whether this is the best usage of the country’s limited resources, particularly at a time of increasing economic challenges. As Jordan has not yet broken ground for construction, it is still not too late for Amman to reevaluate its nuclear ambitions.