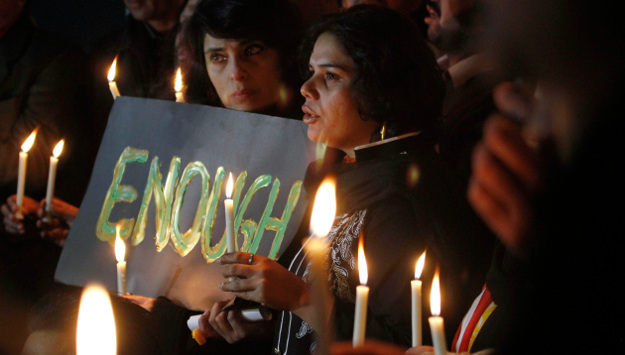 This article, co-written by James P. Farwell, was first published by The National Interest.

Shot in both legs, Shahruh Khan survived the Taliban attack on the Army Public School in Peshawar, Pakistan. “The man with big boots,” Al Jazeera quoted Khan as saying, “kept on looking for students and pumping bullets into their bodies.”

It took army units eight hours to kill the seven attackers who wore army uniforms and suicide vests. The carnage included 141 dead, including 132 helpless children. As the school had over a thousand pupils aged between five and eighteen, with 960 students and staff surviving, the only heartening news is that the toll could have been worse as the terrorists searched out and shot children hiding beneath desks. The Tehrik-e-Taliban claimed responsibility as revenge for last summer’s army offensive code-named Zarb-e-Azb, which has killed thousands of Taliban members in North Waziristan.

Amid national shock over the school shooting, the army took aggressive action against the Taliban in North Waziristan and showed that it could employ massive air strikes to deadly effect when it actually chose to do so. Nawaz Sharif, whom former President Pervez Musharraf once branded a “closet Taliban,” suddenly made all the right noises. These included a declaration that Pakistan would no longer tolerate a distinction between “good” and “bad” Taliban. “Good” Taliban did things like serve as proxy forces for Pakistan’s interests in Kashmir and Afghanistan but not attack fellow Pakistanis. “Bad” Taliban targeted the Pakistani state.

Nawaz also took the extraordinary step of sitting next to Tehreek-i-Insaf Chairman Imran Khan, who last year ignited huge demonstrations alleging that Nawaz’s Muslim League political party had won the last elections through voter fraud and demanded his resignation. Perhaps most significant, if true, is the military’s claim that it has targeted members of the Afghan insurgent Haqqani Network. Many have argued that the Haqqanis operate with the knowledge if not the support of Pakistan’s Inter-Services Intelligence agency (ISI).

But where does it lead?

Continue reading at The National Interest.