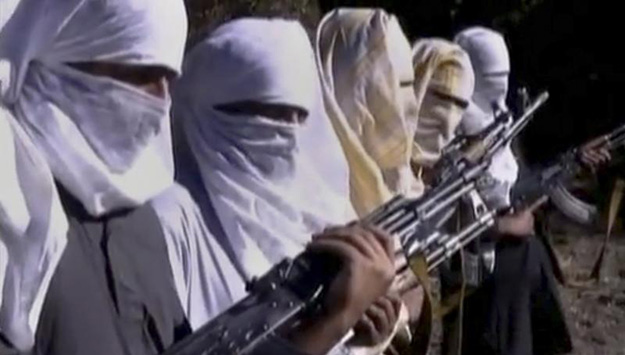 Al-Qaeda appears set to make a comeback in Pakistan, with battle-hardened militants returning from Syria and Iraq and eyeing for the resurrection of al-Qaeda in Pakistan.[i] A new terror group, Jamaat ul Ansar al-Shariah Pakistan, surfaced in June 2017, and is comprised of fighters who have returned from the Middle East.

Hitherto the Ansar al-Shariah militants have been able to perpetrate five terrorist attacks, four in Karachi and one in Baluchistan province. A pamphlet dropped at the site of the June 22 Karachi attack declared the group’s intention to revive al-Qaeda in Pakistan.[ii]

The new organization, led by little-known jihadi Ahmad Farooq, appears to be an agglomerate of Islamist terrorist groups endeavoring to converge at a platform to reintroduce al-Qaeda, and resume terror activities under its banner.

Al-Qaeda developed a close bond with Pakistani Islamist extremists as a result of their collaboration in the Afghan war. The terror group suffered severe setbacks, however, due to a C.I.A.-led drone campaign that depleted al-Qaeda of key strategists such as Ilyas Kashmiri, Adam Gahdam, Attiya Abdul Rehman, and others in Pakistani tribal areas. Furthermore, factional fighting among al-Qaeda allies after the death of Emir Hakeem ullah Mehsud in a drone strike in December 2013 also weakened the group.

But al-Qaeda’s fortunes could be changing as part of a blowback from the wars in Syria and Iraq. The al-Qaeda-linked T.T.P. has been able to regroup, and Punjabi Islamist terrorist groups such as Lashkar-e-Jhangvi (LeJ) are coming back into its fold.[iii] ISIS’s returnees from Iraq and Syria are now also joining al-Qaeda in Pakistan, as shown by the establishment of Ansar al-Shariah Pakistan.

Despite repeated military operations, drone strikes and stern law enforcement measures against al-Qaeda and its linked groups in Pakistan, the al-Qaeda high command did manage to save some key leaders. According to unverified accounts Saif al-Adl, the al-Qaeda number two, was in Iran for a time, but his current location is uncertain.[iv] As is the whereabouts of al-Qaeda Emir Ayman al-Zawahiri, but he is expected to be holding up somewhere in Pakistan and maintaining a flow of communications with his field commanders.

Zawahiri has been able to sustain the ISIS deluge, and managed to secure most of its rank and file from falling into the hands of ISIS-Khorasan. His apparent strategy was wait-and-see, and did not issue many statements during 2014-16 when ISIS had inundated world media. Zawahiri perhaps had an idea that that the ISIS phenomenon would not last long; meanwhile he kept deliberating and endeavored to keep his organization afloat. As far as leadership is concerned, al-Qaeda still possesses some seasoned jihadis, capable of leading and reviving the organization, at least in Pakistan.

As Zawahiri was waiting for the right movement, he gave an interview to Nawa-e-Afghan Jihadi, an al-Qaeda magazine in which he desired to embrace those who left Al-Qaeda to join ISIS, and showed his confidence in the leadership of the Afghan Taliban. The failure of ISIS-Khorasan to gain a footing in Afghanistan, after a concerted campaign by U.S. and Afghan forces to deny them space, as well as their fierce clashes with the Taliban, has given room to al-Qaeda to move in the Pakistani jihadist scene.

Perhaps al-Qaeda is endeavoring to bring the old item in new wrappings. This is perhaps one reason behind the creation of al-Qaeda in the Indian Subcontinent (AQIS), which was created at a time when ISIS was at its peak and thus did not take off or perform any significant terrorist acts. Jamaat ul Ansar al-Shariah Pakistan is al-Qaeda’s subsequent attempt to reinvigorate itself in Pakistan.

Unlike , Ansar al-Shariah seems more active and has a highly trained and seasoned cadre. Two years ago, the prospects of al-Qaeda in Pakistan appeared dim, but the organization is striving hard make a comeback.

Al-Qaeda was born in Pakistan in the aftermath of Afghan War (1979-89), and has been able to fit in the jihadi landscape of Pakistan due to its close ties to Pakistani and foreign jihadist groups operating in Pakistan. The rise of ISIS took some of the light away from al-Qaeda, but with ISIS now on the decline, al-Qaeda is working to resurrect itself in Pakistan.

[i] Discussions with senior police officer of Karachi police, who requested for anonymity.

[ii] Pamphlet dropped by the terrorists at the spot in SITE area attack on June 22, in Karachi