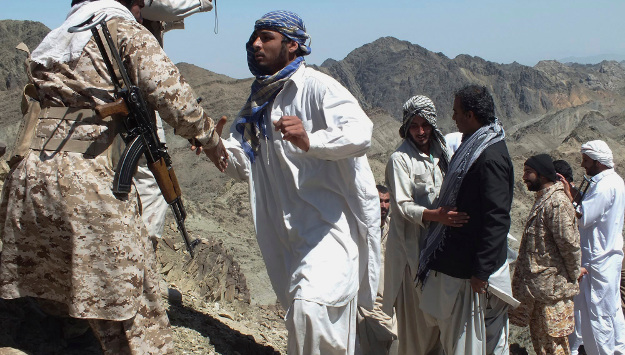 Iranian soliders recovered after being held by Jaish al-Adl

This article was first published on BBC News.

There have been a number of rounds of border skirmishes between Iran and Pakistan since the first week of October. However, reports that Pakistani forces have returned mortar fire is highly unusual and represents an increase in tensions that have marred this region for years.

Last week some 30 Iranian security force personnel crossed the border in pursuit of anti-Iranian militants. The Iranian raid resulted in the death of a Pakistani Frontier Corps soldier.

Islamabad lodged a diplomatic protest. A meeting on Wednesday in Tehran on increasing intelligence sharing between the two countries was meant to end this latest spat. That meeting clearly did not achieve its objective.

The problem is considerably deeper than merely finding ways to share intelligence about border crossings. Officials in Tehran have for years maintained that the Pakistani side is either incapable or reluctant to stop cross-border attacks.

In fact, Iranian officials often accuse elements in Pakistan - with the alleged backing from Gulf States - of providing sanctuary and support to anti-Iranian militants to try to create instability for Tehran. The Pakistanis have always rejected such charges.

The militants at the heart of the dispute are from Jaish Al-Adl (Army of Justice). It is an ethnic Baloch and Sunni group which purports to fight for better living conditions in Sistan Baluchistan, Iran's most impoverished province.