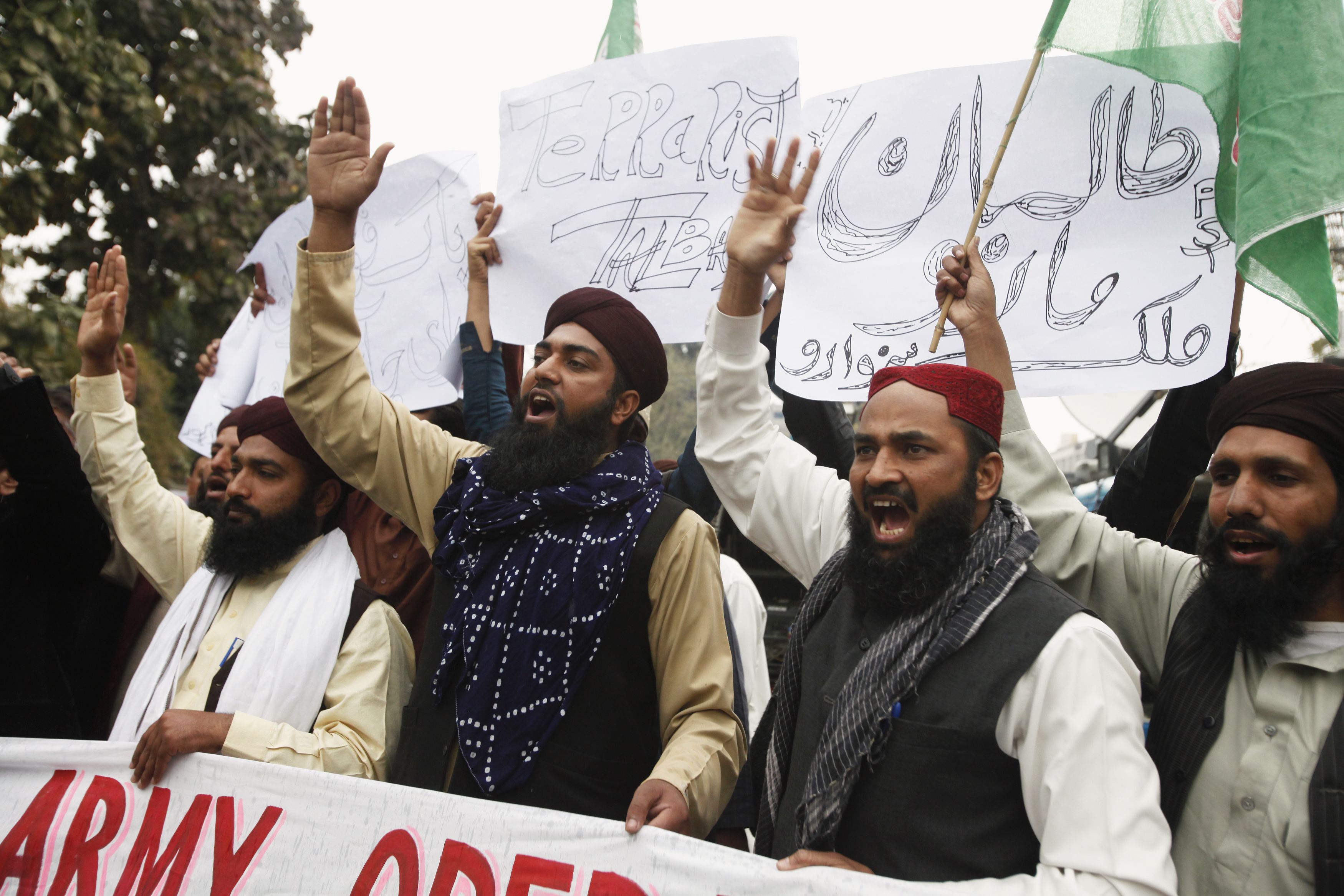 Who would have thought that a prime minister and his party elected some 15 months ago with a landslide victory would now be facing the possibility of being forced from office? In a replay of the 1990s, when a succession of elected governments were ousted by street power and military scheming, two political movements have converged to try to oust Prime Minister Nawaz Sharif's government from power. One of these challenges, led by Sufi cleric and self-proclaimed reformer Tahir-ul-Qadri, claims that the government has forfeited its mandate through corrupt and autocratic leadership. His followers were energized in June by a brutal police putdown of a protest gathering in Lahore, which resulted in the deaths of 14 of his supporters. Qadri postponed a scheduled "peaceful revolutionary" march planned for August 10 after new confrontations the previous day killed eight more people and injured over 100 others across the Punjab. Qadri has called for renewed anti-government protests on August 14.

The other and perhaps more substantial political threat to topple the government is by Imran Khan who plans to lead an automobile ‘march' from Lahore to Islamabad -- also on Thursday. Khan threatens to then flood the capital with protesters and sit-ins. The former cricket star, whose party holds power in Khyber-Pakhtunkhwa province, alleges that many of the May 2013 parliamentary contests were rigged and demands the government's resignation and new national elections. Both protests have been endorsed by most -- but conspicuously not by all -- of the opposition parties in the parliament.

Both the Khan and Qadri camps are widely acknowledged to have close ties to the military. Neither of the two challenges to the government would very likely have gotten this far without a favorable nod from the military. Also, it is hardly a secret that the generals have no love for Sharif; or that Sharif, who was removed as prime minister in a 1999 military coup, remains resentful. But the military's intentions are not clear. Does it really want a politically unstable Pakistan while engaging in large scale military operations in North Waziristan? And is a new national election really part of its game plan? Or could this be about the generals using a breakdown of order to create the pretext for another full military takeover?

The military is not plotting to bring down the Sharif government, much less to seize power -- although there are always unintended consequences. The military's purpose in working through both protest movements --whose intentions are dead serious -- is primarily to keep in check an overstepping prime minster. However much the military's agents may have encouraged Khan or Qadri, both men are seen by the military as too unpredictable and difficult to control if allowed to assume national leadership.

While the military leadership would not shirk from taking power were it deemed necessary, it has little motive to do so now.  Despite having relinquished formal power in 2008, the military has never ceded its control over Pakistan's security and foreign policy. Nor has it surrendered its willingness to veto domestic measures thought to threaten its core institutional interests. Otherwise, Pakistan's generals have given the last two civilian governments a wider birth, gladly leaving the civilian government greater responsibility for dealing with the country's formidable economic and social problems.