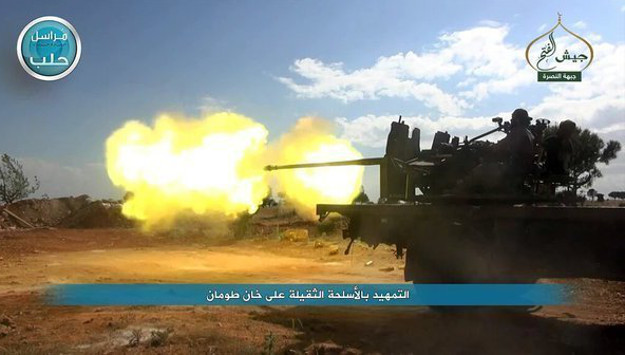 The full article can be found at The Cipher Brief.

The Cipher Brief: How influential is al Qaeda in Syria? What are the group’s objectives there?

Charles Lister: Al Qaeda has methodically enhanced its standing in Syria and finds itself in 2017 as arguably the most influential, explicitly anti-regime actor in the conflict. This sustained increase in power has been achieved through a carefully managed strategy implemented by a central shura leadership that has clearly learned lessons from al Qaeda’s past and has set about operationalizing a more advanced level of strategic thinking that al Qaeda’s global strategists had begun debating in 2008-2009.

The first phase of this strategy began in mid-2012 and saw the group present itself to Syrian revolutionaries as an elite-led jihadi vanguard that had come to Syria as a “support front,” to lend its efforts towards the broader opposition’s armed struggle against Syrian President Bashar al-Assad’s regime. This phase lasted from mid-2012 until late 2015.  Al Qaeda in Syria, known then as Jabhat al-Nusra, focused on building alliances and avoiding enemies, while deeply embedding itself in the nationally-focused revolution. The purpose of this “embedding” phase was to establish a reputation as a necessary component of the opposition movement and to methodically socialize people into accepting the presence of jihadists in their midst. Over time, particularly amenable opposition groups saw themselves subtly infiltrated by figures who advocated an eventual integration of Islamic opposition factions under one united umbrella.

The second phase of al Qaeda’s operations in Syria began in late-2015 and can best be described as seeking to exploit the embeddedness of the group within the opposition revolutionary movement in order to encourage a large-scale “uniting of the ranks.” By convening a mass merger of Islamist-minded armed groups, at least tacitly, under its ideological and strategic influence, al Qaeda sought to establish and consolidate the influence gained in the first phase and to make permanent its leading role in the Syrian crisis. Once it theoretically achieved this in full, al Qaeda would have been in a position to achieve its ultimate goal: to declare one or more Islamic Emirates in Syria.

This second phase of transitioning into a mass movement has posed substantial challenges to al Qaeda’s long game plan in Syria, not least because Syrians remained concerned about the group’s transnational jihadi roots, even when al Qaeda’s current Syrian affiliate claimed to have broken all external ties. When faced with such concerted distrust, al Qaeda has tended to lash out against perceived challenges or threats, actions which have further dented any level of trust gained through the first phase.

Having said that, Jabhat al-Nusra and its successor movements -- Jabhat Fateh al-Sham and now Hayat Tahrir al-Sham (HTS) -- have consistently proved themselves to be formidable fighters on the battlefield. So long as enough Syrians remain committed to a military struggle against the Assad regime, al Qaeda will retain predominant influence over the trajectory of the opposition’s role in conflict. This is essentially where we are today: Syrians arguably distrust HTS more than at any point since late-2011, but the prioritization of the military struggle means that fighting the regime is likely to trump any distrust in existence.