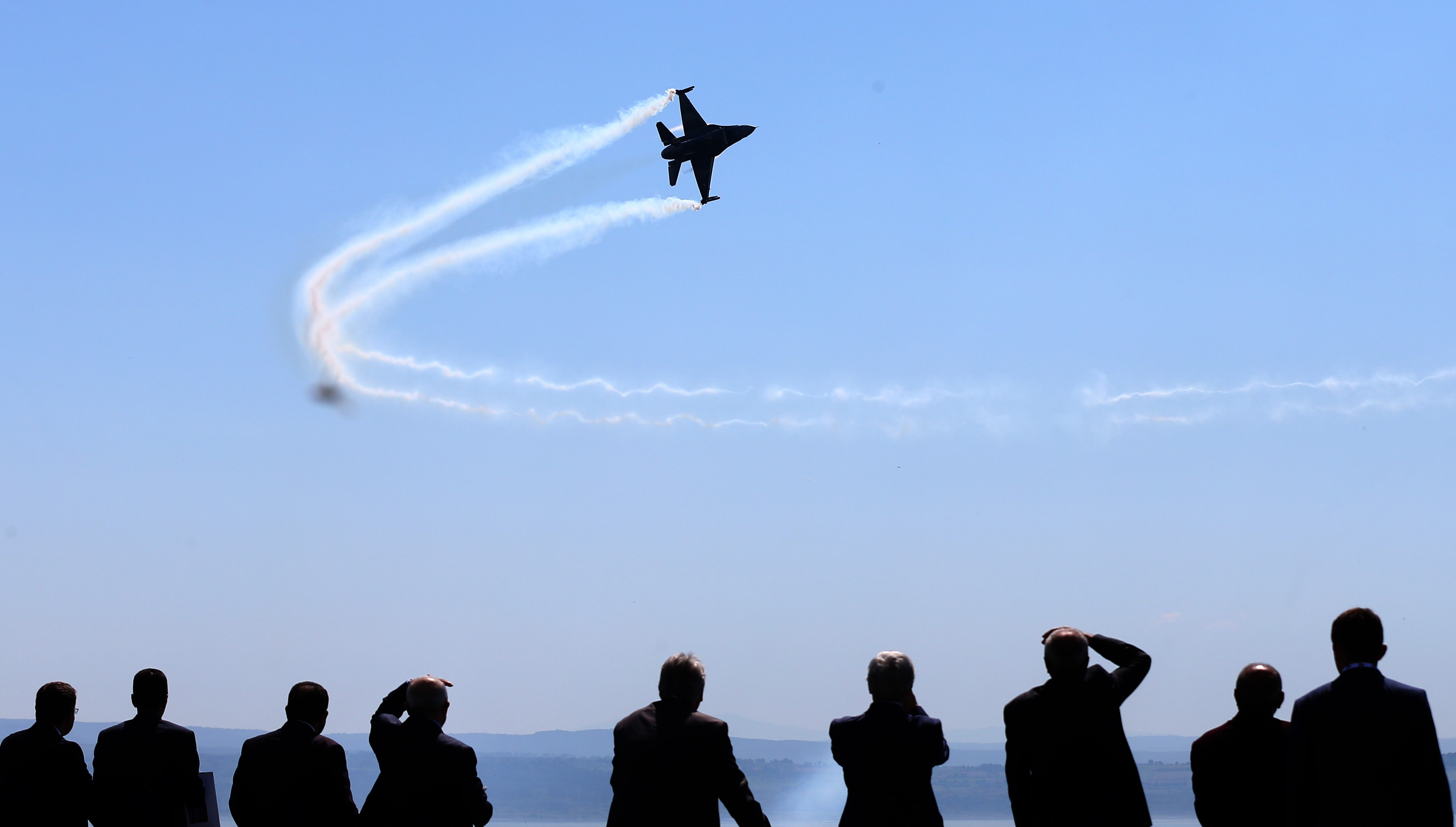 On Jun. 18, the U.S. Senate voted for the National Defense Authorization Act (NDAA), which proposes blocking the delivery of F-35 combat aircraft to Turkey and advises the removal of Turkey from the 20-year-old international program for joint production of F-35s. This motion was preceded by a May 25 vote in the U.S. House of Representatives suspending the delivery of F-35s until Secretary of Defense James Mattis submits an assessment of the impacts of Turkey’s recent order of a Russian S-400 air defense system on not only the security of Turkey’s U.S.-supplied weapons systems, but also the overall U.S.-Turkey defense relationship. The two actions are still due to go through a reconciliation process before becoming binding, which will probably take place later in the summer.

What is at stake is a well-over $10 billion order for cutting-edge combat aircraft that Turkey has already invested $175 million to develop and in which Turkish defense companies have been deeply involved as industrial partners since the late 1990s. It is the largest defense equipment transaction ever between Turkey and the U.S., and as such came to signify the magnitude of industrial and technological cooperation between two formerly staunch allies. The fact that the congressional votes took place demonstrates the severity of the recent strain in the U.S.-Turkey defense and security relationship. The divergences and tensions appear to have hit such a peak that they may soon result in an irreversible, mutually damaging rupture, and perhaps even bring about the end of the 75-year-old alliance between Ankara and Washington.

Congress is primarily concerned that closely guarded U.S. secrets will be compromised if the F-35 and Russian-supplied S-400s are co-located. Additionally, some within Congress are dissatisfied with the degradation of human rights and democracy under President Recep Tayyip Erdogan, the long pre-trial detention of a U.S. pastor in Turkey, and the brutal use force by Erdogan’s security detail during a visit to Washington in May 2017.

Lost between the headlines, but certainly more significant and decisive, have been the ever-widening divergences and discrepancies between U.S. and Turkish policy and priorities in the Middle East. The origins of this divergence can be traced back to 2003, when Turkey refused to allow the U.S. to use its territory to invade Iraq. Turkey’s increasingly volatile and unpredictable foreign policy trajectory under Erdogan’s rule has not helped, nor has Washington’s unwillingness to supply Turkey with advanced military hardware badly needed for counterinsurgency and cross-border operations (e.g. long-endurance drones).

Yet, the catalyst for the flare-up was provided by the conflict in Syria, where Ankara’s and Washington’s agendas and priorities began to diverge starkly from those of the other. From 2015 onward, and under the guise of eliminating ISIS, the U.S. chose as its principal ally in Syriaan armed Kurdish group that Turkey saw as a terrorist organization and an existential threat. Ankara’s rapprochement with Russia and Iran to keep its foothold in Syria added to Washington’s ire and frustration.

The consequent fault line in American and Turkish security policies and perceptions has been deep and persistent. The July 2016 coup attempt further eroded the relationship, with Erdogan promptly placing the blame on Washington and treating the U.S. as a direct threat to his rule. The bottom line is that Congress came to perceive and treat Turkey not as an ally but as a defiant player acting to the detriment of U.S. interests. As such, no confidence exists today in Washington that Turkey would use its F-35 fighters responsibly in the region, and concern is rife that they might use them against the Kurdish groups in Syria and Iraq that Washington praises and values as its regional allies.

Paradoxically, on Jun. 21, only three days after the Senate vote, the Turkish air force received its first two F-35s in Texas. Those first aircraft, out of Turkey’s order of 100, are scheduled to stay in the U.S. until 2020 and will be used to train pilots and maintenance crews. The lag between delivery and actual transit to Turkey provides both Washington and Ankara with valuable and convenient leeway to seek a resolution to their multiple disputes and differences, whose first signs may already be emerging in the form of a truce over the Kurdish-held Syrian enclave of Manbij.

Yet there appears to be an extreme lack of confidence and a very negative image of Erdogan shared by virtually all power centers in Washington, from Congress and the individual branches of the Trump administration to the media and general public. With such a complete, unprecedented lineup of adversaries, progress on specific issues and differences is quite unlikely to reverse the U.S. position on Turkish F-35s. In other words, as long as the current Turkish leadership stays in power, Turkey will remain in the eyes of U.S. policymakers as untrustworthy and unpredictable. In such a scenario, the transfer of the F-35s would be a far-fetched possibility.

While recognizing the dire ramifications on bilateral relations between Turkey and the U.S., delay or even a failure to receive its F-35s would not strike a fatal blow to the Turkish air force, at least not in the short term. In 2013, Ankara kicked off a grandiose scheme to develop and manufacture its own fighter plane. The so-called TFX has been contemplated as a high-performance air superiority fighter to eventually replace Turkey’s large fleet of around 230 active F-16s after the mid-2020s. However ambitious and ambiguous its goals may be, the TFX project would keep the spirits and expectations of the Turkish air force high, and therefore render it more patient. All the while, the air defense penetration and strike roles expected from the F-35s would be performed by F-16s, which would be kept potent and proficient through consecutive upgrade cycles. In fact, such an upgrade is already underway by Turkey’s own industries.

Not unlike the F-15 Eagle’s transition to the F-15 Strike Eagle, the TFX’s evolution toward an airstrike variant may be on the table in the future. Additionally, ground-based air defense could be expected to gain in prominence—a trend already visible in the S-400 order and the multiplicity of surface-to-air missile development programs currently underway in Turkey. Of all the possibilities, recourse to an alternative strike aircraft appears to be the least plausible: all the realistic options—Russian, Chinese, or others—would entail an insurmountable budgetary, operational, training, and logistics burden. Nevertheless, given the Turkish leadership’s reputation of frequently opting for the least likely, least plausible, and least beneficial of alternatives, it would be prudent to be ready for all eventualities.

Sitki Egeli is a military and security studies analyst teaching at Izmir University of Economics.